Wherever you are in the world, we wish you a very Happy 2012! We hope you have fun plans to party it up with your friends on New Year’s Eve.  What better way to say goodbye to the 2011 and welcome 2012 than getting plastered drunk and puking on the sidewalk?  We kid, we kid (well, not really).  If you’re hitting the town (hopefully in a cab or with a designated driver) for one of the numerous parties to celebrate the year’s end, we’d recommend bringing these things along. They could be fun or and some could be annoying. Depends whom you ask. 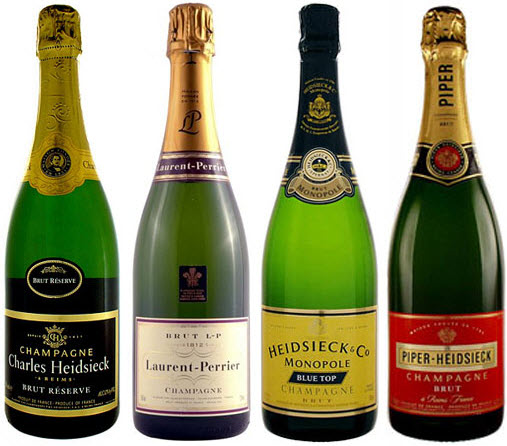 There are few better feelings than popping the cork on a bubbly as soon as the clock strikes 12.   Problem is, good champagne costs good money.  Instead of settling on some random sparkling wines masquerading as real French creations, try to see if you can pick up any of these sub-$30 bottles of true champagnes. Granted, they won’t taste as awesome as a bottle of celebratory bubbly from one of the renowned houses over at Tête de Cuvée, but they’re a lot better than the $8 sparkler you were prancing around with last year.  [Top 10 Cheap Champagnes] 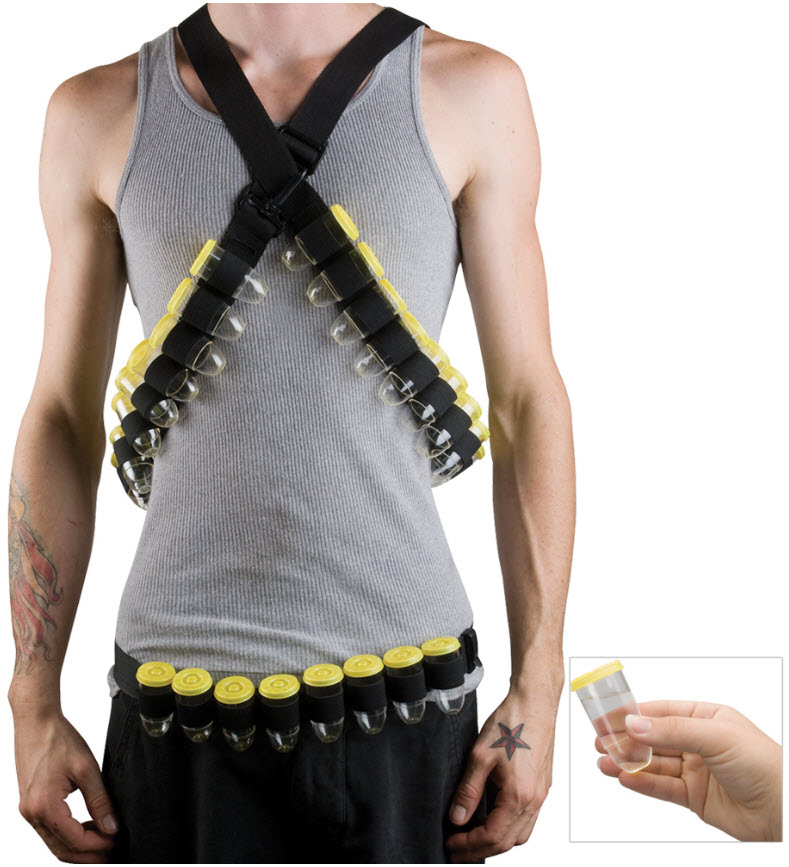 You already paid $250 for two overpriced tickets to a New Year’s Eve show at a club.  Damn them if they think you’ll pay for their even more overpriced alcohol, too.  Go stealth commando on the profiteering racketeers with the 36-Shotglass Bandolier, which lets you carry an entire liter of alcohol right on your body.   That’s right, you can dump an entire bottle of your poison of choice into those 36 1-oz “bullets,” which line the length of both the belt and the crossed shoulder straps.  When you feel the need for a shot, just reach under your clothes, pull an ammo out and down it.  And if you get caught sneaking drinks into a private party, at least you look awesome.  [Amazon] 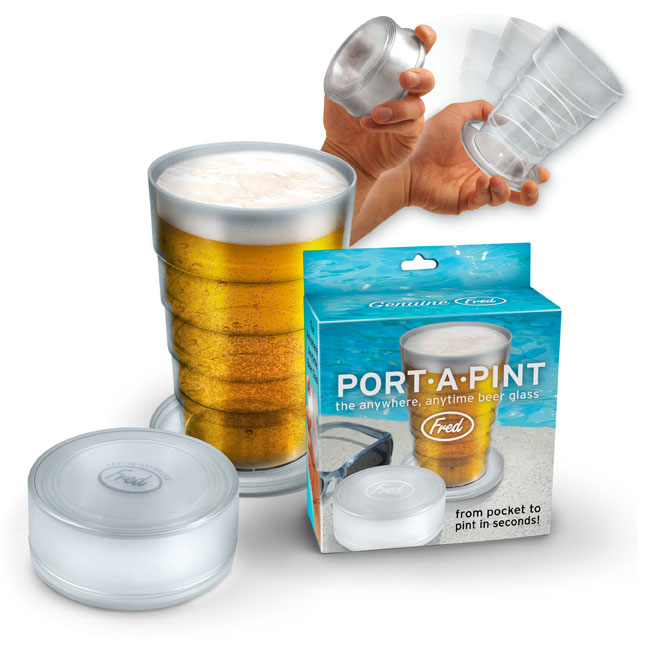 Even if you don’t have enough money to buy your own booze for New Year’s, there will always be plenty of people around you to leech alcohol from.  Heck, just wait for that dude to pop that champagne open, hold out your glass and it will likely be filled in the ensuing commotion.  So if all you can afford is your own cup, you might as well bring a Port-A-Pint.  This folding beer vessel can compact into a tiny bundle that will fit in your pocket.  Once you find a bottle or a keg to steal from, take it out and let that telescopic plastic body roll out into a fully-functional pint.  [Amazon] 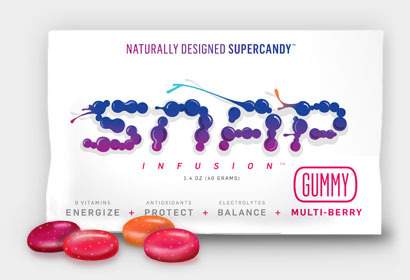 Drinking lots of alcohol till the wee hours of morning usually leads to a bad hangover.  If you remedy it right, though, you just might get away with it.  Billed as a “naturally-designed supercandy,” the Snap Infusion is a sweet treat that combines the usual candy ingredients with a load of B vitamins, antioxidants and electrolytes  — things your body needs to stave off that hangover.  Put a pack or two on your pocket and munch on it throughout the night.  Your New Year morning will be a heck of a lot better.  [EatPlaySnap]

Forget those rattling noisemakers.  If you want to be loud and obnoxious to welcome 2012, you want the same thing those cretins used to destroy the football games on TV.  This Collapsible Vuvuzela measures 29 inches when stretched and compacts to half that for easy portability.   Comes in lots of bright colors, too, making for a perfect New Year’s fare.  We’re not sure if you can use it as funnel for making champagne bong, but it wouldn’t hurt to try.  [Amazon] 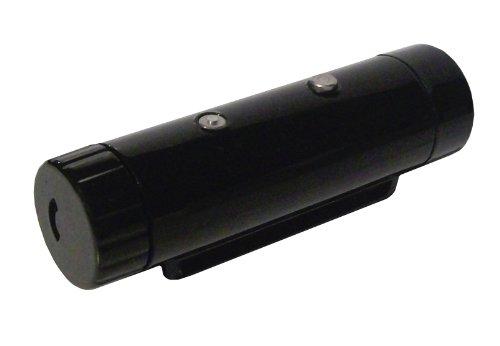 Remember what happened last New Year’s eve? Of course, you don’t — you were plastered drunk.  Imagine: you could have seen a chupacabra, made love to mermaids or rode a unicorn during that time.  Just so you never forget again, we suggest sticking the POV MAC-10 somewhere on your person (it comes with a variety of clips and Velcro for mounting).  This wearable camera measures a mere 2.5 x 0.75 inches (l x d), all while recording 736 x 480 resolution videos for up to 3 hours at a time.   If you plan on living it up for longer than that, it’s so small you could get away wearing three of these things on you.  Just turn on the next one as soon as the juice on the other runs out.  It’s waterproof, too, so you can bathe in champagne (at least, you thought that was champagne) just like you did last year.  [Amazon] 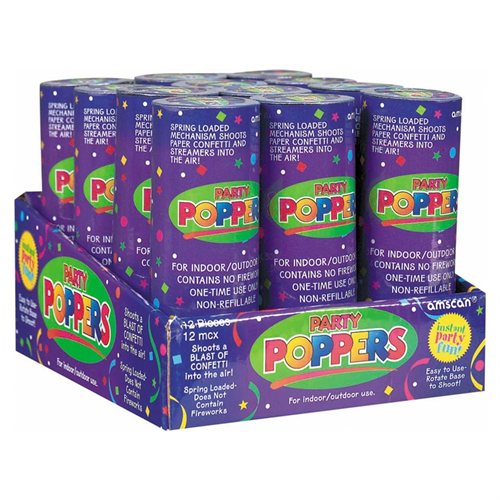 New Year just doesn’t feel complete without confetti raining down.  Just to make sure you get to enjoy confetti wherever you end up at 12 o’clock (even if it’s in a bathroom stall), we suggest bringing your own set of Confetti Party Poppers with you.  When popped, each spring-loaded container will make a loud sound and shoot a blast of cut-up colored paper into the air.  We do wish they made them in shredded money confetti, though.  [Amazon] 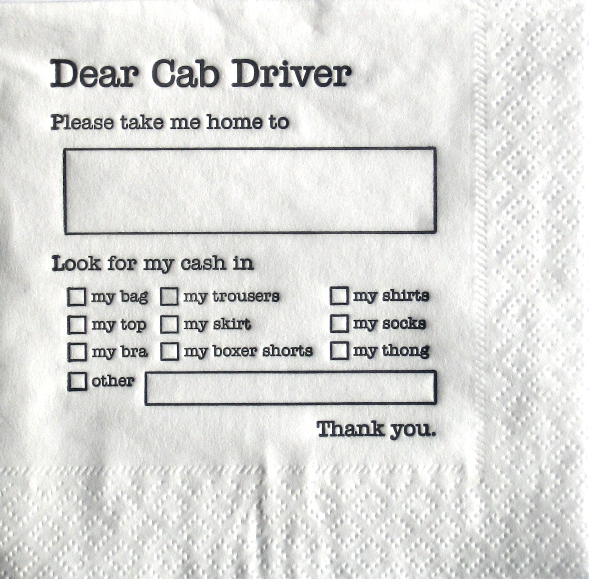 Sometimes, you get too drunk.  And you’re too drunk to drive.  Heck, you’re too drunk too string a proper sentence together — forget about getting behind the wheel.   Your best bet is to hail a cab.  Since it’s New Year’s, you’ll probably have shitty luck getting a taxi, so we suggest hitching a ride with anyone you meet at whatever party you ended the night in and handing the driver a pre-filled Dear Cab Driver Napkin.   Just make sure to scribble down your address and other details before you leave home, since you’ll likely be too drunk to write anything sensible come New Year’s morning, too. 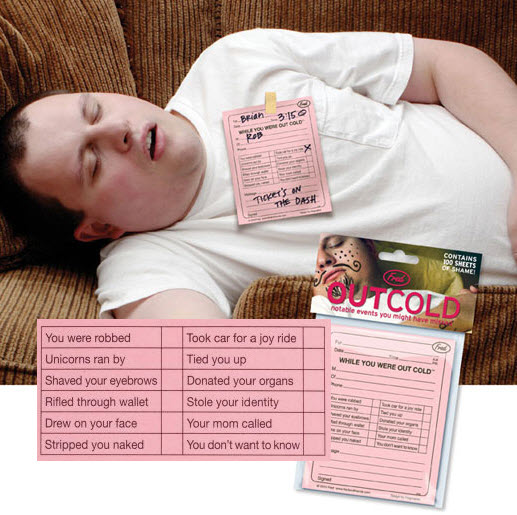 Familiar with those useful “While You Were Out” pink memos that people stick to your monitor in the office?  This is sort of like that.  Except it’s for those times when you’re so unforgivably drunk that you fell asleep by the side of the road all by your lonesome.   If you have a couple of these notes with you, people who happen to saunter by and perform unspeakable acts on you can leave a message about all the wrong things they did to your half-dead carcass.  Options include “You were robbed,” “Shaved your eyebrows” and “Stole your identity,” among others.  Fun.  [Amazon] 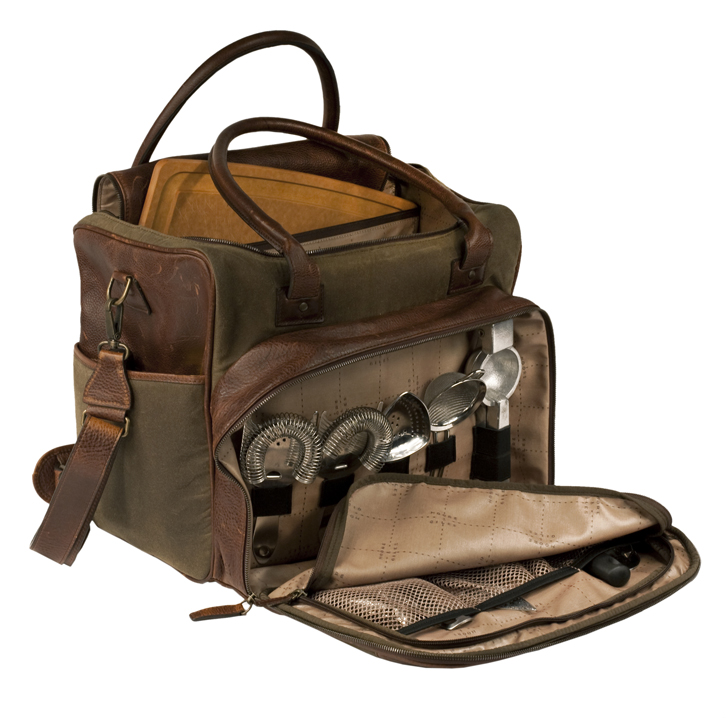 While not required, those inclined to make their own drinks while at parties should never leave home without the Meehan, a utility bag for on-the-go mixologists.  A specialty satchel for serious drink mixers, the main compartment features six removable padded sections, so you can customize depending on the amount of bottles, glasses and shakers you’re bringing along.  There’s a zippered front pocket with five elastic tool holders and a laminated mesh pocket, a pair of mesh pockets on the side, and a bar roll up for holding essential tools that you can throw into the main compartment. [MooreAndGiles]