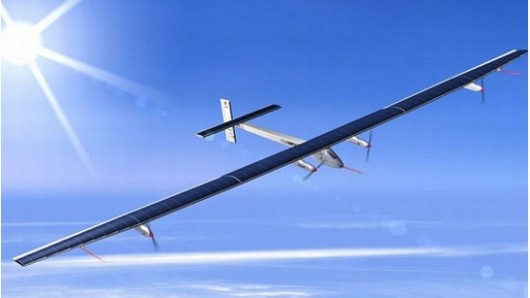 We’ve already seen a number of pure solar-powered cars make their way around long stretches of open road successfully.  This month, the Solar Impulse project is expected to take one step closer to doing the same for aircrafts when they unveil their much-awaited HB-SIA solar-powered plane.

An airborne vehicle presents unusual problems that their land-travelling counterparts aren’t really privy to.  For one, solar panels and battery cells will add exponentially to the aircraft’s weight, which can mean serious engineering problems when it comes to its flight capabilities.  The four lithium batteries it packs, for instance, already weigh a combined 880 lbs – not the kind of heft you want to be carrying on a small, experimental plane.

Power is another one of its woes. According to the team, the 200 square meters of photovoltaic cells the plane is using only manages to provide a maximum of 8hp on each of the four motors, which is about the same capacity as the Wright Brothers had in 1903 (yep, ghetto plane indeed).  As such, it only trudges through the skies at speeds of around 43.5mph.

Already, the entire plane’s body is being constructed out of lightweight carbon fiber to offset some of the added weight.   Since the speed makes it impossible to stay up in the air with regular-size wings, the HB-SIA sports an enormous wingspan (as you can see in the pic).

After the unveiling, the HB-SIA is expected to take its first flight before the end of the year.  The eventual goal (which is pretty modest) will be to cruise the skies at 28,000 ft for a full 36 hours sometime in 2010.  Aaah, solar power – so close, yet so far.