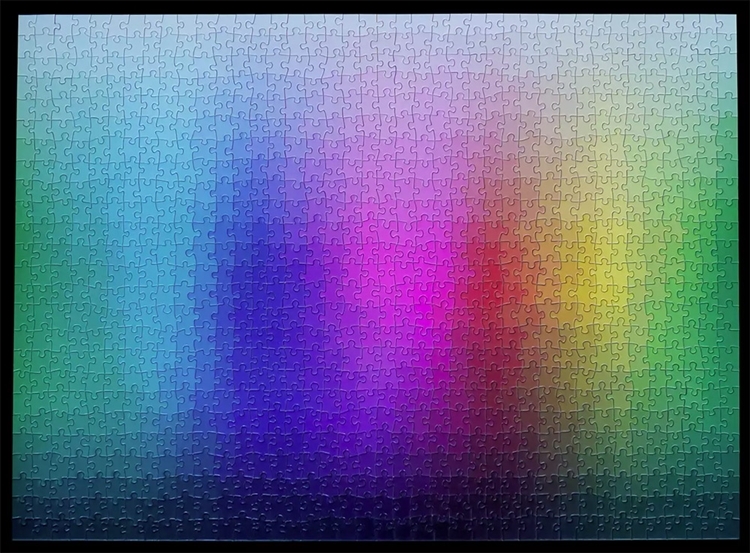 After putting this 1000 Colours jigsaw puzzle together, I will frame it and hang it by the living room wall. It’s just so pretty. Problem is, I have no idea how long this darn thing will take me, because assembling a jigsaw puzzle of the CMYK color spectrum just sounds like a torturous undertaking. Seriously, how the heck do you put something like that together?

I’ve played around with some difficult jigsaw puzzles, but this looks like boss enemy levels of tough. There are no lines, illustrations, or pictures to guide you whatsoever – just colors and a whole lot of them. 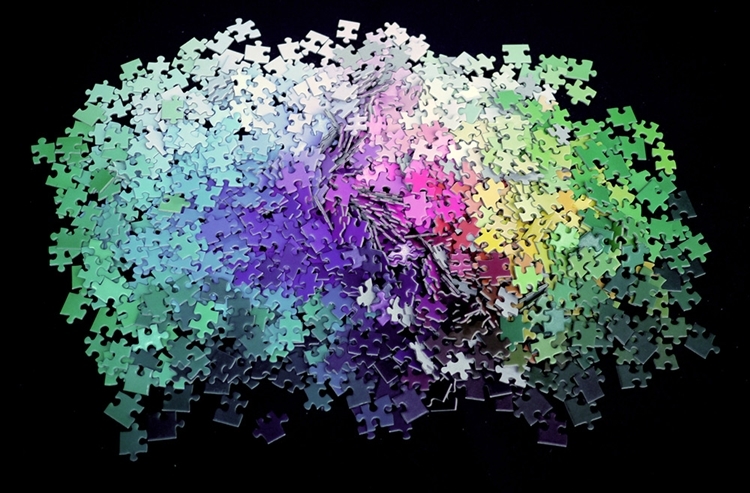 We’re not sure if graphic designers with a good grounding in color theory will have an easier time solving this 1000 Colours jigsaw puzzle, but we definitely hope so, because I can’t imagine anyone else who will. How long will it take to finish? Probably longer than this 32,000-piece puzzle plus a few brain cells and maybe an ignored girlfriend, judging from the amount of time similar puzzles that didn’t have pictures took people to figure out. 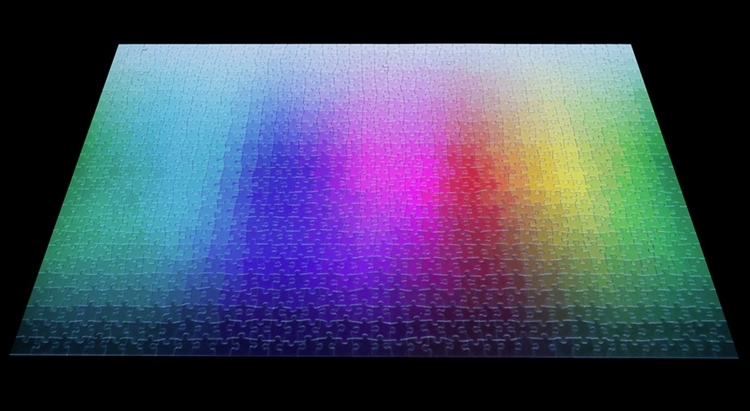 Oh yeah, the puzzle is made up of 1,000 pieces, with each tile cast in just a single color (no overlaps because that might make it easier). Sure, it’s hard but it could be worse: at least, it’s not a 1,000-piece jigsaw puzzle with blank tiles in the exact same color. Yes, apparently, that exists.

Designed by Clemens Habicht and co-produced with Lamington Drive Editions, the 1000 Colours retail for AUD $40.