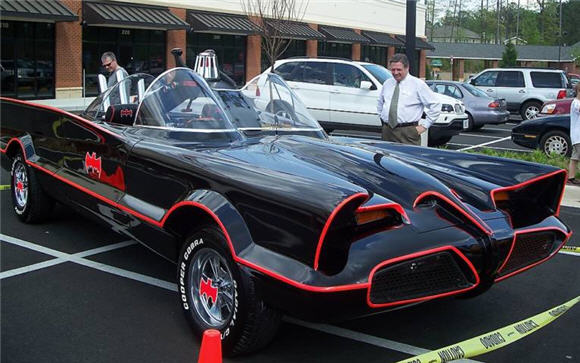 As sexy as the Dark Knight’s Batmobile is, there’s something about the appeal of the vintage crime-fighting ride the Caped Crusader hit Gotham streets on back in the 60s.  Even more compelling, though, is that you may have a shot at scoring one today.

Now towing the bidding line on eBay is a 1966 Batmobile replica, clad to look like the one they used on the Adam West movie from that year.  Arguably the most iconic silver screen ride from that decade, the George Barris creation undeniably set the bar for future Batman car designs. 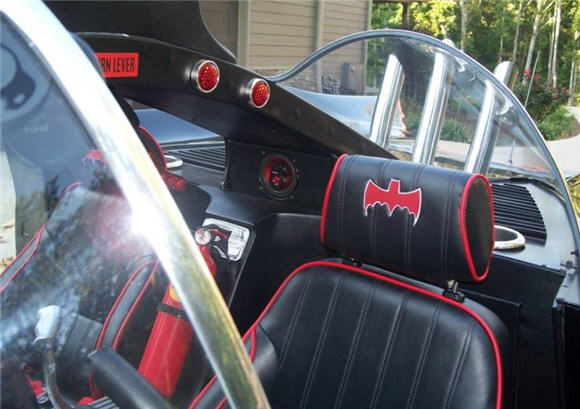 While the original (which is still owned by Barris Inc. to this day) was based on a Lincoln Futura, this recreation was fashioned out of a 1976 Lincoln Continental.  Gotham Cruisers spared no inch, though, ably mimicking the reference Batmobile in every way imaginable. 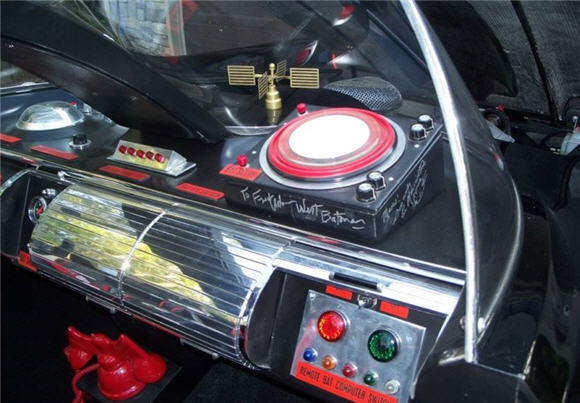 The 1966 Batmobile replica is clad in a 1st-gen mold, with an all black exterior and red accents.  Everything – from the doors to the drivetrain – is functional, so it’s a car you can patrol the city with, all while looking like an art piece out of a millionaire comic book fanboy’s garage.  In the cabin lies a one-push start button that puts the 8-cylinder, small-block Chevy engine into running mode, along with an assortment of bat gadgets that include a flame thrower, a bat beam, a batphone, a fire extinguisher, turn lever-activated parachute packs, an onboard computer in the trunk, a dashboard monitor and a DVD player.  There’s also a detectascope onboard that’s autographed by both Adam West and Lee Meriwether (the original Catwoman).

If you’ve been saving up money for an expensive ride, you might as well sink it into this one.  Bids are now closing in on 30 grand at the auction page.  Not sure what the reserve price is, though.