Want To Raise Your Geek Cred? Wear This 1980s Arcade Wristwatch And Watch It Skyrocket 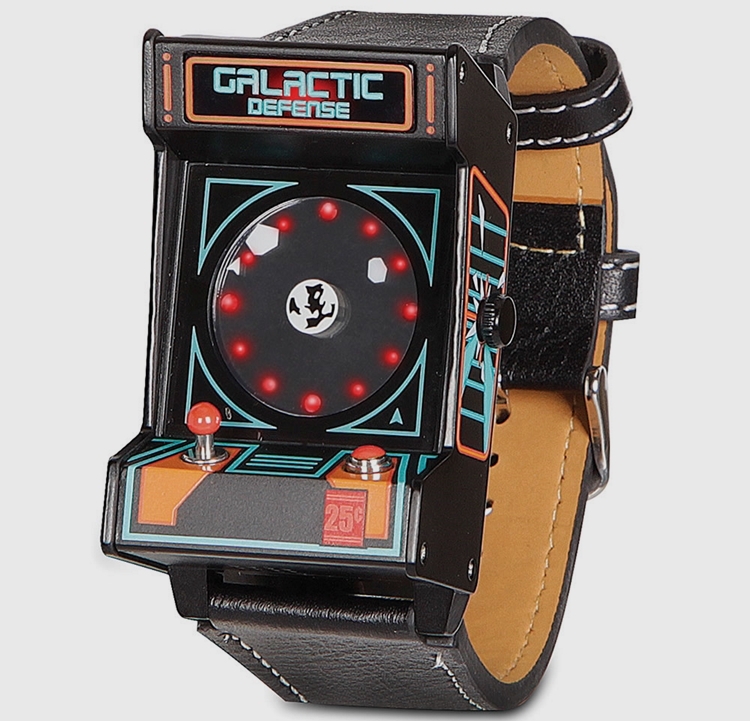 There are few things geekier than walking around with a mini-arcade cabinet game that you built yourself. Wearing this 1980s Arcade Wristwatch, however, definitely counts among the rare few.

When someone says “arcade wristwatch,” you immediately think, this is probably like one of those Casio watches from the 80s, but with built-in Atari-style games for whiling the time away. Yeah, that’s not geeky enough. That’s why this thing put a mini-arcade cabinet on a darn wristband, ensuring nobody mistakes your existence for anything other than being an absolute nerd. And, yes, there’s no way to wear this thing other than to wear it proudly with a smug look on your face.

Oh yeah, there’s a plot twist: the 1980s Arcade Wristwatch isn’t actually a gaming device. In fact, it’s an analog timepiece, complete with a mechanical Miyata movement. The dial is surrounded by a monstrous mini-arcade cabinet, though, which comes complete with a non-functional joystick and a button that, when pressed, will play a “PEW!” sound and light up all the hour markers. To further compensate for the lack of actual game, it uses elements from the classic Asteroids game on the watch face, showing a large asteroid for the hour hand, a small asteroid for the minutes, and the player ship spinning around the dial to count the seconds.

Dimensions are 2.25 x 1.5 x 1 inches (h x w x d) for the cabinet-style watch case, with the black leather band measuring an inch in width. Suffice to say, this is bonkers levels of ridiculous and I want one even though I’d probably die in shame to wear it ever.