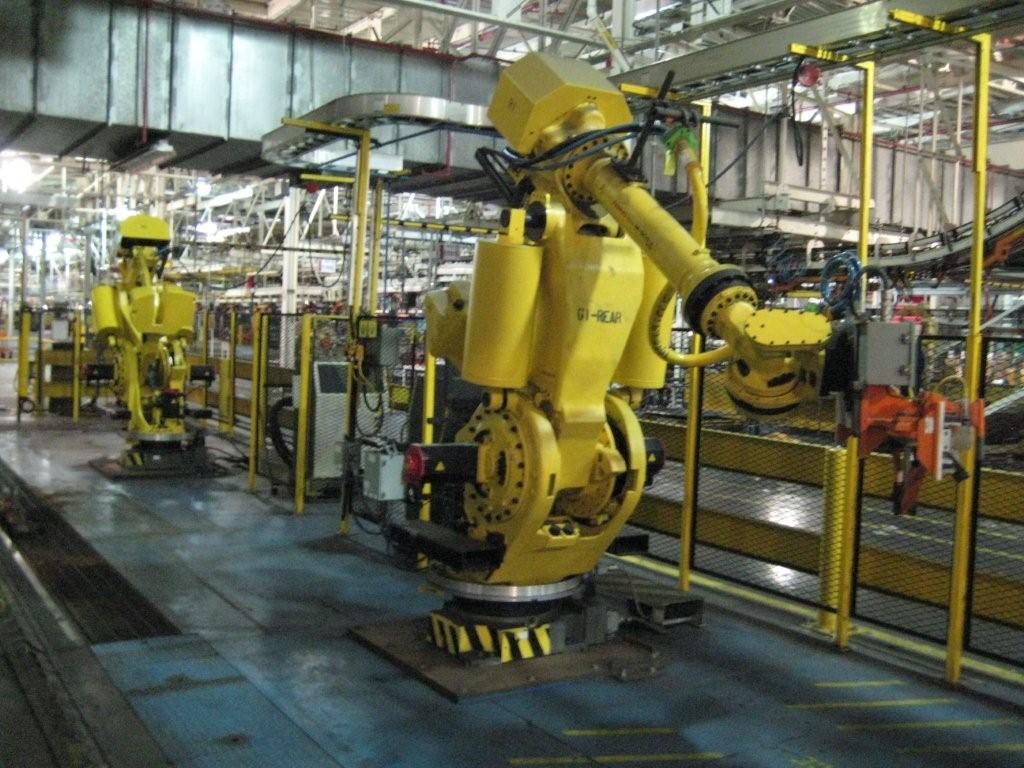 We’re not sure what you can do with robot arms (unless you have 733t engineering and robotic skills), but finding huge ones on sale is just too good to pass up.  That’s exactly what’s going to be available to mad scientists worldwide when the University of Delaware holds the auction of items from a shut-down Chrysler plant.  Yeah.

Aah, robot arms.  Not just lame “pick up an object from the floor” kind of automatons either; they’re full-featured, six-axis, robotic limbs that can perform a wide variety of applications, like picking up enemies, swinging them wildly and tossing them about like ragdolls.   A total of about 200 robot arms are going to be part of the set, consisting of 181 Nachis, along with a few ABB and Fanuc models thrown in.

There are all sorts of industrial goods strewn into the pile, including generators, lifts and other plant equipment.  They once occupied the entirety of a three million square foot factory (everything goes, lock, stock and barrel), so that’s a whole lot of capital assets. 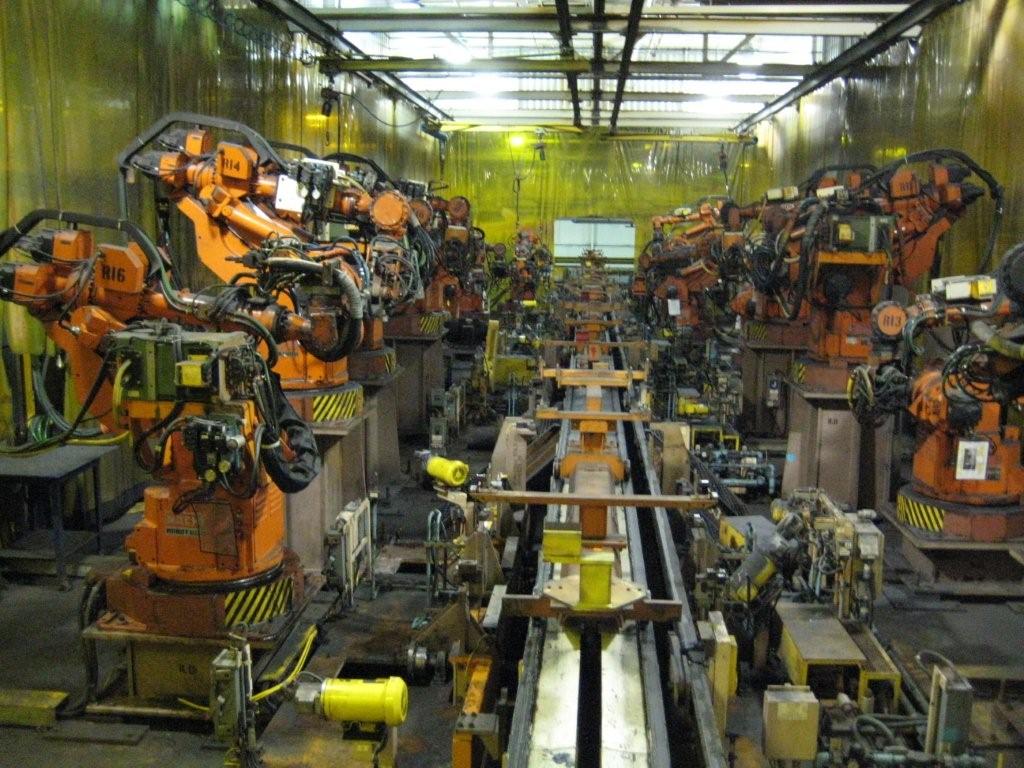 If you’ve ever entertained any ideas of assembling your own mad scientist lab under a volcano, these equipment should play the part quite nicely.  Since they were used to manufacture cars, you might be able to put them to work assembling your army of cyborg Russian soldiers and giant Japanese robots too.  Yes, all cyborg soldiers are Russian and all giant robots are Japanese.  Didn’t you know that yet?

Check out the auction details from the link below.