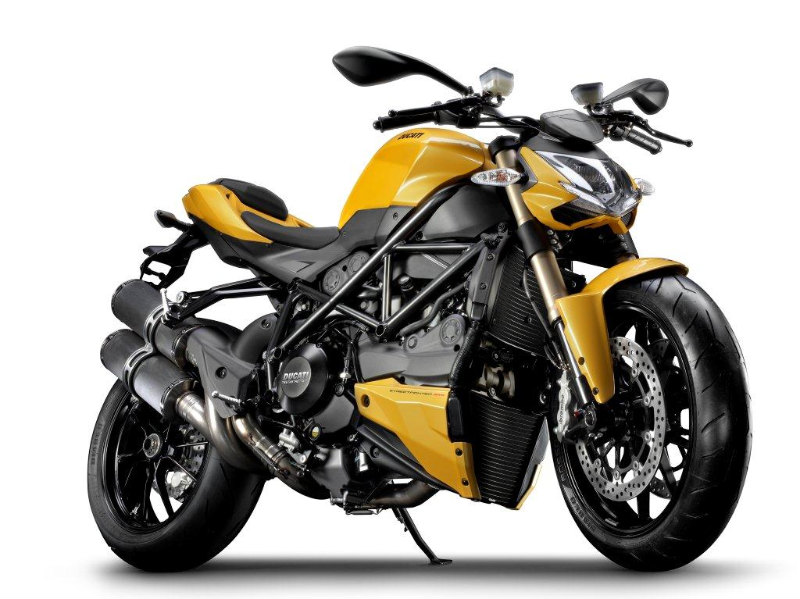 Middleweight naked motorcycles are about to get a new sheriff with the Ducati Streetfighter 848 rolling into town.  Sourcing the same engine out of the 848 EVO Super Sport, expect it to post class-leading power, while offering the same rider-friendly tuning that’s been the mark of this class of bikes.

While powered by the same 848 Testastretta 11 engine, don’t expect this to crank the exact same numbers (140bhp) as the 848 EVO, though.  According to Ducati, they tweaked it down a bit to enhance the ride’s “user-friendliness with a smooth and flexible power delivery.”

The Ducati Streetfighter 848 gets the company-standard steel trellis frame, along with an adjustable inverted fork, radial-mount Brembo brakes and a new heat shield around the rider’s legs.  It will also utilize Ducati Traction Control, as with most of the company’s street bikes from the last few years.

Detailed specs for the model are fleeting for now, but that picture and that engine sure make for a nice combination to think about.   It will be available in the traditional Ducati red finish, as well as the yellow colorway (as pictured) and a matte-black option.

No exact word on when the Ducati Streetfighter 848 will drop, but it’s expected to cost less than £10,000, a notable drop from the £12,095  base price of the cheapest current Streetfighter.