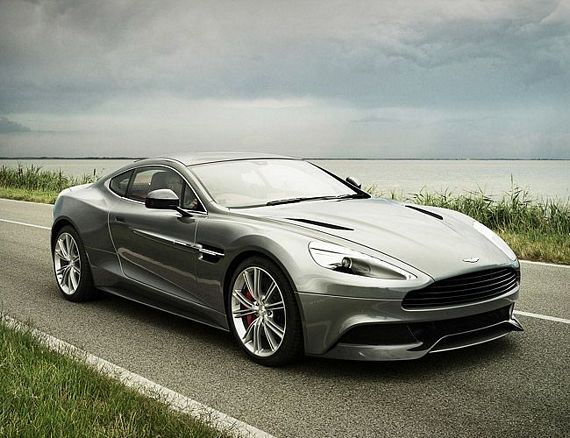 Filling the empty lot the outgoing Aston Martin DBS will leave in your favorite superspy’s garage is no small feat.  But we have a feeling the 2013 Aston Martin Vanquish will do just fine.

Yep, the British automaker has decided to revive the Vanquish name, whose previous model exited the stable back in 2007.  Based on the super rare One 77, the new grand tourer touts some serious credentials in both styling and performance. 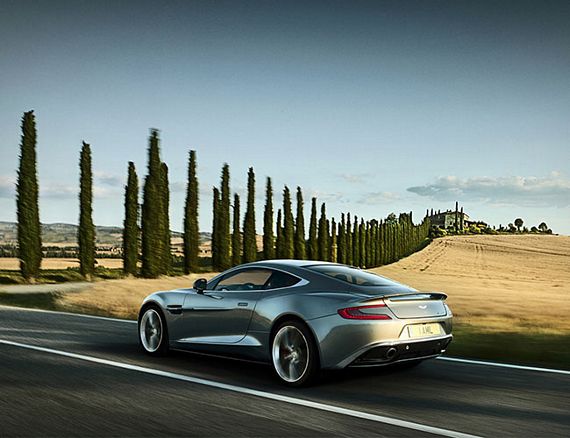 The 2013 Aston Martin Vanquish features a body made entirely of carbon fiber, paired with VH architecture, that should ensure excellent lightness and rigidity.  Under the hood sits a 6.0 liter V12 engine putting out 565 horsepower and 457 pound-feet of torque, powering the two-door coupe to top speeds of 183 mph and a 0 to 60 mph of 4 seconds.  Other details include a Touchtronic 2 six-speed transmission,customizable seating configurations (2 or 2+2), adaptive suspension and Pirelli P Zero tires.

Inside, the gorgeous new superspy ride gets increased cabin space and 60% more boot space compared to the DBS, along with some of the finest appointments to match the sexy exterior.  Standard  cabin luxuries include full grain leather upholstery, Alcantara headlining,  heated seats and a new infotainment system (6.5-inch LCD, 1000W 13-speaker Bang & Olufsen audio and WiFi hubs).  Naturally, you’ll  get a ton of luxury options, although slide-out machine guns still aren’t on the shelf. 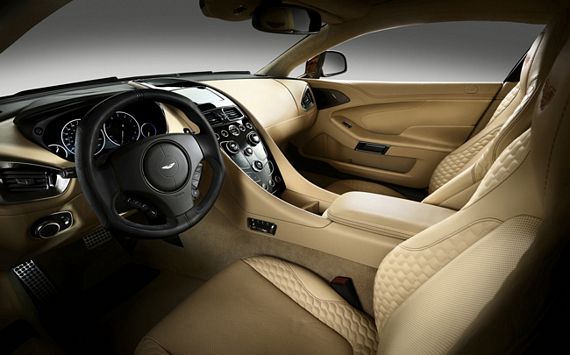 As always, you’ll need either government intelligence agency funding, a CEO bank account or rapper royalties to afford this thing.  The 2013 Aston Martin Vanquish will go on sale later in the year, priced at $280,000.