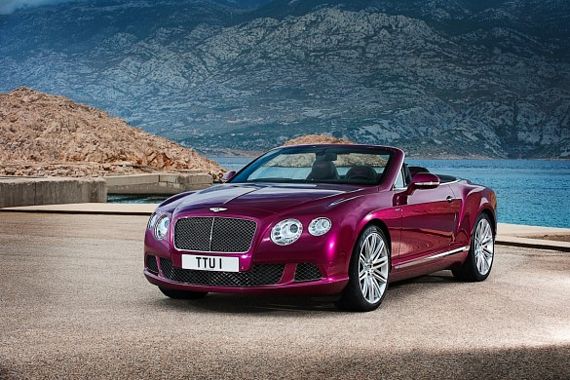 You like to class up the road by driving on a Bentley.  Except you enjoy driving much better when you can feel the wind swooshing over your head.  Well, not a problem with the 2013 Bentley GT Speed Convertible.

Yes, it’s basically just a GT Speed coupe with the top shaved off.  Know what?  Still awesome.  Even more so since it gets all the Speed-family accoutrements, from the matrix radiator grille to the eight-speed ZF transmission to the lowered and beefier suspension to the rest of the GT Speed awesomeness. 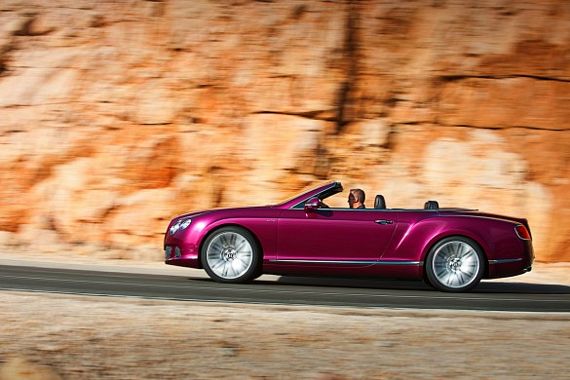 The big downside, if any, is the GT Speed Convertible’s weight.   Since they needed to make modifications to allow it to run efficiently with the top down (e.g. stiffening torsional rigidity), the car is quite heftier than the coupe, posting a 485-pound weight gain.  From the numbers, though, the weight gain sounds all muscle, as it still clears 0 to 60 in 4.1 seconds. Armed with the same 6-liter W12 engine pumping 616 horsepower and 590 pound-feet of torque as the coupe, it manages a top speed of 202 mph. 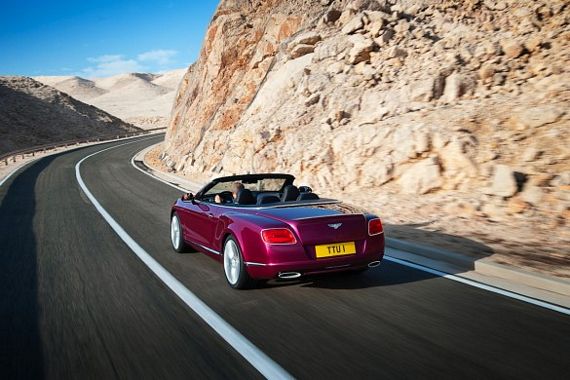 Bentley bills it as “the fastest four-seat convertible in the world,” allowing you and three other friends to race past every other sedan who dare tread the same highways as you.  Inside, it gets a Mulliner Driving Specification cabin with diamond-quilted hide upholstery, an updated infotainment system (with built-in storage for your music) and a flat panel BMR sound system.

No listed pricing or release details yet, but the Bentley GT Speed Convertible will debut at the Detroit Auto Show this January.