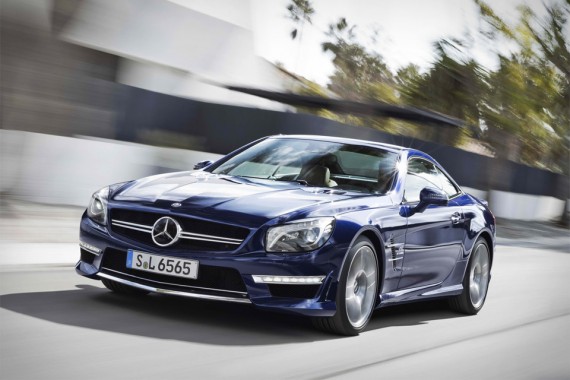 Just when you thought the V12 engine is about to go on the endangered species’ list, a new car model shows up to remind you it isn’t.  This time, that would be the 2013 Mercedes-Benz SL65, a killer drop top convertible that puts some heavy power on your hands.

Under the hood sits a 6.0-liter V12 biturbo engine, which features new turbochargers, manifolds, wastegate channels and multi-spark ignition, mated to a seven-speed AMG Speedshift transmission.  Cranking out 621 horsepower and 738 pound-feet of torque, it powers the 4,300-pound vehicle to top speeds of 186 mph and a 0 to 60 time of a mere 3.9 seconds. 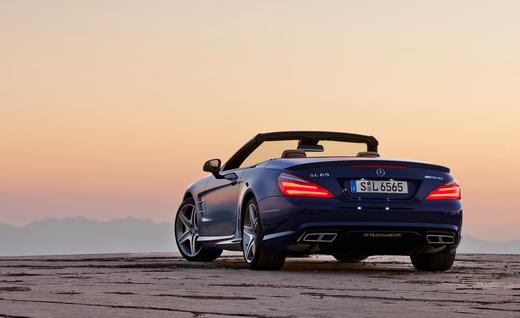 Along with all that muscle, the 2013 Mercedes-Benz SL65 boasts a downright lustworthy exterior, complete with an all-aluminum body, high-polished chrome finish,  a twin-blade grille and AMG-specific daytime running lights.  The usual suite of SL goodies are on board, too, including speed-sensitive steering, Magic Sky Roof (which goes from light to dark at the push of a button), Airscarf and a new sport suspension based on the tri-star brand’s Active Body Control.  Inside the cabin, it turns up AMG-specific sport seats with carbon fiber trim, a chrome instrument cluster, Bang & Olufsen surround sound and the company’s Command infotainment system.

No pricing has been announced for the 2013 Mercedes-Benz SL65.  Given the stock SLS AMG Roadster’s price of just under $200,000, expect it to drop just a little north of that.  The car will be on hand at the New York Auto Show, but won’t be hitting showrooms until November.