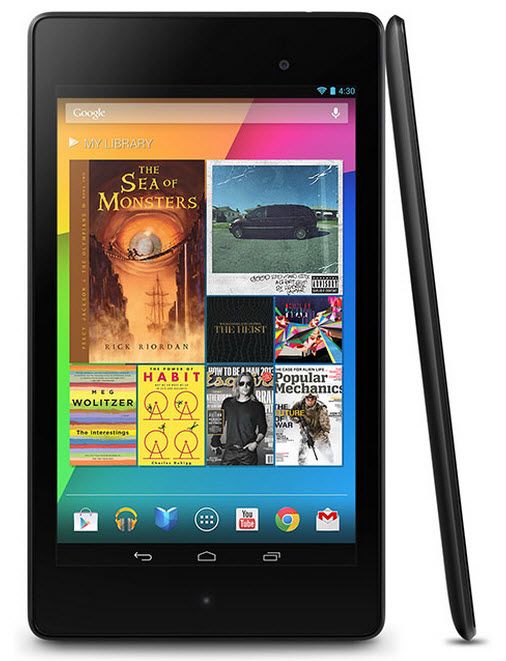 The Nexus 7 has always offered one of the best tablet deals in the market, with its combination of premium hardware, full range of features and attractive pricing.  Google steps it up even further with the new Nexus 7, which sees serious upgrades on all fronts.

Remember how a lot of people were disappointed when the iPad Mini didn’t come with a Retina display?  Well, Google beats Apple on that end, as their new 7-inch flagship packs what they describe as “the world’s sharpest 7-inch tablet screen,” via an IPS panel that boasts 1920 x 1200 resolution for full 1080p video viewing.

The new Nexus 7 brings a simple and clean design, measuring 114 x 200 x 8.65 mm and weighing just 290 g.  Details include a 5.0 megapixel rear camera, a 1.2 megapixel front-facing video cam, a 1.5GHz quad-core Snapdragon S4 Pro processor with a 400MHz Adreno 320 GPU, 2GB of RAM, dual-band WiFi, NFC, Bluetooth 4.0, optional LTE, and a 3,950 mAh battery rated at up to 9 hours of HD video playback.  Since watching movies and TV shows has evolved as a major function of tablets, the new Nexus gets stereo speakers with Fraunhofer-powered surround sound.  It comes with two options in onboard storage, 16GB or 32GB.  As Google has traditionally done, the new tablet debuts the latest version of their mobile platform, Android 4.3.

Availability for the WiFi version of the Nexus 7 begins July 30, with the LTE models coming a few weeks after.  Prices start at $230 for the 16GB model and $270 for the 32GB version.