Chevrolet just unveiled the seventh-generation of their flagship coupe.  And for this iteration, they’re reviving a legendary name with the 2014 Chevrolet Corvette Stingray.

Aesthetically, it’s a marked departure from the last generation.  While the size is almost the same, the angular and sculpted exterior creates a more streamlined yet muscular appearance, borrowing elements from both the original String Rays and aerodynamic strategies from Corvette racers.  The front end is unmistakably Corvette, although the rear end is unlike any of the previous models released under the line.  Boasting a 50/50 weight balance, the car relies on lightweight materials for a lot of the exterior components, including a carbon fiber hood, a carbon fiber roof panel, composite fenders and doors, carbon-nano composite underbody panels, and an aluminum frame structure.

The 2014 Chevrolet Corvette Stingray houses an all-new LT1 small-block V8 engine, producing 450 horsepower and 450 pound-feet of torque.   No exact run time numbers, although Chevy claims it will do a 0 to 60 in under four seconds, with lap times similar to that of the outgoing Grand Sport.  It’s equipped, of course, with some serious performance parts, including electronic limited-slip differential, integral brakes, a unique aero package, and a new electric power steering system.

Inside, the cabin has received an equally big redesign.  No more suspect plastics and uncomfortable seats for this generation, which features aluminum and carbon fiber trims, two seat options (both with magnesium frames),  configurable display screens, a heads-up display, and a central touchscreen with gesture recognition.

No word on pricing, but you can expect the 2014 Chevrolet Corvette Stingray to hit your local dealers come September. Check out the picture gallery below courtesy of Chevorlet. 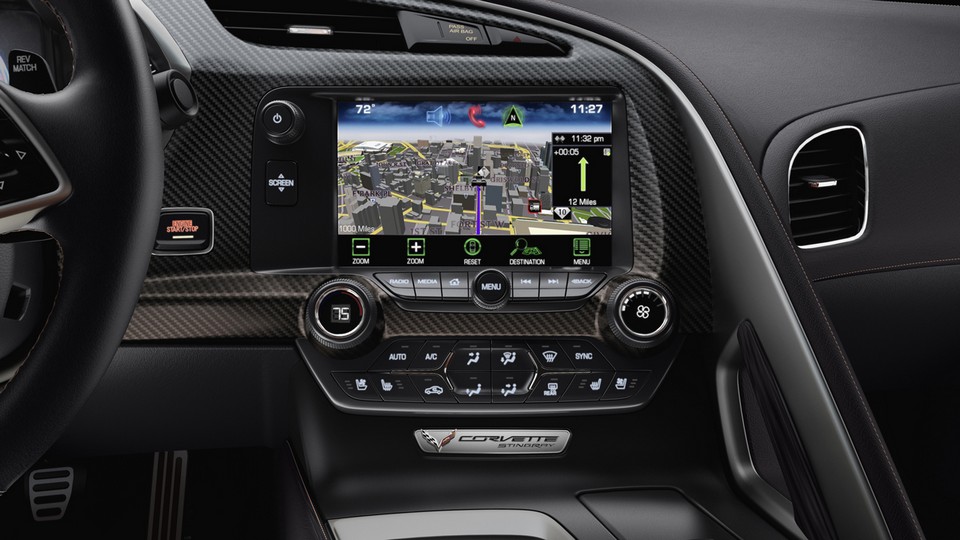 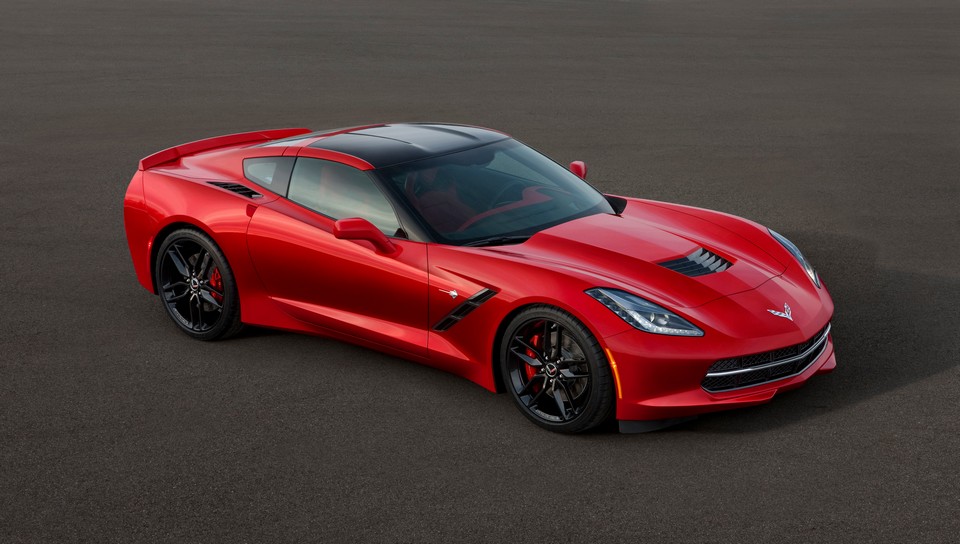 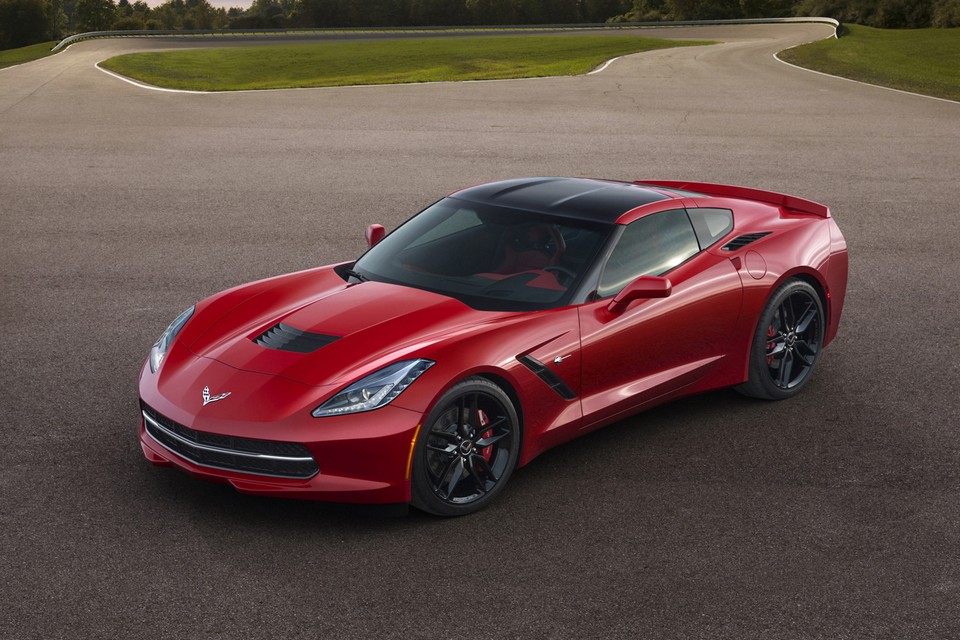 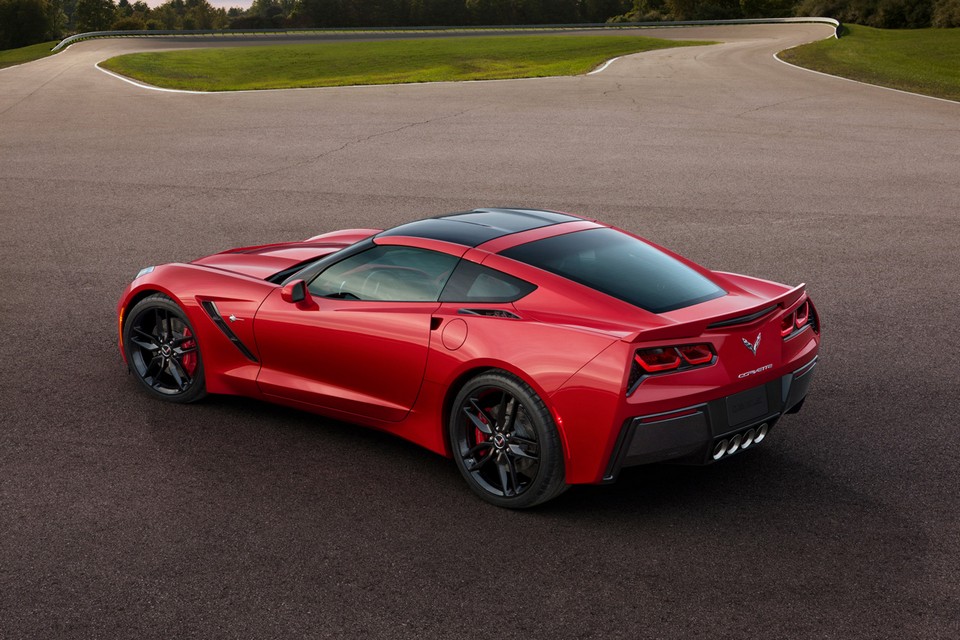 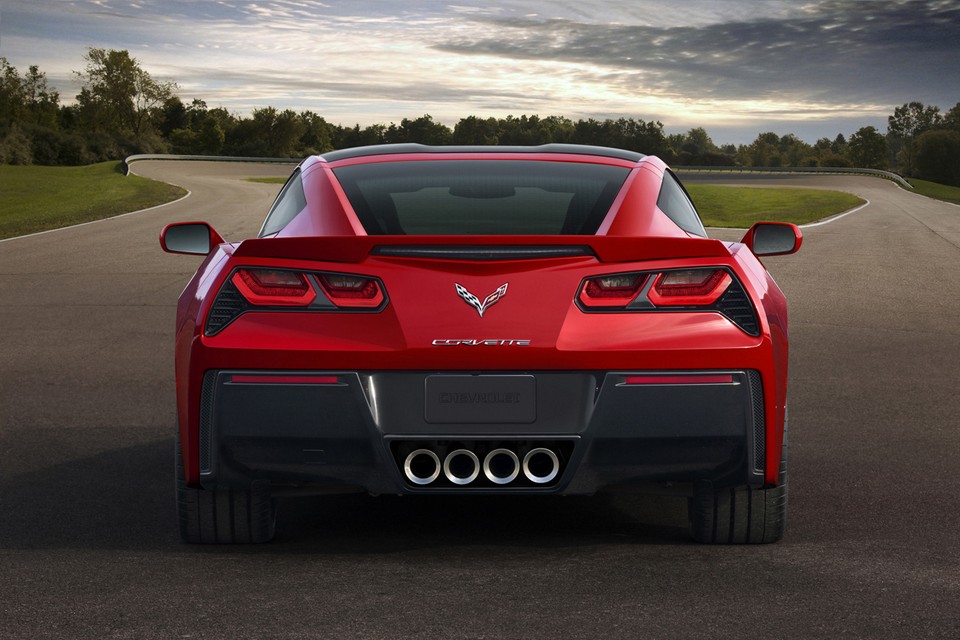 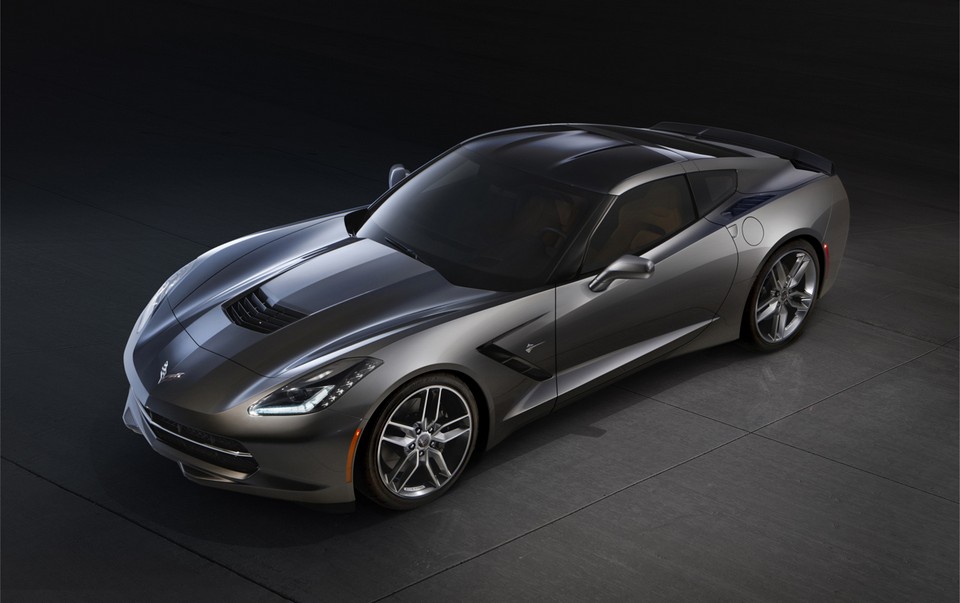 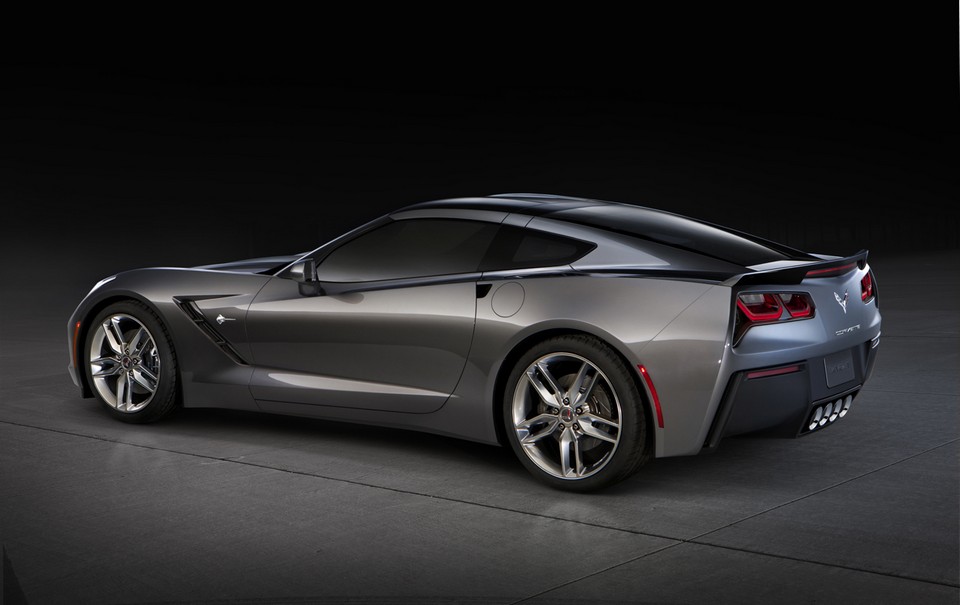 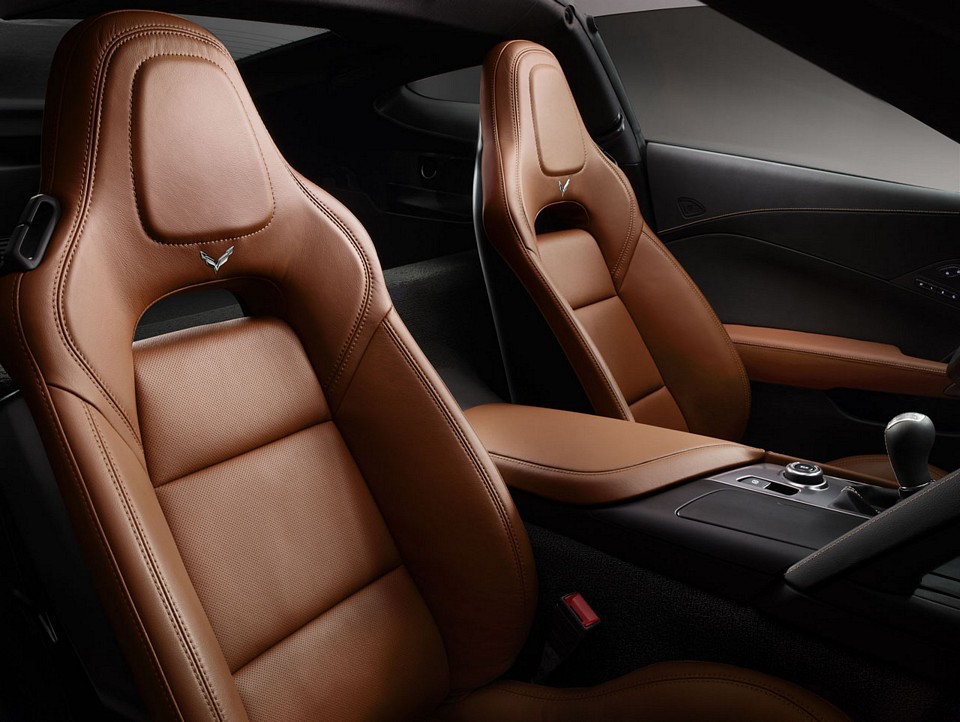 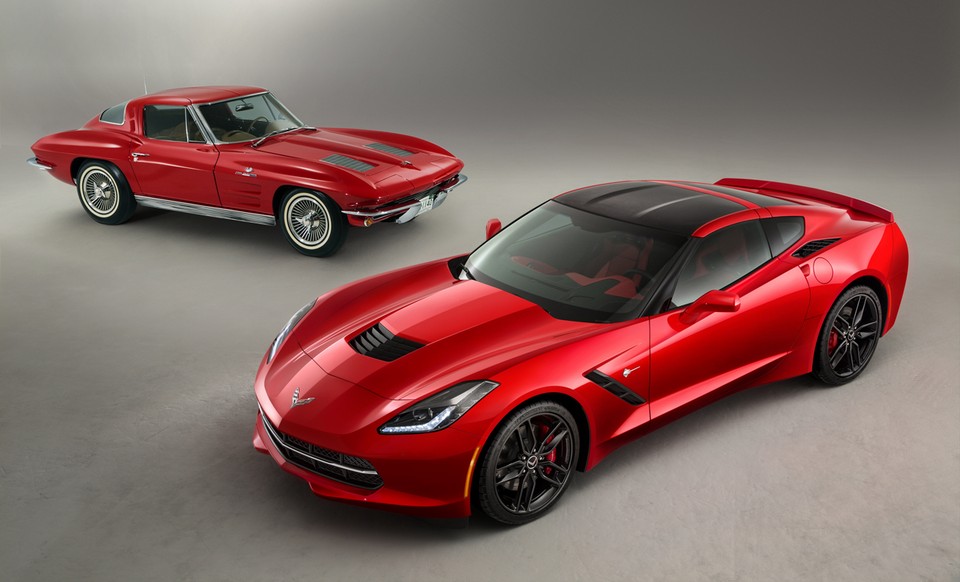 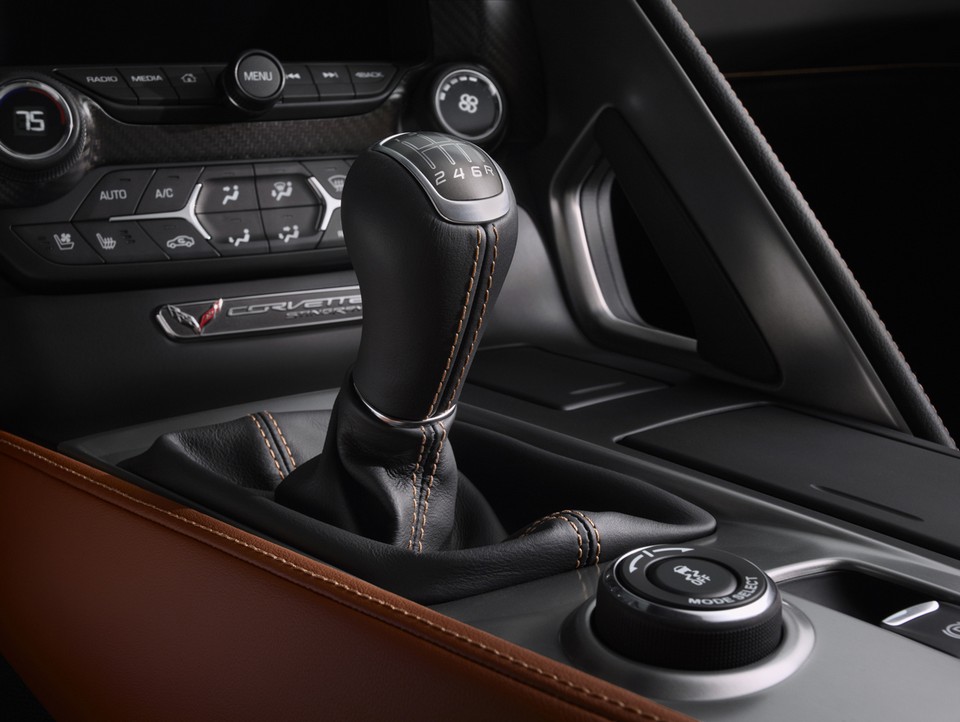