2014 Jaguar XKR-S GT Is Street-Legal, Track-Ready, And Built To Perform 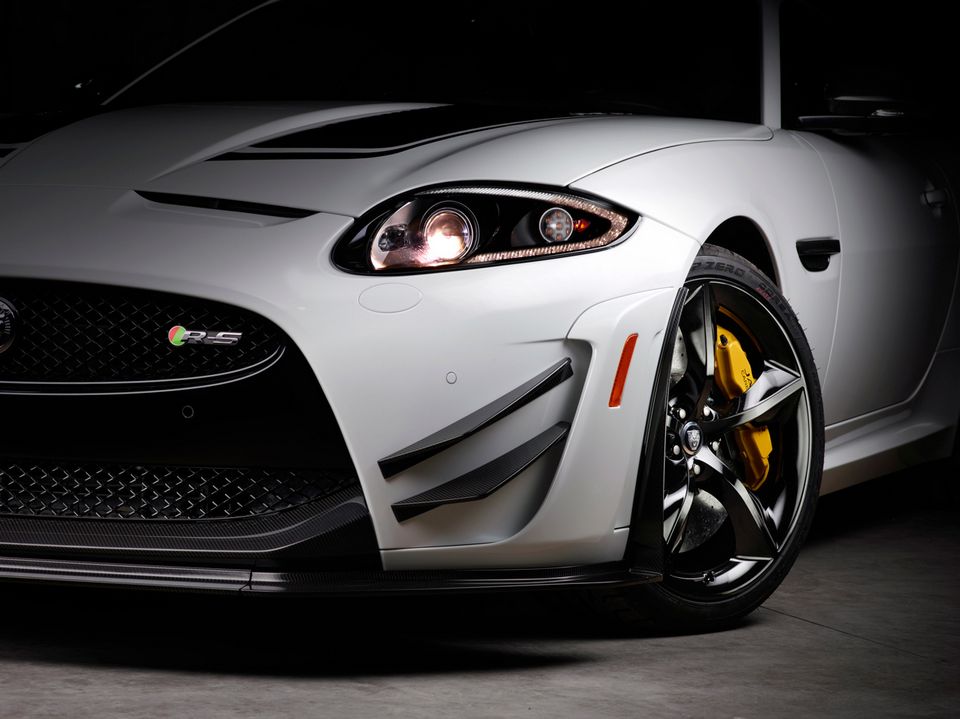 While raw power upgrades are always sweet for automobiles, it’s really not the only thing that matters.  Sometimes, it’s the subtle changes that make the ride.  That’s exactly what happened with the 2014 Jaguar XKR-S GT, which brings a whole load more performance despite running on the same powertrain as the standard XKR-S. 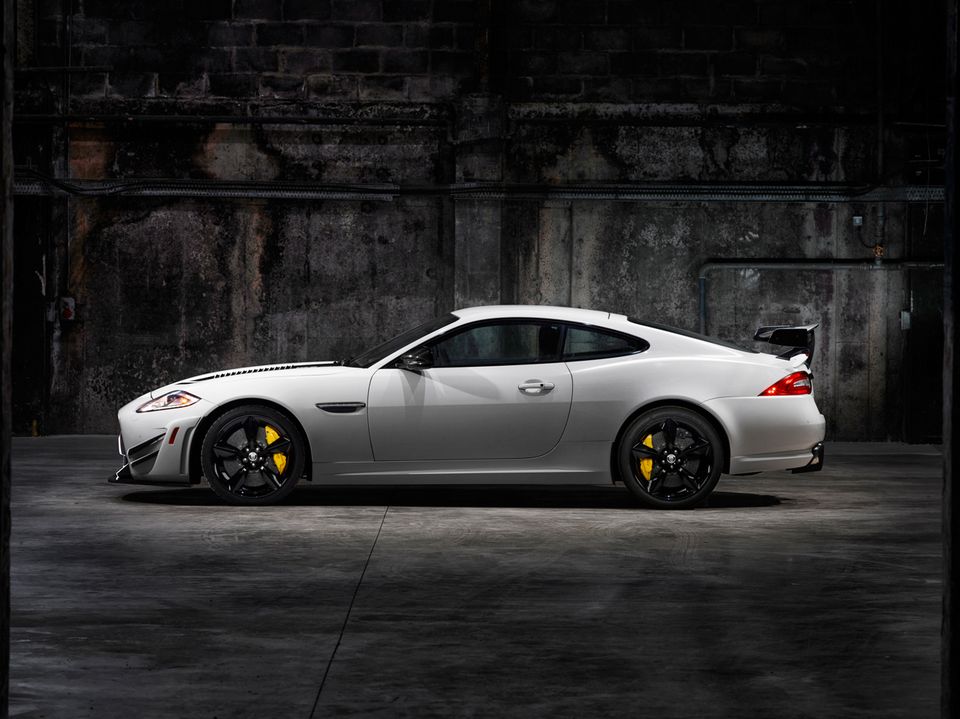 A street legal racer that’s just as ready for the tracks, the model houses the same 5.0-liter V8 on the XKR-S that’s mated to a six-speed ZF automatic transmission, putting out 550 horsepower and 502 pound-feet of torque.  The magic, though, happened in the fine-tuning that allows the car to really maximize what it can do with all that power, clearing 0 to 60 in 3.9 seconds and reaching electronically limited top speeds of 186 mph.

What changes allowed the 2014 Jaguar XKR-S GT to get those numbers?  First up, there’s a new hood with rows of shaped louvers that help the engine temperature down, along with an aerodynamics package that includes a wraparound carbon fiber front splitter, carbon fiber twin dive planes, extended wheel arch spats, rear diffuser, an aluminum undertray, and a huge spoiler mounted in the decklid, all combining to reduce downforce.  The vehicle also gets a revised exhaust system, recalibrated traction control, substantial suspension upgrades, faster steering track ratio, and a tailored Adaptive Dynamics system.  Rounding out the upgrades are a carbon ceramic brake system, 20-inch forged alloy wheels, grippy bucket seats, and Alcantara trim. 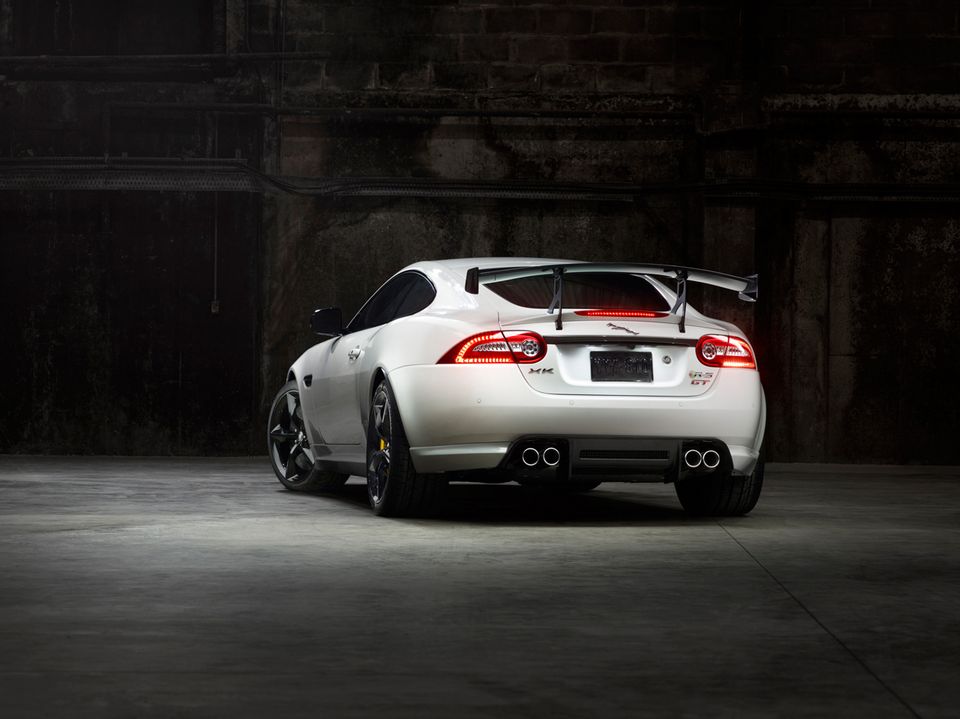 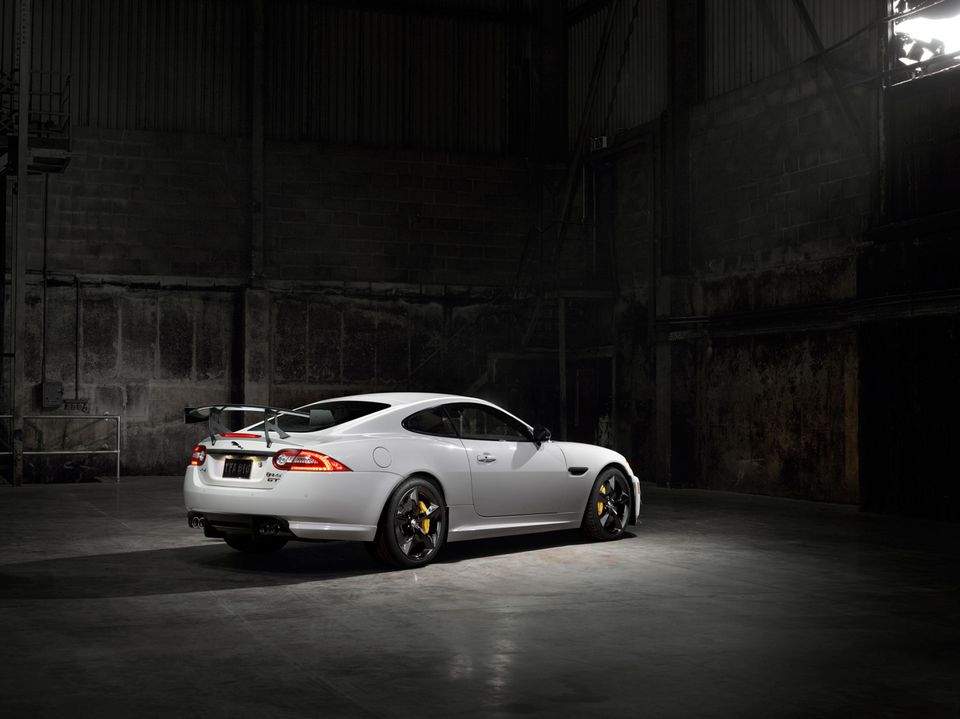 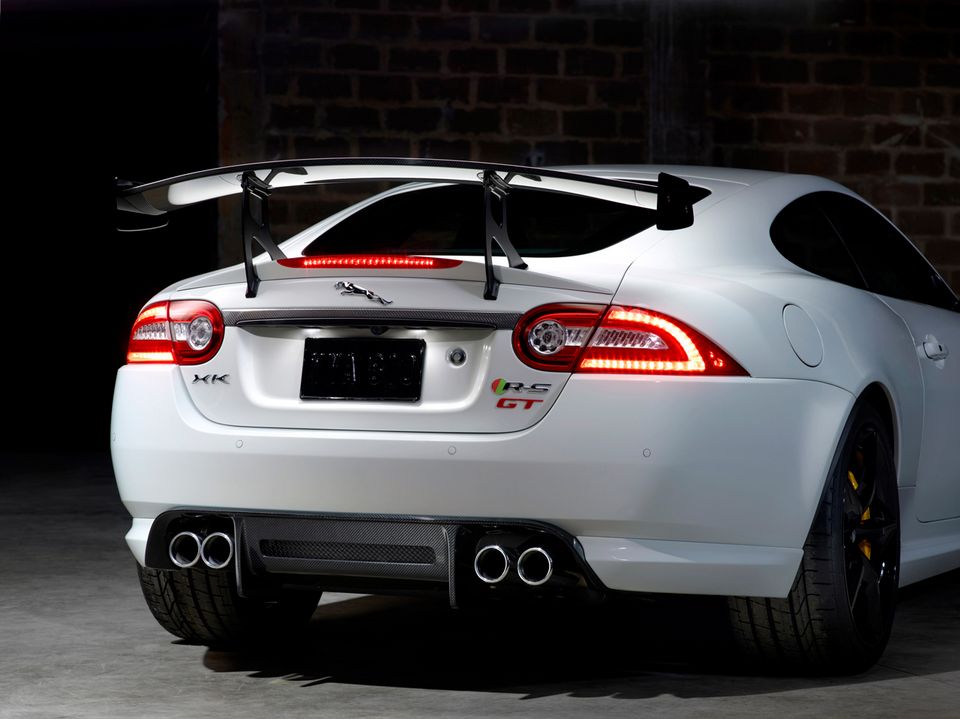 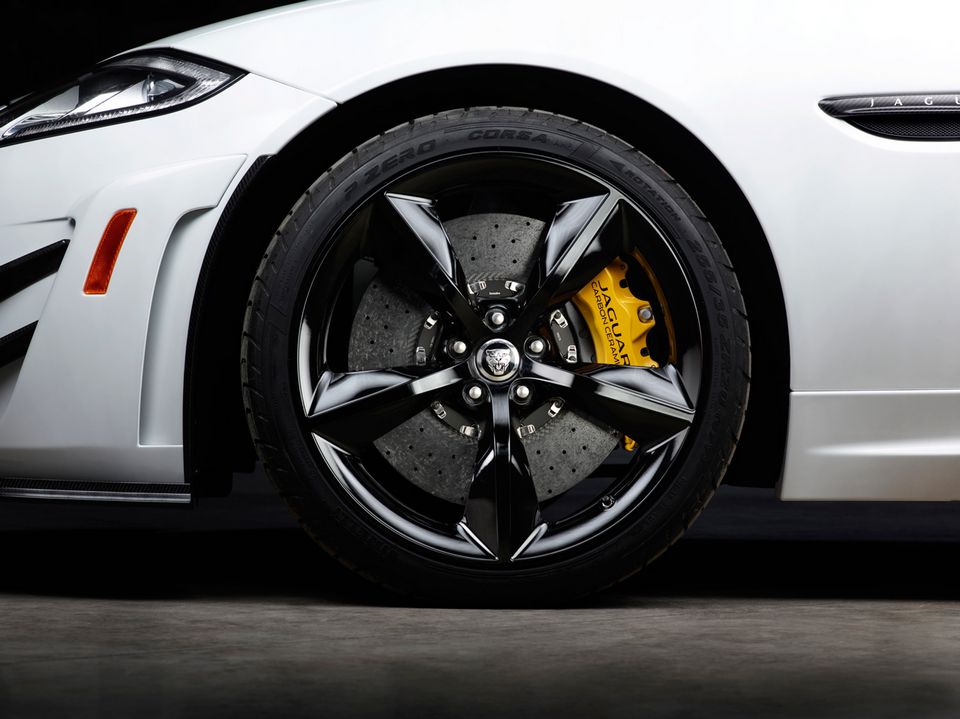 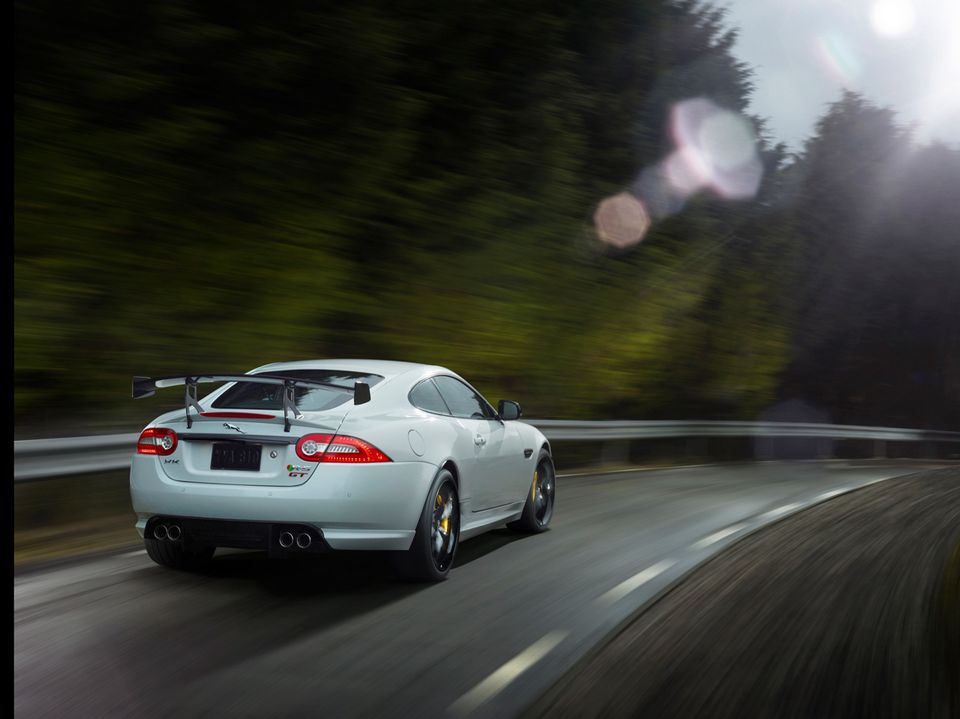