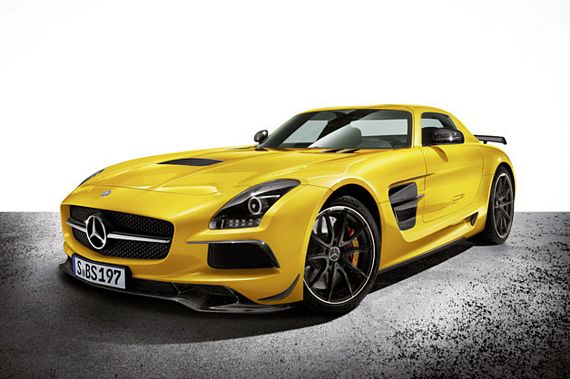 We all knew Mercedez-Benz has been working on an uber-badass version of the SLS.  And badass is definitely the right word for the 2014 Mercedez-Benz SLS AMG Black Series, which brings some new-found aggression along with more power, less weight and highly-improved aerodynamics.

All Black Series models have always been gnarlier beasts than the standard models they’re built on and this one is no exception.  From the outside alone, for instance, this makes the SLS AMG GT look like a gentle city slicker with those gaping intakes, spot-on carbon fiber trims and downright killer race-car styling. 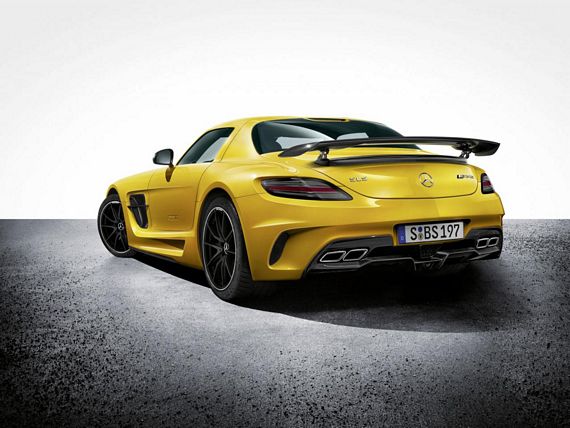 Throbbing under the 2014 Mercedes-Benz SLS AMG Black Series’ long hood is a reworked 6.2-liter V8, pumping out 622 hp and 468 lb-ft of torque.  The power bump comes courtesy of a de-restricted air intake, an elevated redline and a revised valvetrain, among a host of other tweaks. With the modifications, the car can hit top speeds of up to 196 mph, with a 0 to 60 of just 3.5 seconds. 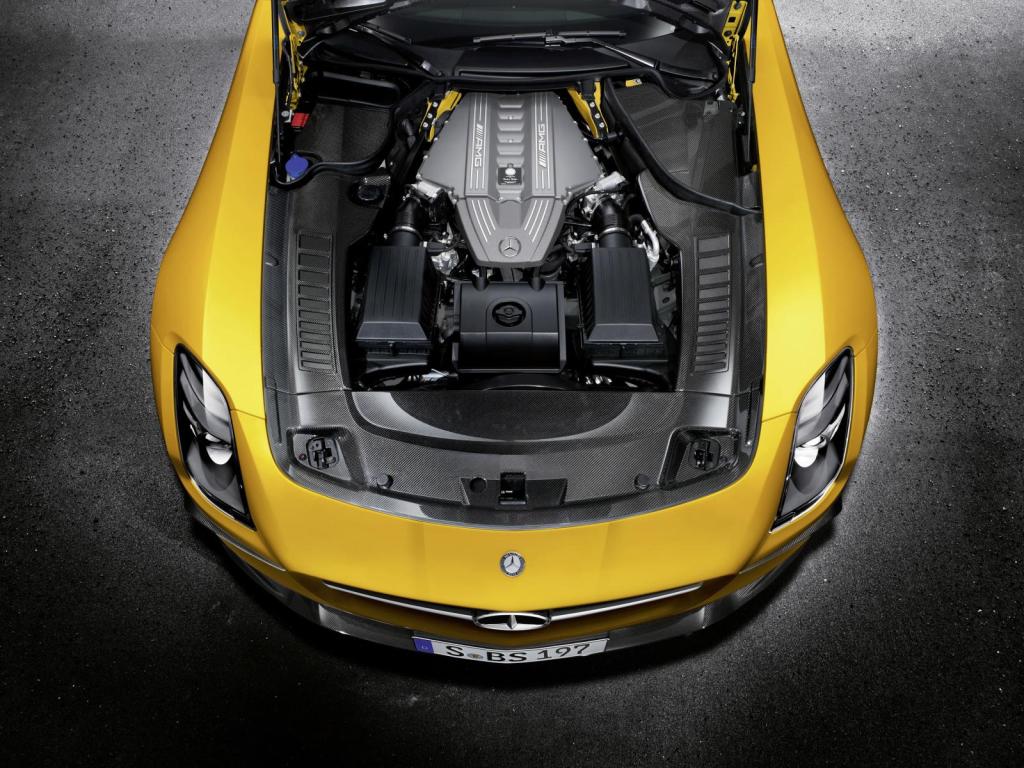 For better handling, the car receives upgraded ceramic brakes with two-piece rotors, adjustable coil over suspension, a widened track and an electronically-controlled rear differential.  Thanks to the carbon fiber trims along the aluminum space frame and a few other updates, the vehicle has dropped 154 pounds from the standard version.    The cabin is swathed in Designo leather, faux suede, carbon trims and red accents.

The 2014 SLS AMG Gullwing Black Series goes on sale next summer.  No pricing yet, but we expect a substantial markup from the base car’s $192,175 sticker.  Chances are, we’ll get pricing and production details when it makes an official debut at the LA Auto Show.