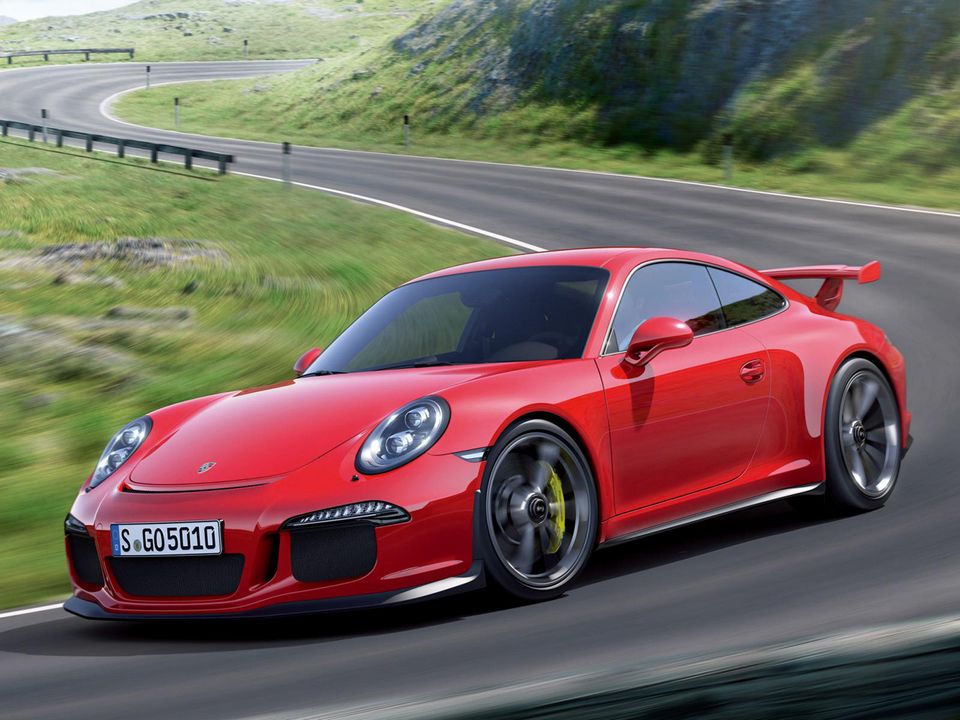 The range-topping Porsche 911 couples good looks with some serious driving performance.  But you’ve been driving exotics for years now and it’s just not enough to satiate your admittedly greedier cravings.  The 2014 Porsche 911 GT3 just might be what gets you over the hump, delivering the pinnacle of sports car performance from the automaker.

Clocking an impressive time of just under 7:30 at Nürburgring, the fifth-generation model bundles a new engine, transmission, body and chassis, making for an entirely fresh ride.  The result is a faster, quicker and more powerful performer — one that can make you forget the previous generation of this track-faring beast in a heartbeat. 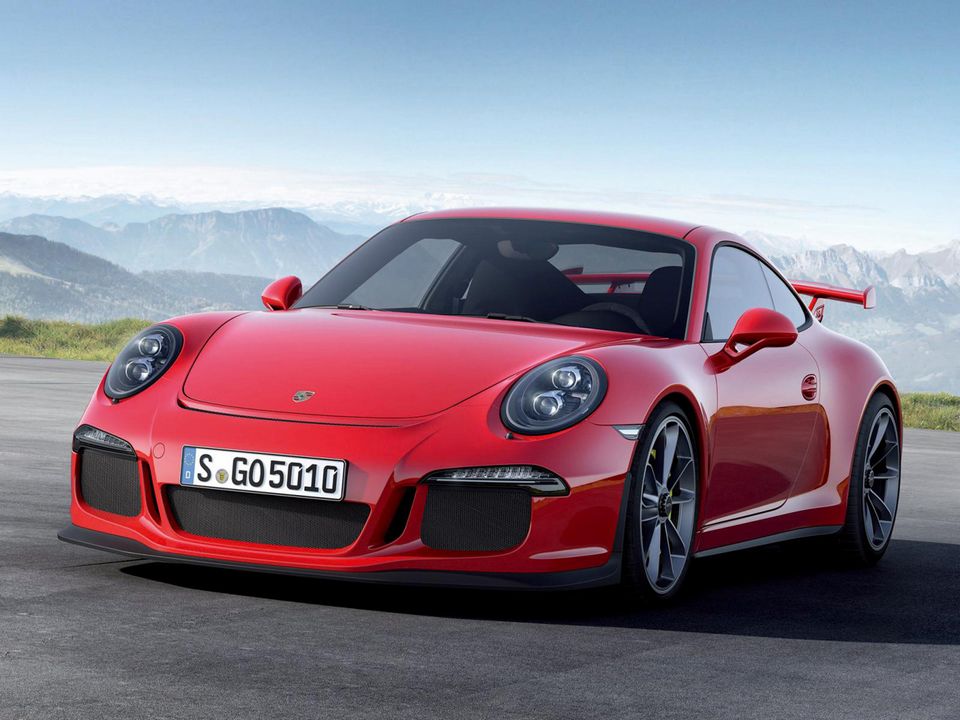 The 2014 Porsche 911 GT3 houses a 475 horsepower 3.8-liter V6 boxer engine under the hood, allowing it to go from 0 to 60 in just 3.3 seconds and reach top speeds of 195 mph.  There’s no option for manual gearing, but it does have the specially-developed dual-clutch PDK transmission sending power to the rear wheels, promising to deliver “shorter gear ratios, faster shifting and shift paddles with much shorter travel.” Oh, and this is the automaker’s first production car to feature active rear-wheel steering.

Body is based on the current-generation 911 Carrera (hybrid steel and aluminum construction), but sets itself apart with unique front and rear fascias.  Other highlights include 20-inch forged alloy wheels, a wider aggressive body, and a massive fixed rear wing. 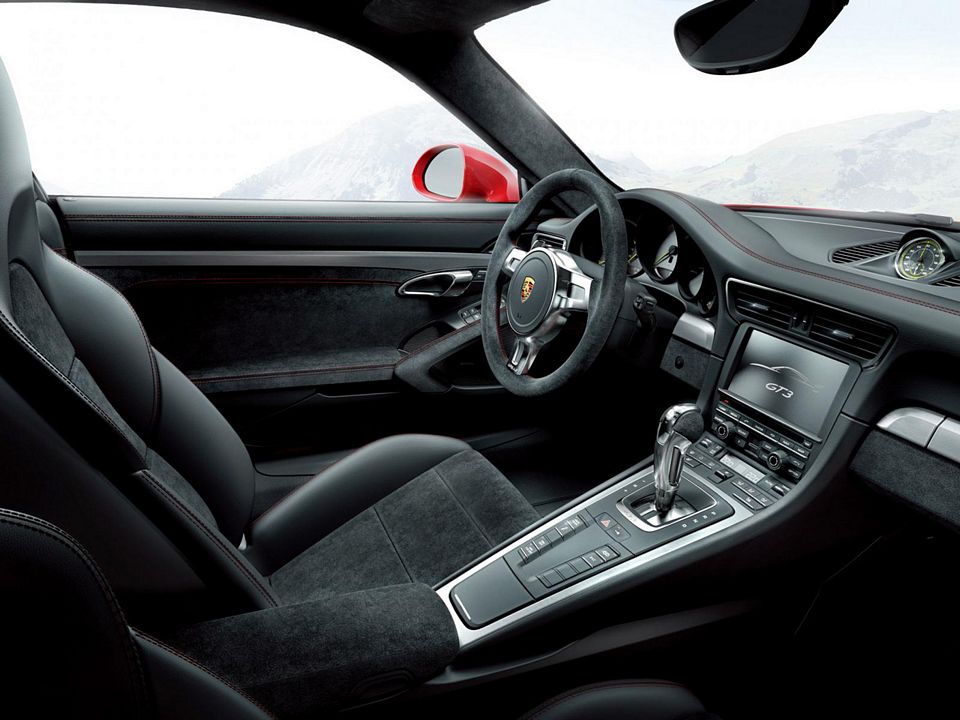 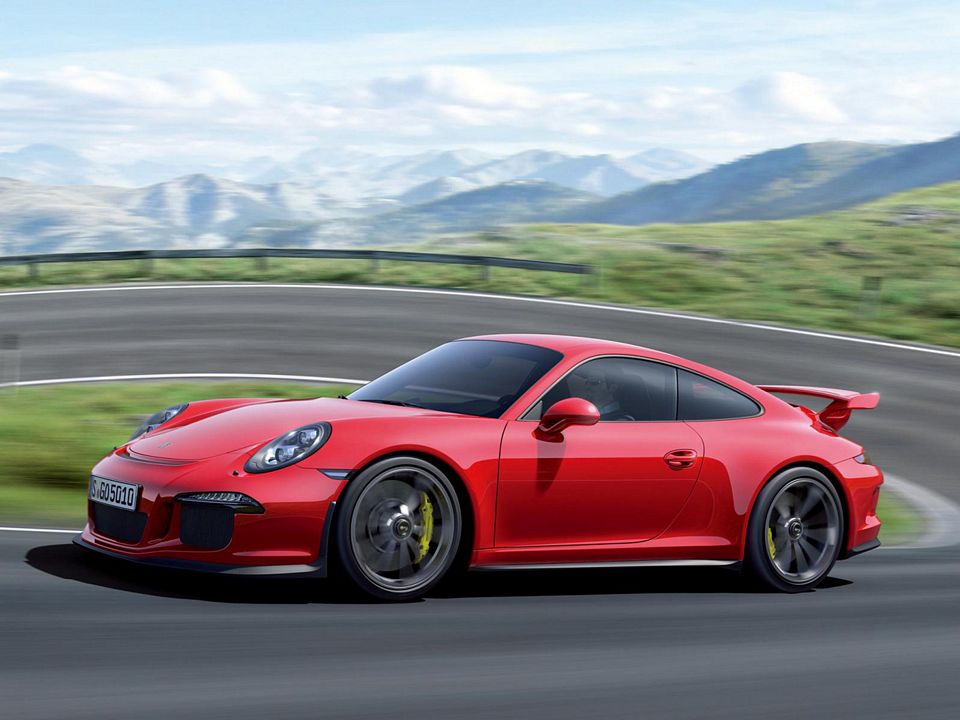 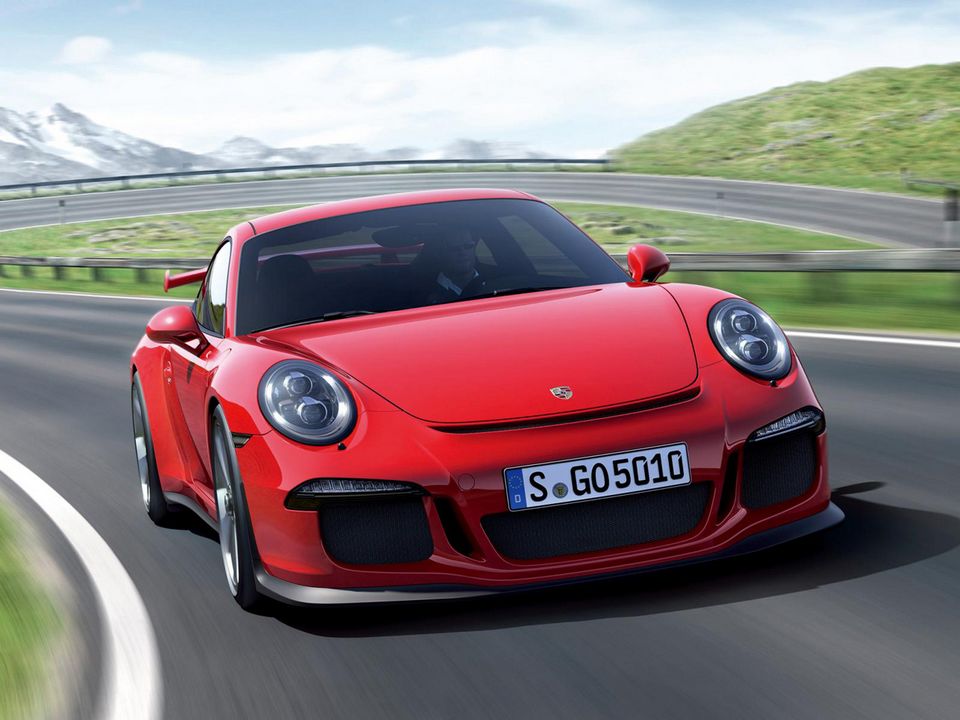 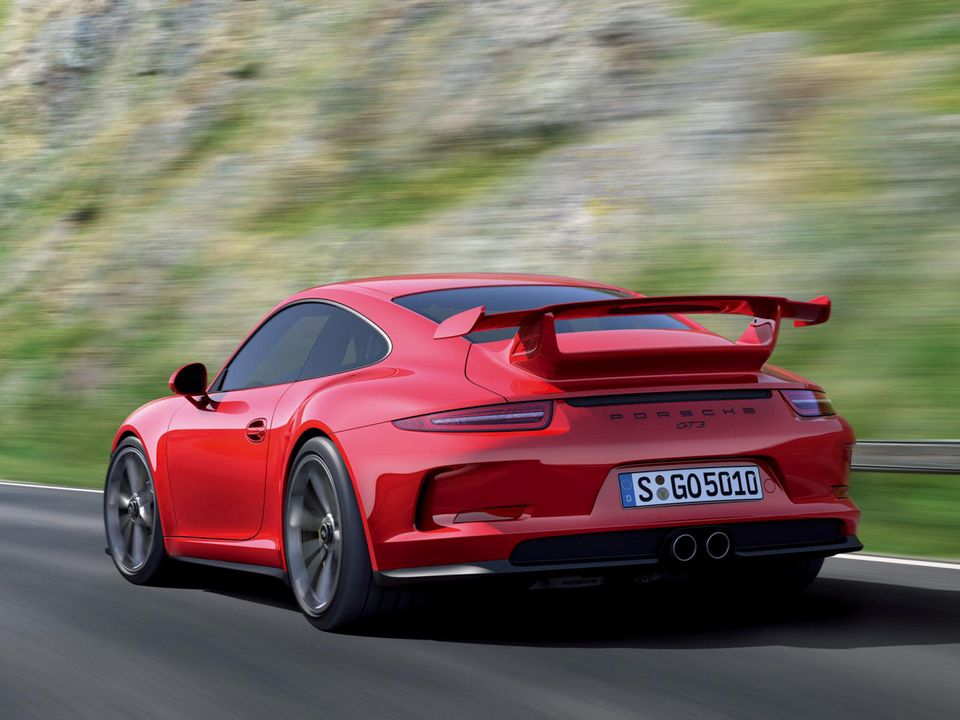 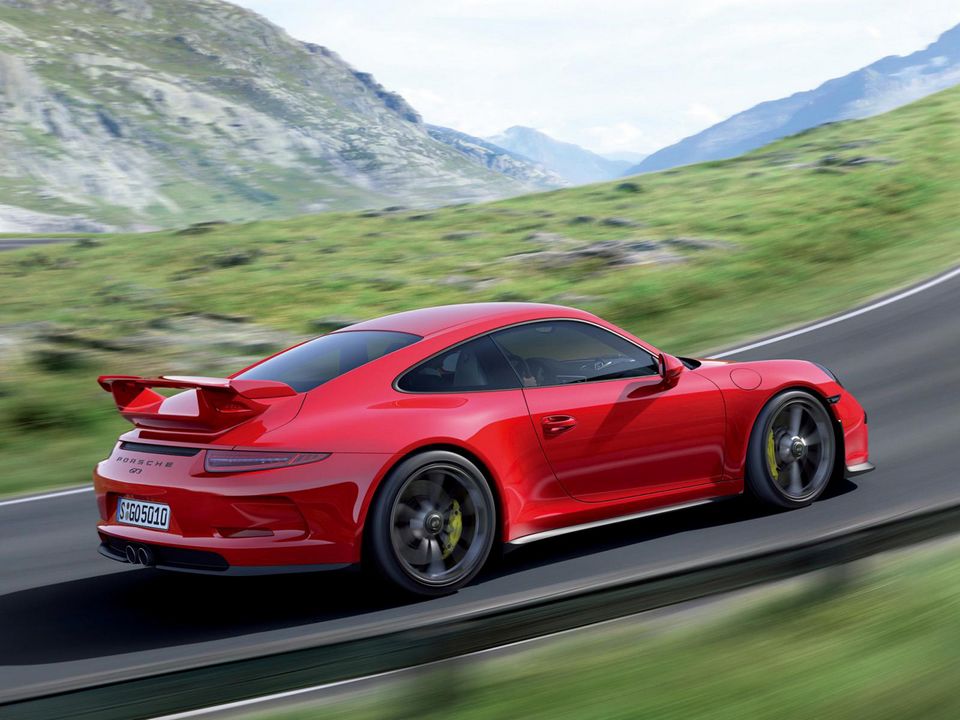