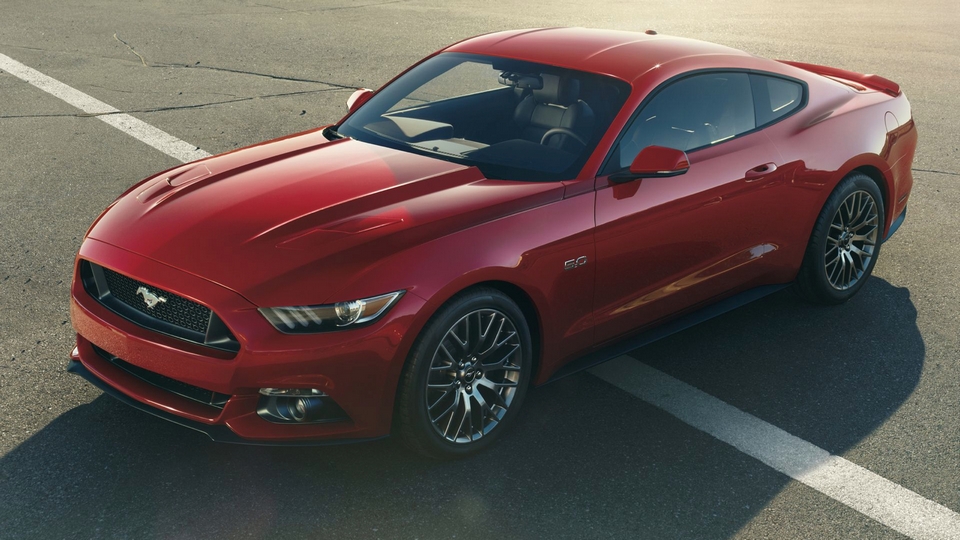 The sixth-generation of the original pony car, easily one of the coolest cars ever made, has been one of the most anticipated vehicles of the year.  And now, the 2015 Ford Mustang is here.

We can’t help but associate muscle cars with gas-guzzling, loud-roaring engines that’s more about performance than efficiency.  Not anymore.  This time around, the Mustang steps into the future, bringing new technologies that make it both a powerful performer and an efficient daily car, all while retaining every single bit of its brawny appeal. 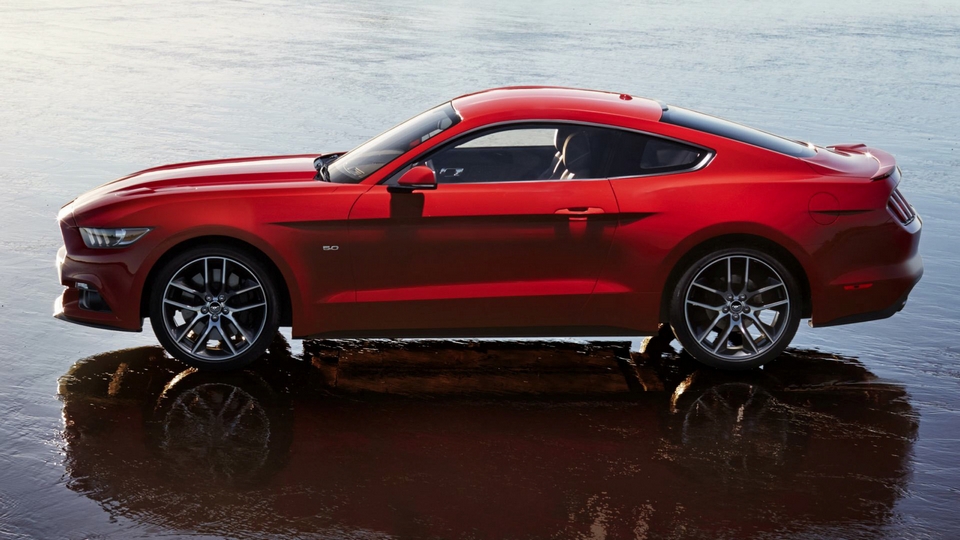 Arguably the line’s most revolutionary model yet, the 2015 Ford Mustang hides a 2.3-liter four-cylinder EcoBoost engine that puts out over 300 horsepower.  While it may sound like sacrilege to arm a Mustang with anything less than a V6, Ford claims this smaller engine is not just lighter and more efficient, it brings more speed and power to the vehicle, too.  Want even more power?  Get the GT, which throws in a 420-horsepower 5.0-liter EcoBoost V8, selectable driving modes, and “Track Apps” that make it a serious racing threat.  Styling looks even more aggressive than the last model, with a trapezoidal front grille, thinner pillars that reduce blind sports, and more pronounced bulges by the rear wheels.   Other details include a revised all-independent suspension, wheel options up to 20 inches,  and a choice of either manual or automatic transmission. 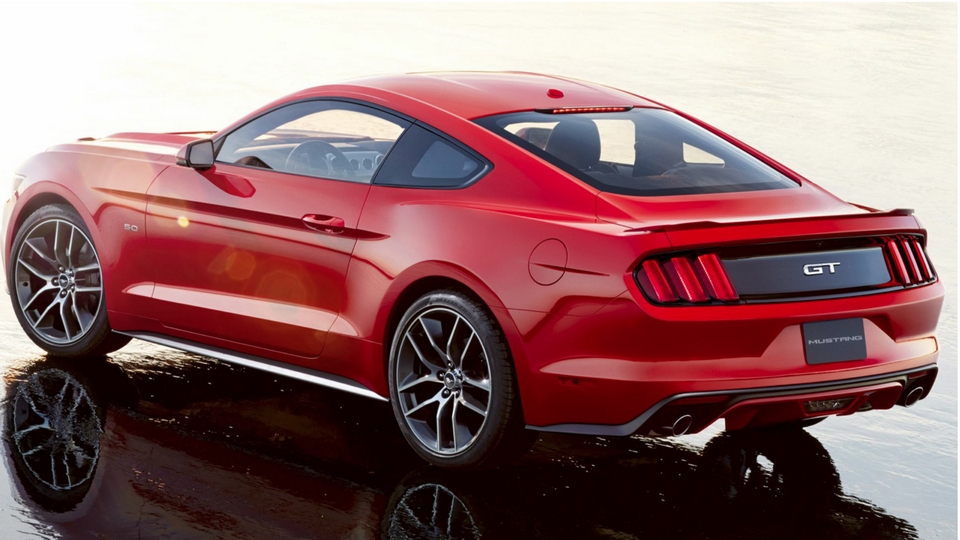 Ford did not pass up the chance to upgrade the interior, either.  Less of the discount plastics from the last model now sit inside, replaced mostly by metal, soft-touch plastic, and leather with contrast-stitching.  Interior details include an aviation-inspired dashboard design, a deep-dish steering wheel, and a larger cabin. 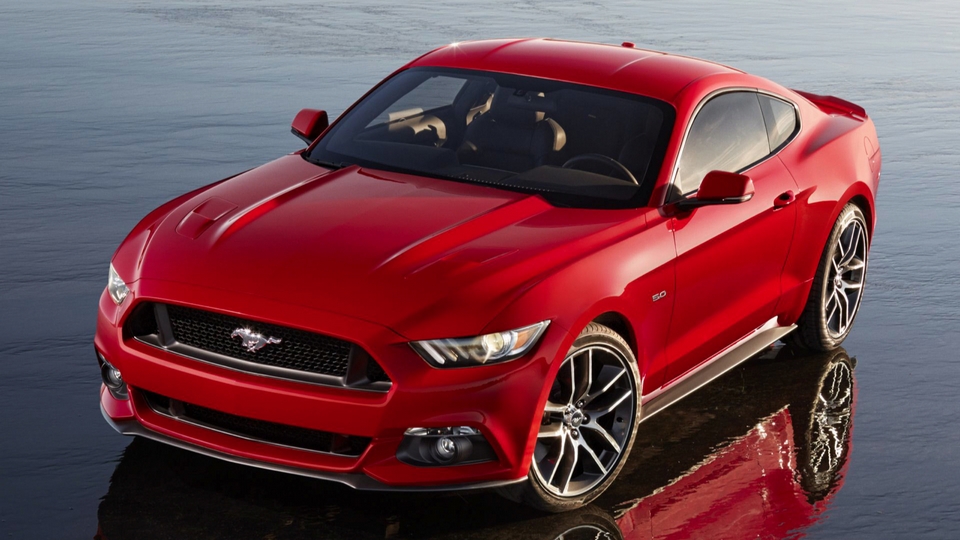 No word on official pricing, but expect the 2015 Ford Mustang to hit dealerships late next year. 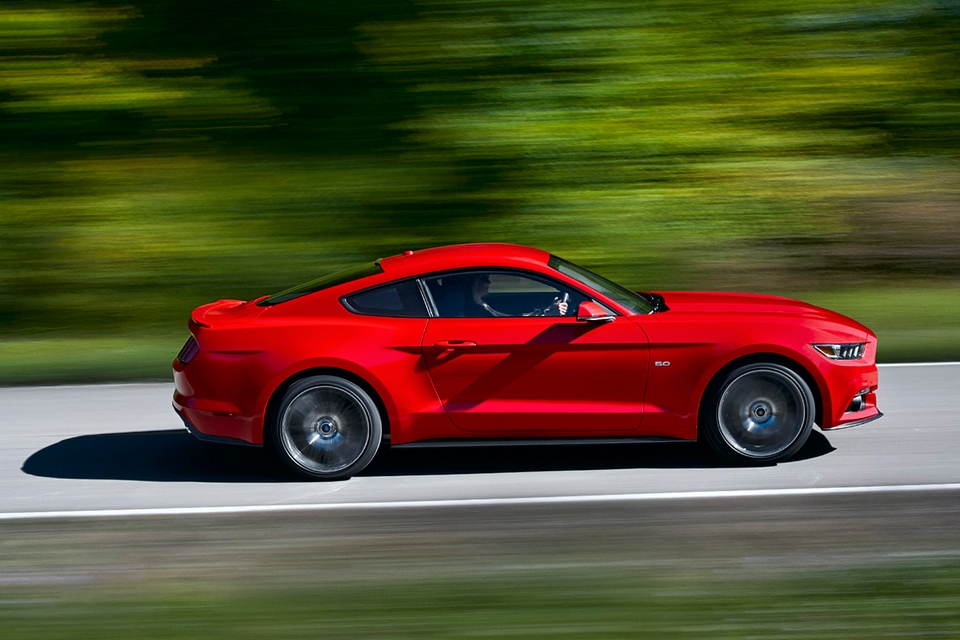 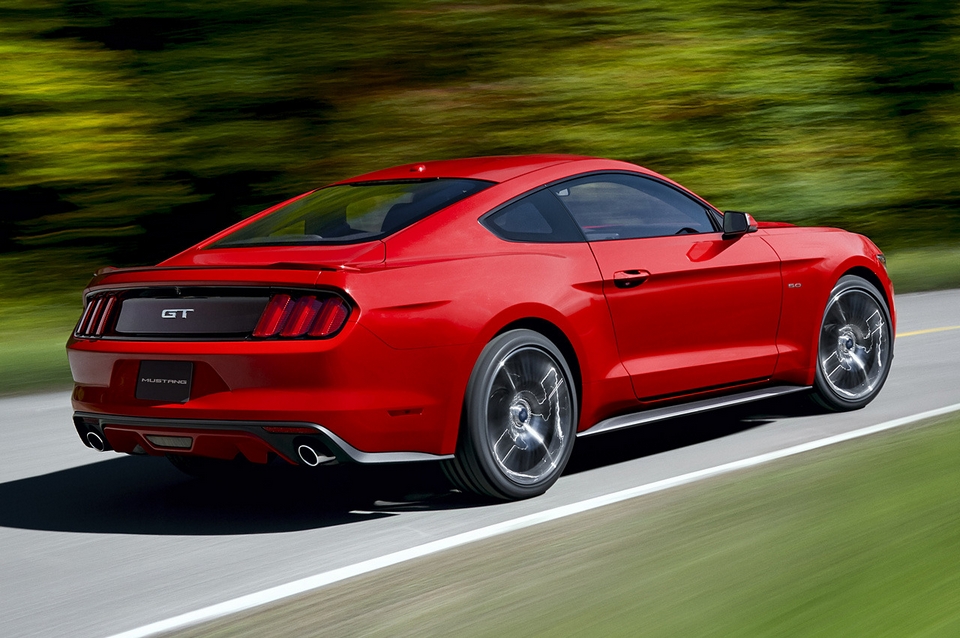 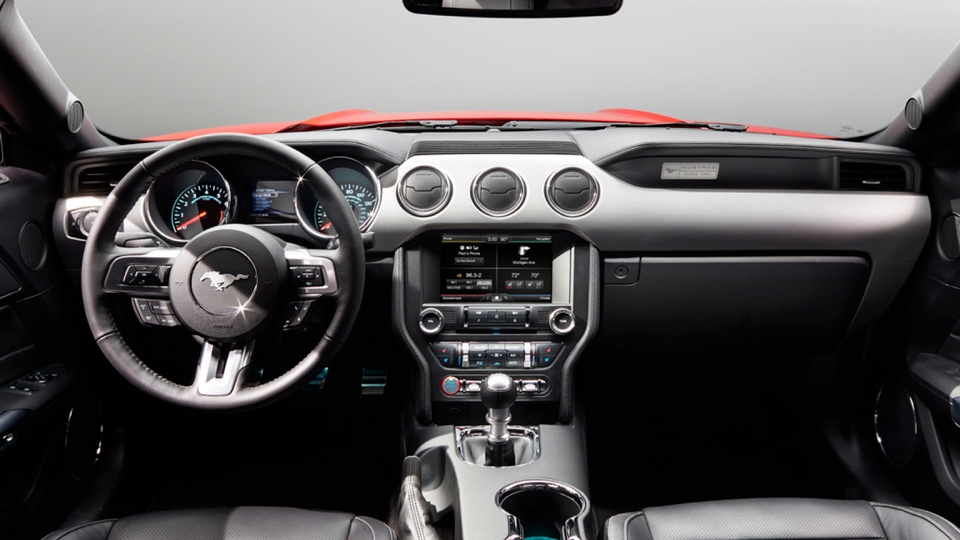