2016 Acura NSX Brings 550HP V6, Three Motors, And All The Aggression It Can Muster 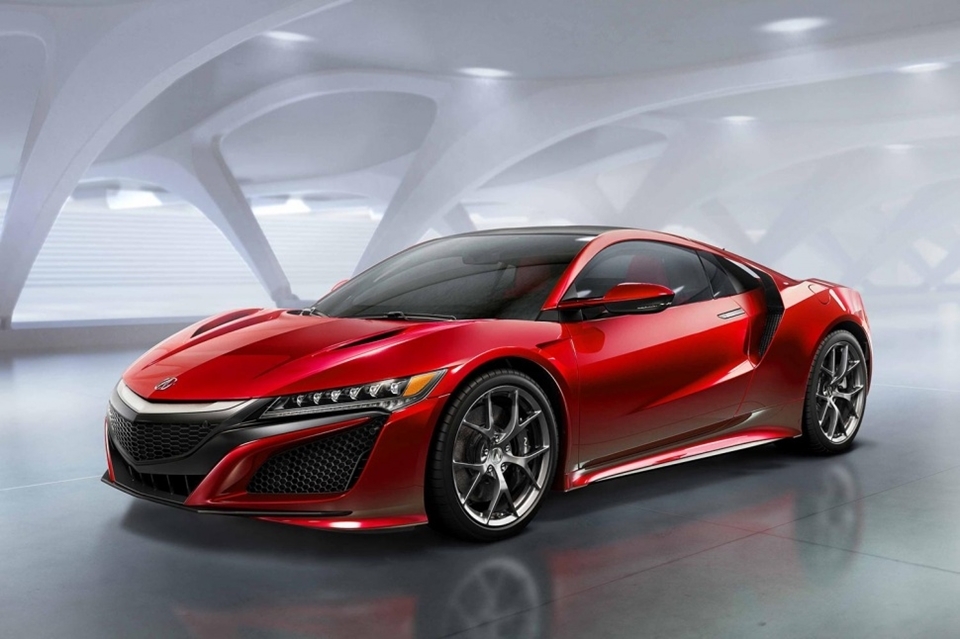 After more than a decade of absence, the rebirth of Acura’s cult classic from the 90s is finally official. That’s right, the 2016 Acura NSX is here and it’s a beauty.

Powered by a a longitudinally-mounted, twin turbo V6 mated to a 9-speed dual-clutch gearbox, the next-generation NSX boasts north of 550 horsepower, ensuring this thing will be brutally fast, even though Acura hasn’t released official performance numbers. The engine is reinforced with Honda’s Sport Hybrid System, which adds a trio of electric motors (two in the front wheels, one in the rear axle) to help pin you on the seat during wide open throttle. 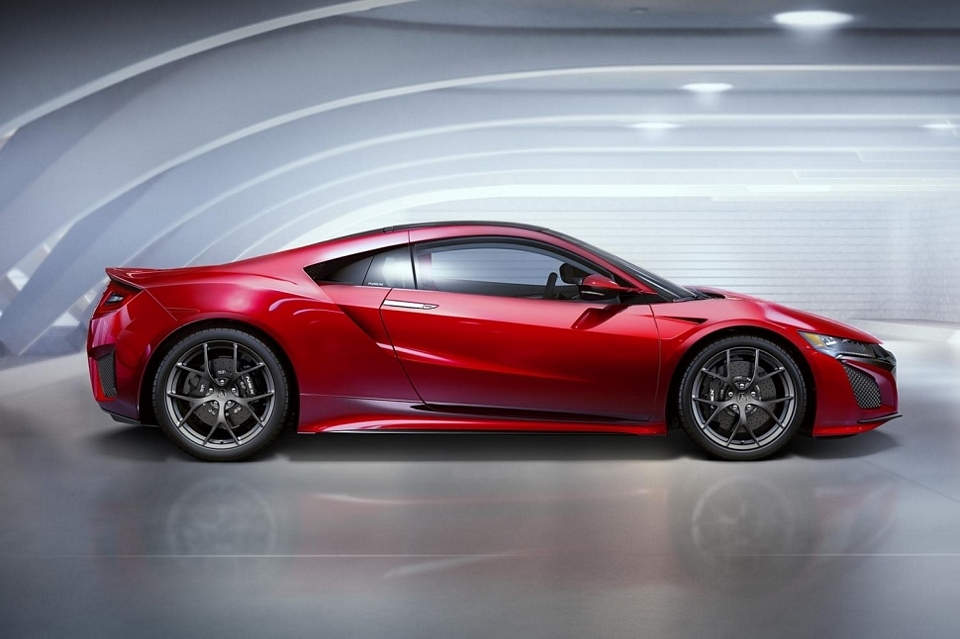 The all-wheel drive 2016 Acura NSX has low and wide proportions, along with plenty of scoops, vents, and slashes, making the whole thing look exceptionally aggressive. Chassis is built on aluminum and steel space frame, ensuring it will have the necessary strength to support the vehicle at full power, with the body panels cut in aluminum and fiberglass-like sheet molding compound (SMC).   Equipped with fully-independent, all-aluminum suspension, it’s geared for optimum handling whether on the road and on the track, with high-quality carbon ceramic discs helping it do a full stop in a pinch. 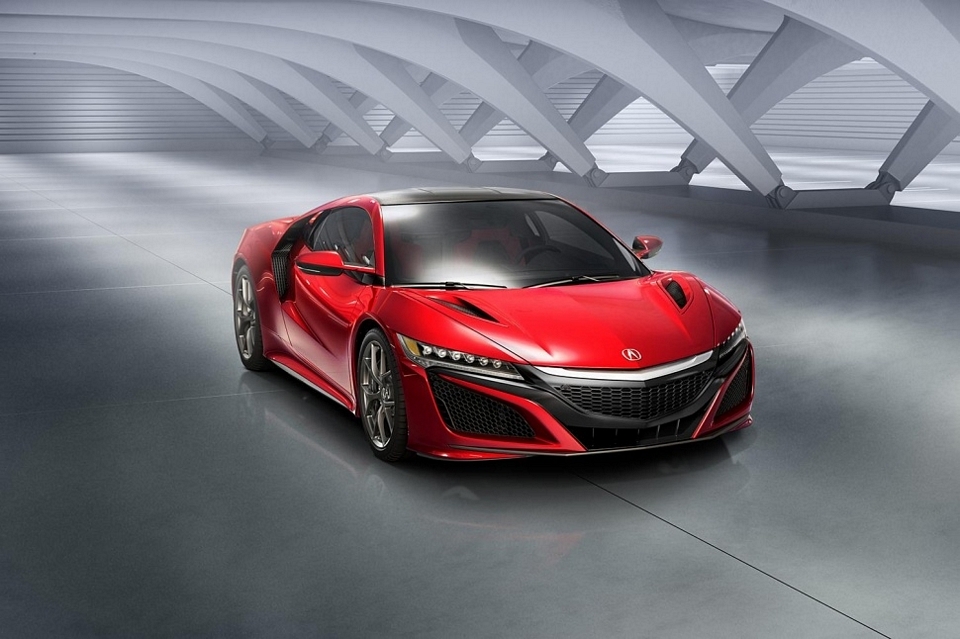 Cabin is decked in leather and aluminum, with a tall center console, high sills, and a floating center stack. Truth be told, the interior isn’t as exciting as it probably should have been, but it is undeniably premium, all while promising “outstanding comfort. “ 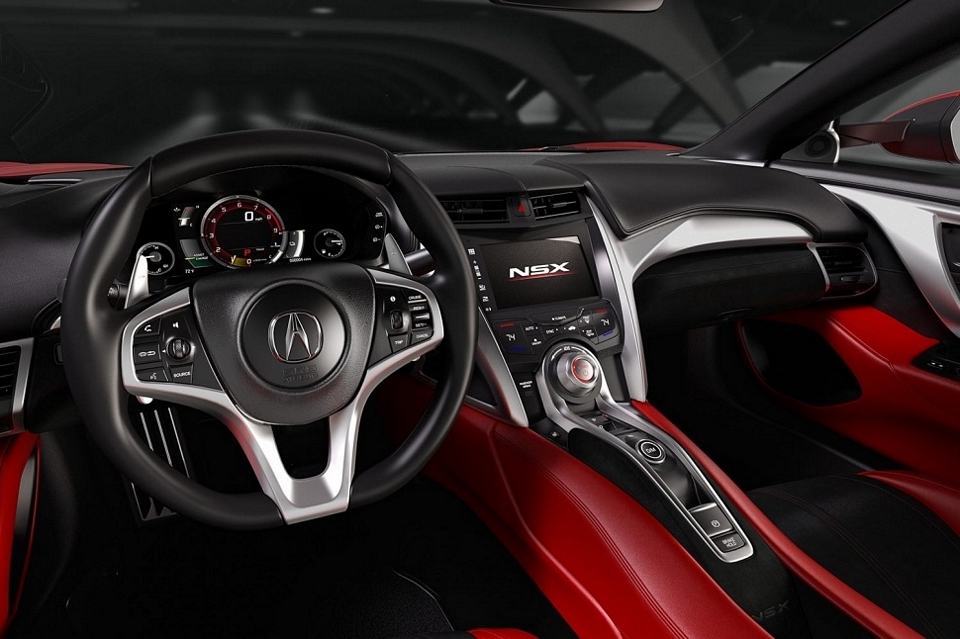 Acura will begin taking orders for the 2016 NSX in the summer, with deliveries slated for the end of the year. Pricing has not been announced, but it’s expected to be upwards of $150,000. 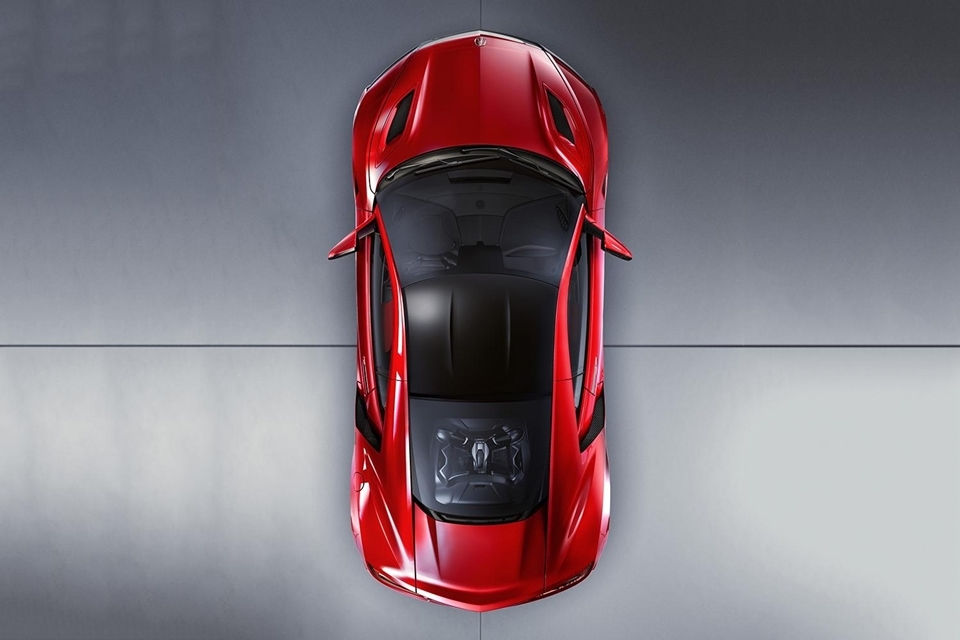 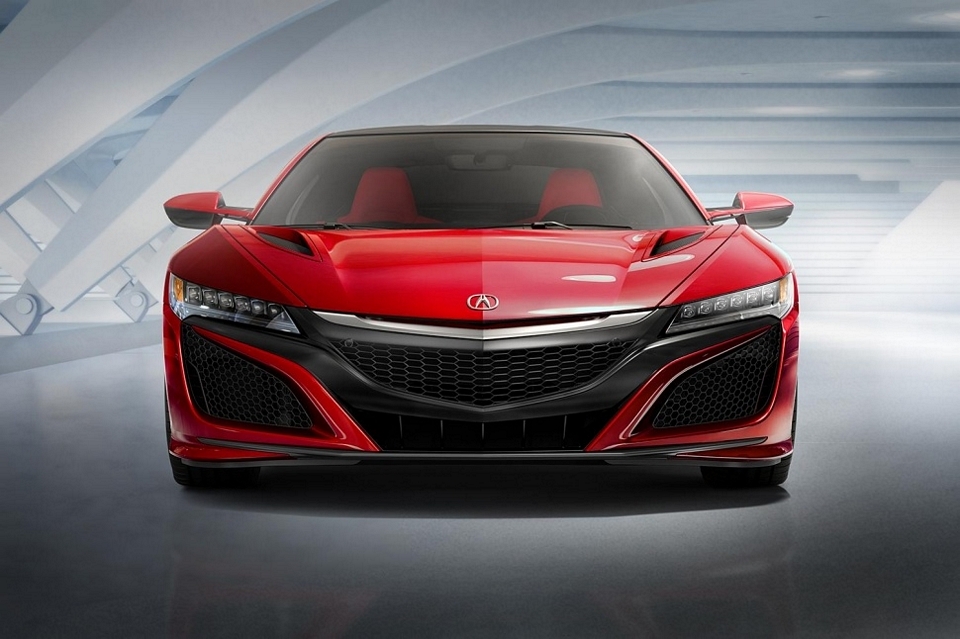 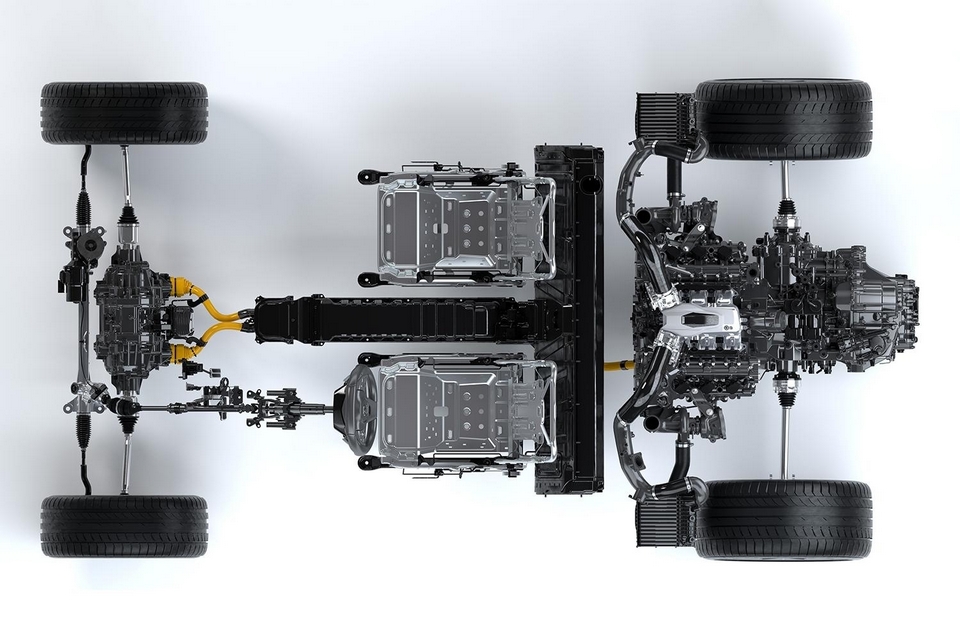