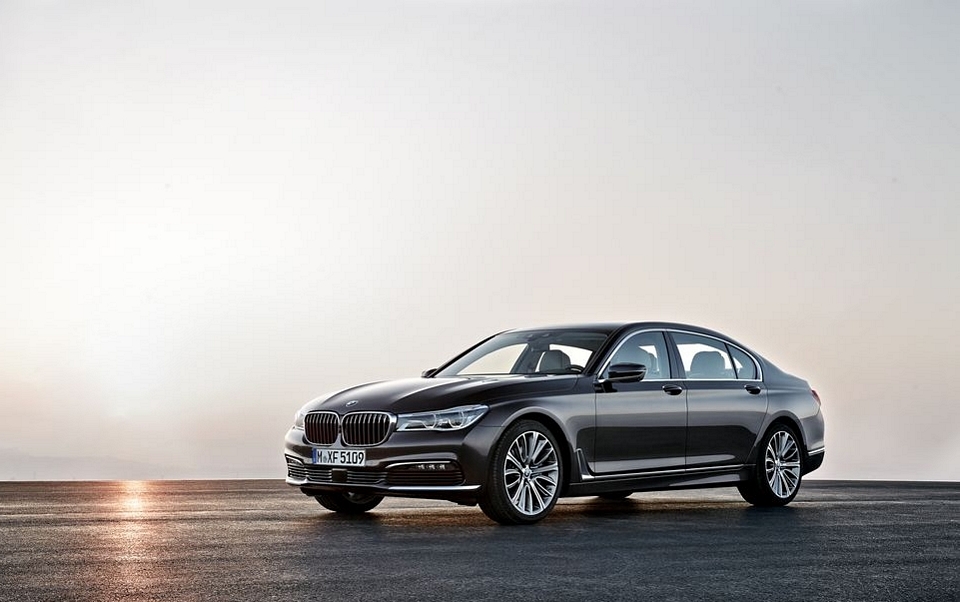 BMW’s sixth-generation 7 Series received its official reveal, bringing along a host of new tech that makes it look like it came straight out of a 007 movie. Well, minus the weapons, of course. Simply put, if you like your car with a focus on tech rather than pure horsepower, this is the ride you want to have sitting in the garage.

No, it won’t drive itself yet, but like many new high-end cars, it can park autonomously. Except, on this one, you can do the parking remotely, so you can actually get out of the car and watch it park while you begin to walk to wherever you’re going. And while self-driving isn’t an option, it offers a lot of other automation, such as a dynamic cruise mode with full stop and start, as well as a traffic jam assist function (it maneuvers the car during heavy traffic). 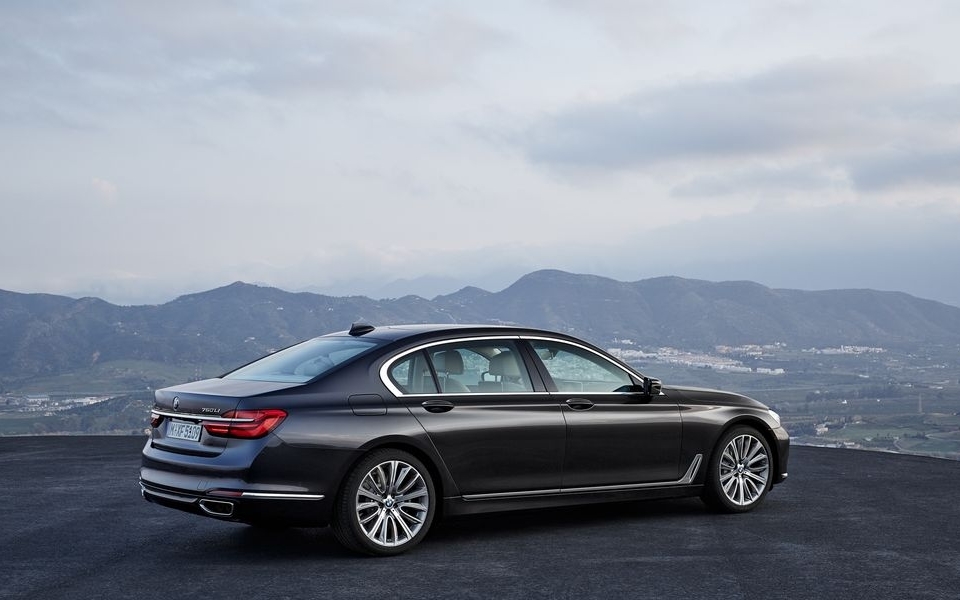 Remember that phone-like car key that comes with the i8? The BMW 7 Series gets that as an option, too, allowing you to control various car functions remotely, such as activating the climate control well before you get to it. The new iDrive infotainment system gets both touchscreen and gesture support, with the latter allowing you to interact with the system using simple waving gestures. Other notable new tech include a self-leveling air suspension, laser headlights, heated armrests, active grille shutters, and plenty of innovations for backseat passengers to ensure comfort during chauffeured rides. 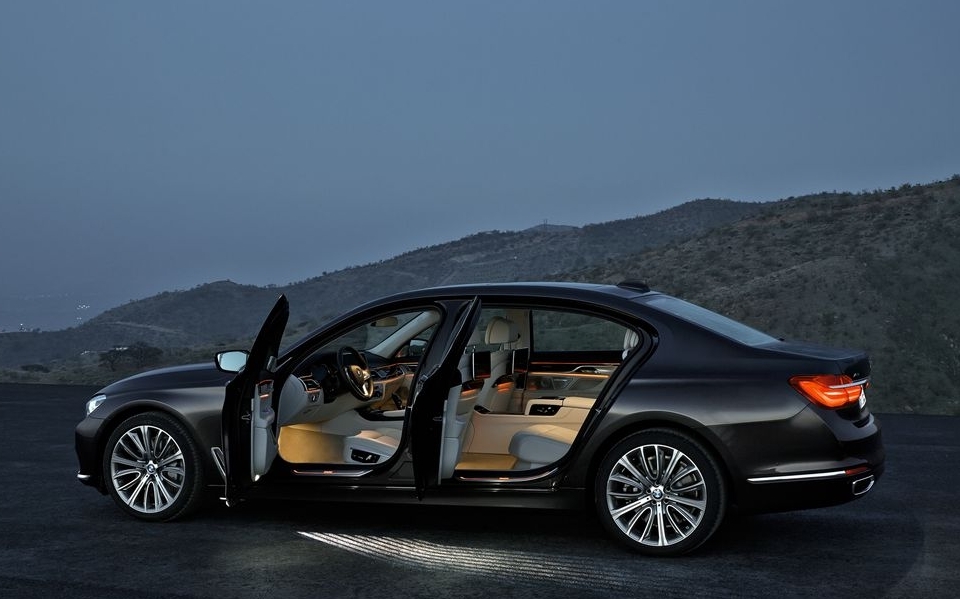 A full 190 pounds lighter than its predecessor, the vehicle features a new internal structure called Carbon Core, which uses a mix of carbon fiber-reinforced plastic, aluminum, and high-tensile steel for the major structural components. And while it’s lighter, it’s also bigger and roomier, making it the largest sedan the company has ever built to date. Two engine options are available: a 320-horsepower V6 and a 445-horsepower V8. 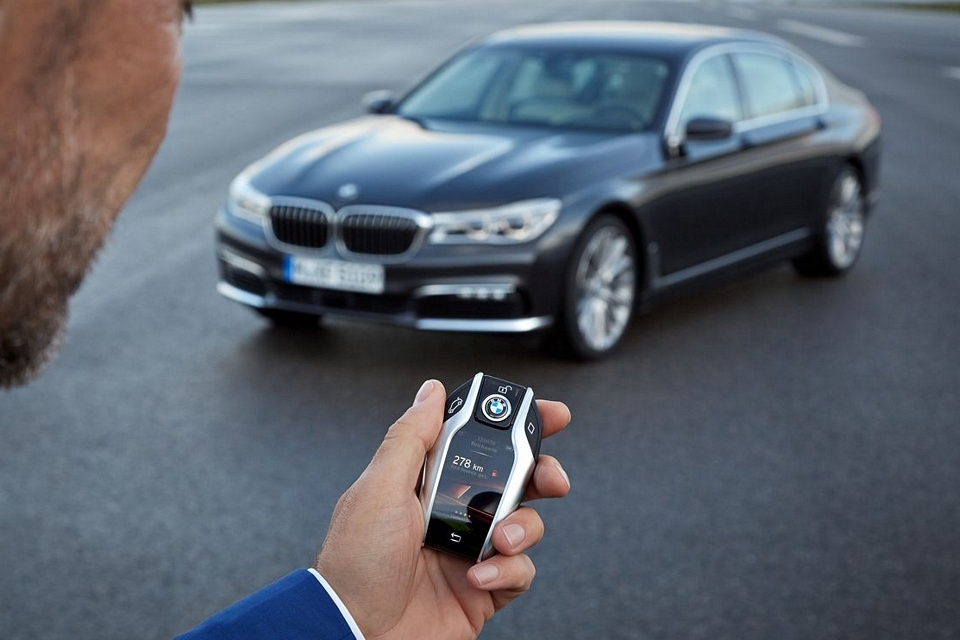 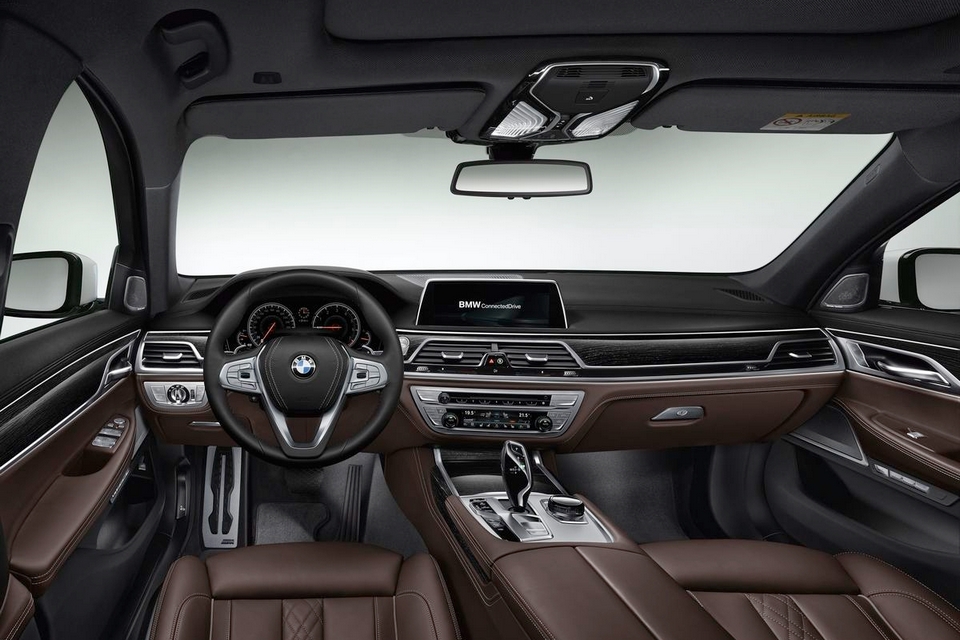 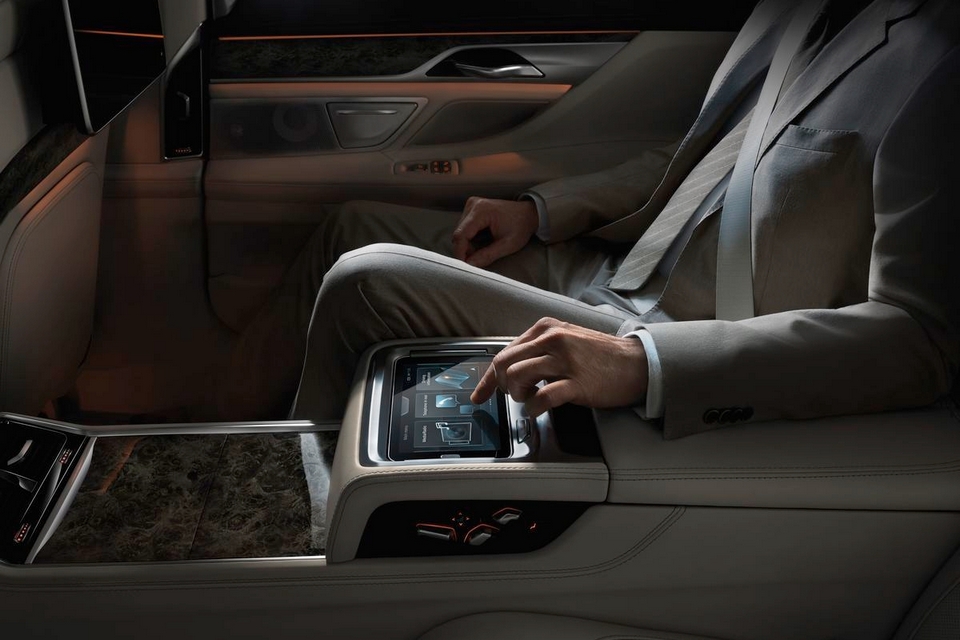