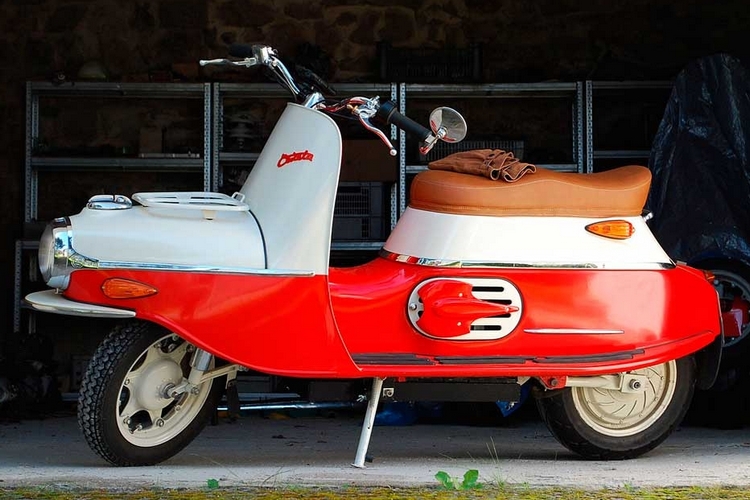 Like many, we’re not really familiar with the Cezeta, a Czechoslovakian scooter originally manufactured from 1957 to 1964. It didn’t get much traction beyond its home country and adjacent parts of Europe, after all. The world, however, is a smaller place now, which bodes well for the potential of the 2016 Cezeta Type 506, an electric version of one of the last century’s most unusual-looking scooters.

You know how Harleys are called “hogs”? Well, the Cezeta was nicknamed “pig,” a tribute to the barrel-shaped body and the snout-like front fairing that allowed it to integrate a full-sized rack out front. And, yes, the new version will retain that original’s aesthetics, making for one practical-but-slightly-weird-looking ride. 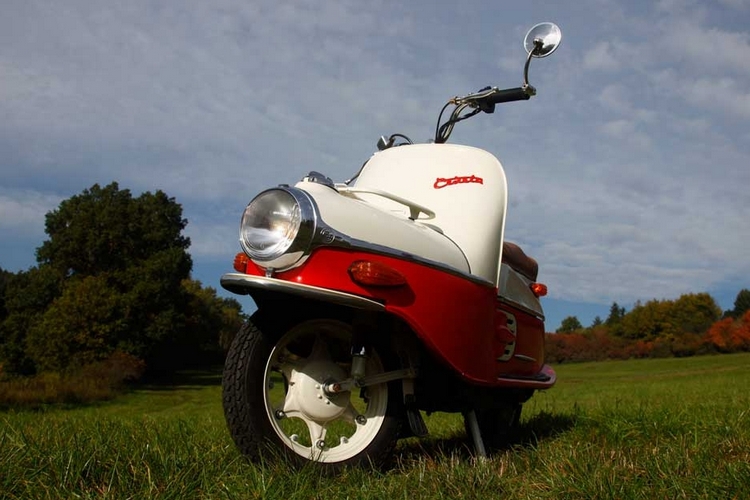 The 2016 Cezeta Type 506 replaces the original engine with a 5kW three-phase brushless electric motor, which draws its power from two sizes of LiFeYPO4 battery packs. That combo allows it to run at speeds of up to 55 mph and a 0 to 60 of 3.5 seconds, with a decent range of up to 60 or 120 miles on a single charge, depending on which battery you pick up. An accompanying app allows you to adjust performance and efficiency settings, like max speed and acceleration, along with an integrated AC outlet that you can use to plug in appliances on the road. 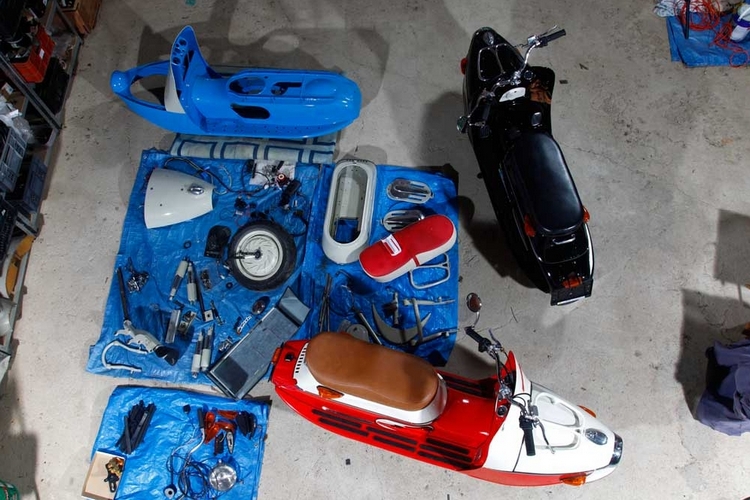 Features include a reverse gear (yep, it can run in reverse), hydraulic brakes, a high-performance steel monocoque body, USB slots for charging your phone, underbody lighting, and a leather seat. It even comes with an integrated Bluetooth speaker, so you can play noises on the road to compensate for the scooter’s dead-silent operation. 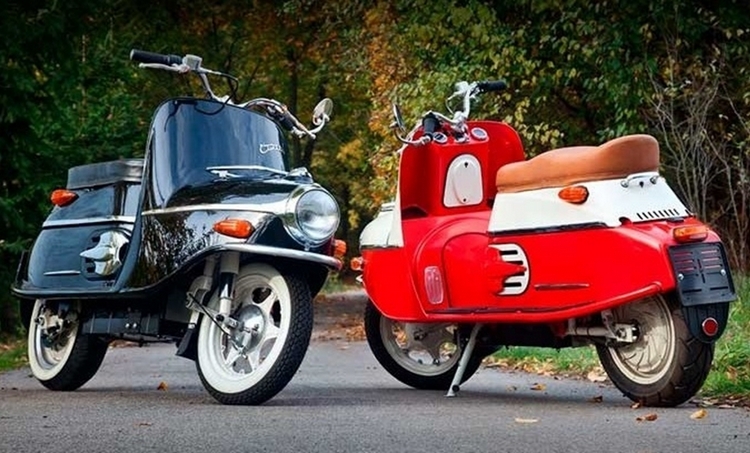 Now available for preorder with shipments slated for December, the 2016 Cezeta Type 506 is priced at €9,900.