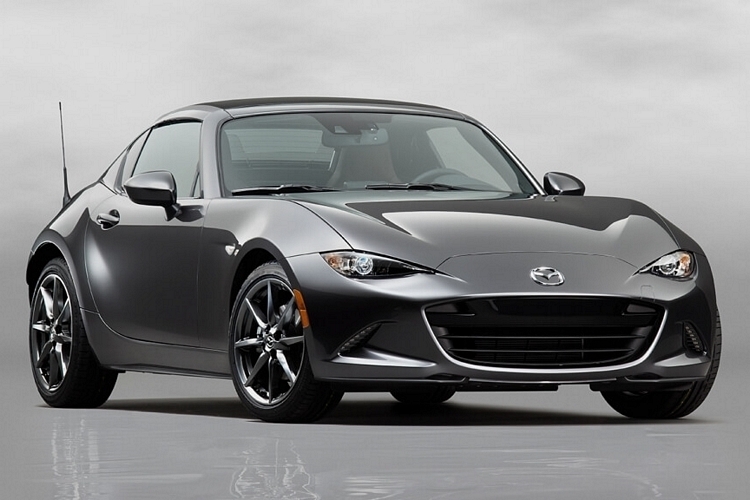 Been holding out on buying a fourth-gen Miata until the hardtop convertible came around?  Well, it’s finally here in the form of the 2017 Mazda MX-5 RF and it’s way better than anyone expected.

Instead of a detachable hardtop (1st and 2nd generation) or a motorized retractable roof (3rd generation), the new convertible roadster sports a similarly-motorized targa-style roof panel that’s swallowed up by buttresses on the back in one swift motion. It’s an unusual way of going from hard top to giving passengers clear view of the open skies, making the retractable roof design feel a heck of a lot fresher.

The 2017 Mazda MX-5 RF is billed as a “retractable fastback,” combining the disappearing roof with a fastback styling for a really sporty feel.  Oh yeah, the back windows retracts as soon as the top goes out, too, so you can smell the exhaust fumes for whatever joy it brings your heart, with a large acrylic aero board preventing air from blowing back into the cabin. Designed to provide a quieter cabin than the soft top, it comes with sound-absorbing liners on the inside of the roof panels and sound insulation around the rear wheel housings. 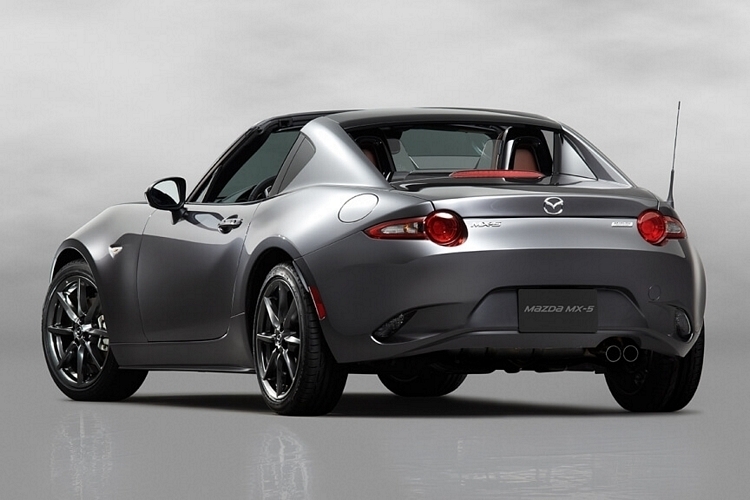 You can get the car with either the 2.0-liter or 1.5-liter Skyactiv-G engine, along with your choice of a six-speed manual or six-speed automatic transmission. Features include 4.6 cubic feet of trunk space, a bevy of advanced safety technologies, and a retractable function that can be operated while running at up to 6 mph.

Preorders for the 2017 Mazda MX-5 RF begins in the summer.  No pricing has been announced.