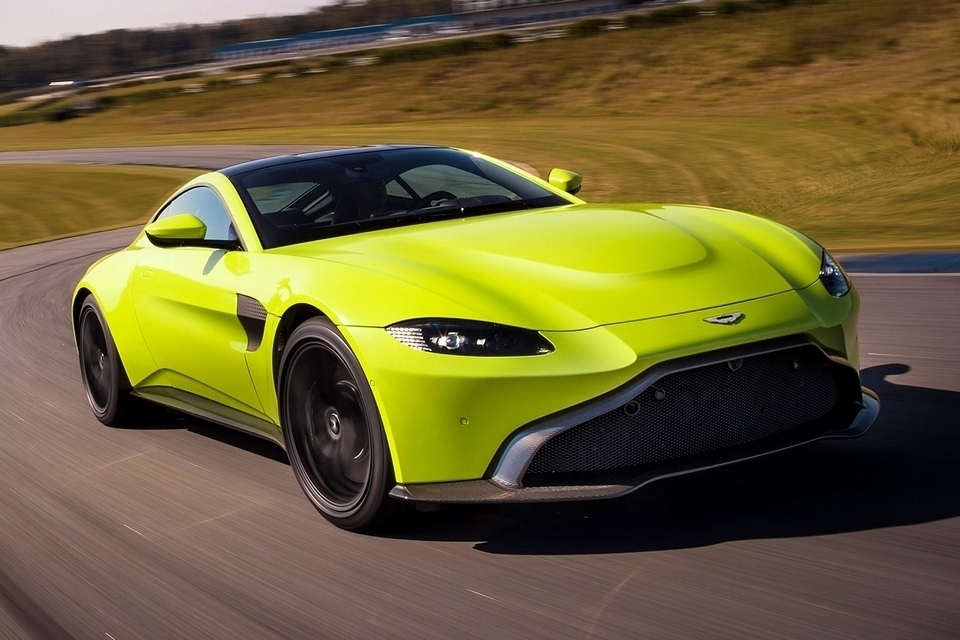 As much as we love the Aston Martin Vantage, twelve model years is a long time for a single model to look, pretty much, the same. To say it needs a redesign is genuinely an understatement. After over a decade, the 2018 Aston Martin Vantage finally gives the outfit’s volume car a much-needed refresh.

Sporting a low-slung, aggressive stance, the vehicle looks every bit the part of the six-figure sports car, albeit in a styling that’s a lot more low-key than flashy Italian speedsters. It’s also immediately recognizable as a model from the marque, with its signature hill-climb grille, narrow horizontal headlamps, and heavily-sculpted body panels that deftly mixes seemingly predatory elements with elegant charm. 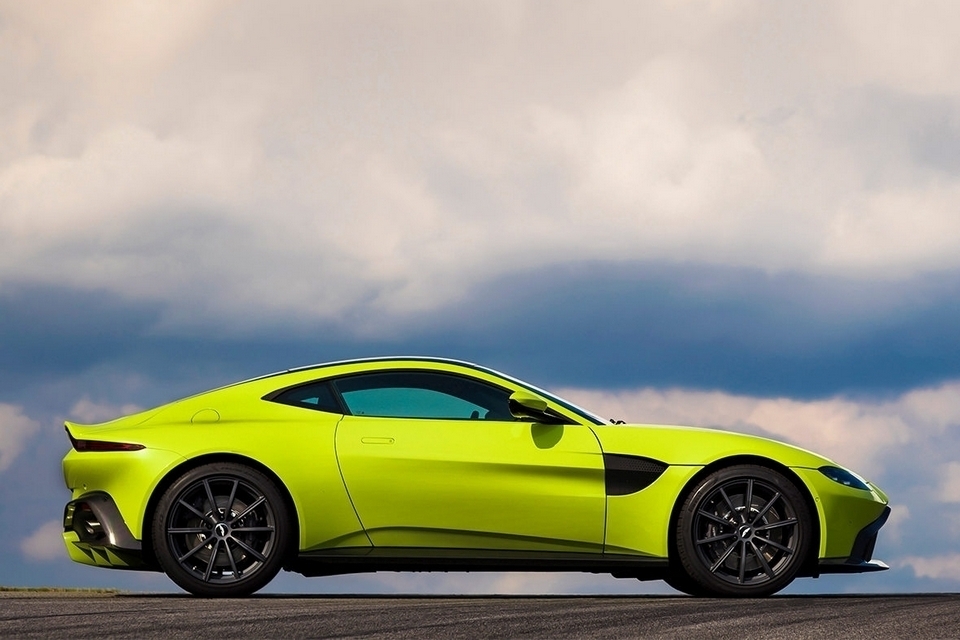 The 2018 Aston Martin Vantage is powered by a twin-turbo 4.0-liter V8 sourced from Mercedes-Benz, which puts out 503 horsepower and 505 pound-feet of torque.  That’s enough to get it going from standstill to 60 mph in just 3.6 seconds, all while reaching top speeds of 195 mph. That engine has been specially-mapped and tuned to produce a slightly sportier and less bombastic bellow, all while sitting lower and further back than its predecessor, lowering the car’s center of gravity and improving its balance when tackling corners.

A new lightweight bonded-aluminum chassis houses the engine, improving the car’s rigidity and overall strength, while an eight-speed ZF automatic (yes, the same transmission that seems standard on all European cars) sends all the power to the rear wheels. It has equal weight distribution, carrying exactly 50 percent in front and 50 percent in the rear, with lightweight metal alloys and composite materials keeping the total heft down to a mere 3,300 pounds. According to the automaker, the vehicle uses no aerodynamic aids, relying purely on sleek sculpting and undercarriage effects to keep its tires firmly on the ground. 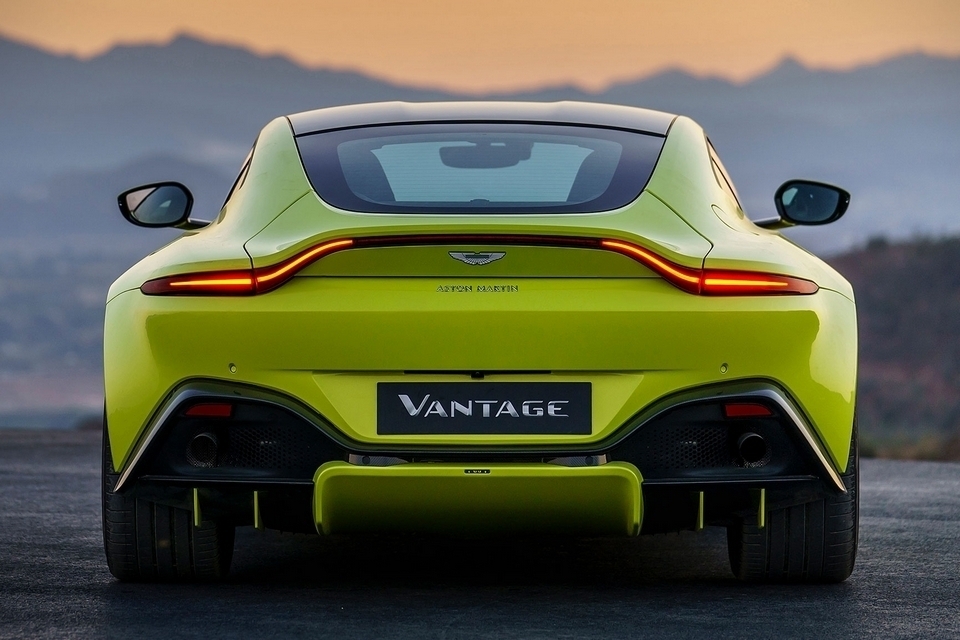 Inside the 2018 Aston Martin Vantage, the driver sits slightly lower inside than its predecessor (half an inch), a change that results from a raised waistline, which also helps create added room in the cabin. The dash has been overhauled to give the driver a sportier layout, with transmission shift buttons arranged in an arc, a big infotainment screen at the center, and Benz’s familiar COMAND controller under it. Electronic driving assistance, of course, comes onboard, including stability control, torque vectoring, and an electric power steering that auto-adjusts its input depending on the car’s speed. A first for this model is the electronic rear differential, which uses the car’s ESC to control power distribution to each of the rear wheels as it’s needed, enhancing its stability both when driving in a straight line and cornering. 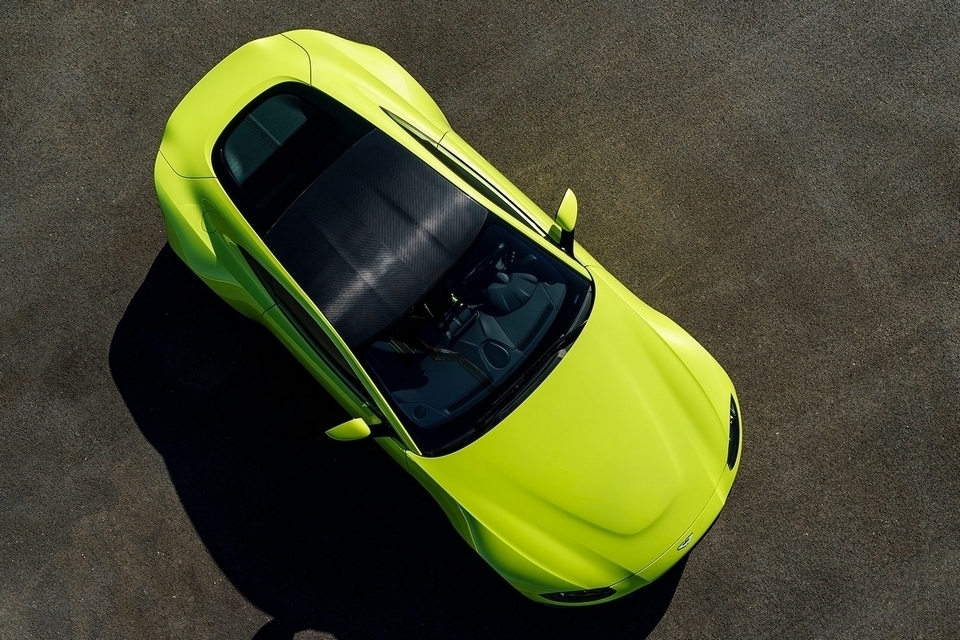 Hand-stitching, embroidery, and decorative perforations in both contrasting and complementary shades abound in the upholstery and trims, with multiple options in materials and colors available to deck the interior out in your terms. It uses the same semi-square steering wheel found in the DB11. 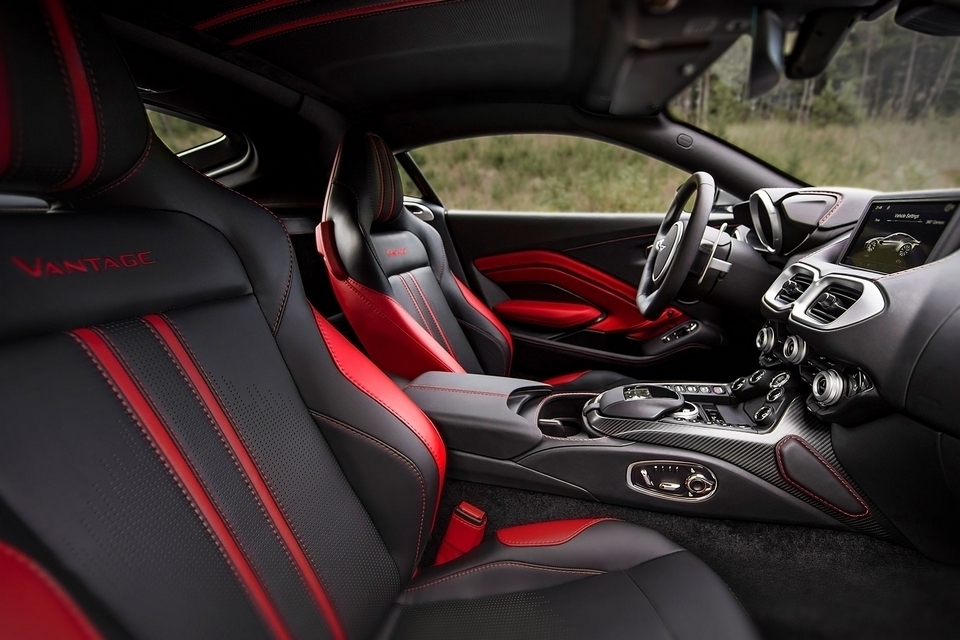 Slated to begin shipping in June of next year, the 2018 Aston Martin Vantage is priced starting at $149,995.