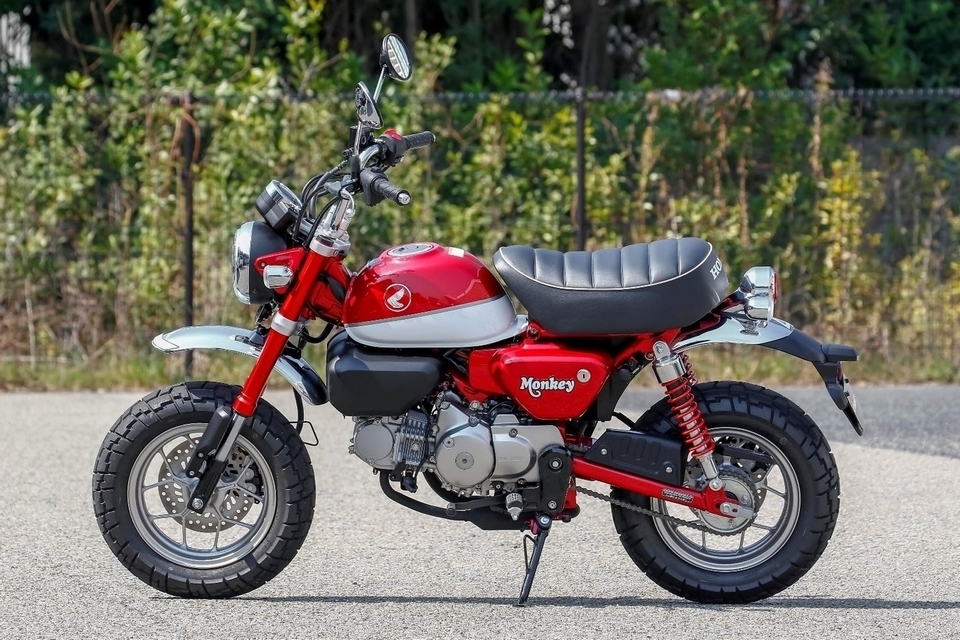 Originally designed as an amusement park ride, the Honda Monkey went on to become an unlikely icon of the 1970s that continued to sell decent numbers well into the 21st century. After putting it on a brief hiatus last year, the outfit is bringing the classic Z-series back in the form of the 2018 Honda Monkey.

That’s right, Honda’s goofy mini-motorcycle isn’t going away after all. Instead, it’s actually getting a reboot, with an all-new motor and bigger dimensions that should make it a lot more fun to ride, all while still making you look like you’re impersonating a primate while riding in the saddle. Well, not as much as it used to, but it should retain a lot of the goofy character that made the original such a classic. 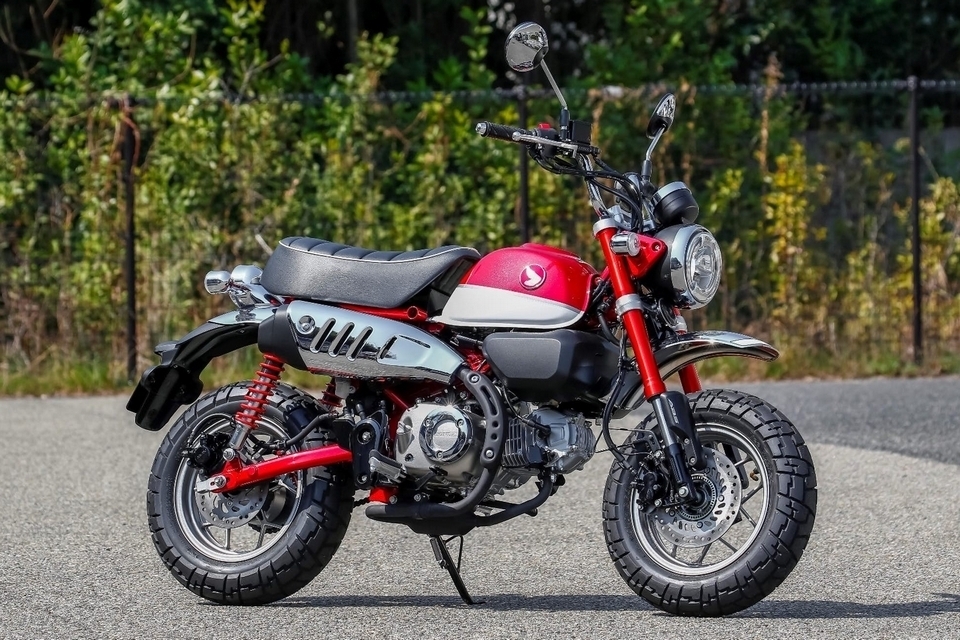 The 2018 Honda Monkey swaps out the 49cc engine from the original Z-series in favor of the same 125cc air-cooled, single-cylinder motor used by the Honda Grom, so this should bring a lot more power than your old monkey bike. With the 9.25-horsepower engine mated to a four-speed transmission, the bike can ride at speeds approaching 50 mph, which should make it feel more like a legitimate bike than a fun weekend toy.  The similarities with the Grom doesn’t end with the engine either, as the vehicle’s dimensions feel a lot like the five-year old mini-bike, so it feels more like an alternative for those who like the Grom’s undersized profile, but want something in a different styling. Suffice to day, the new Monkey isn’t the kind of bike that will fit in the trunk anymore (at 236 pounds, we doubt you can muster the muscle to carry it there, anyway).

It retains the old Monkey’s trapezoid silhouette, while getting a higher stance, much of it courtesy of the 12-inch wheels – a large upgrade to the five-inchers on the original Z-series. Reverse front forks and twin rear shocks should help ensure smooth riding around the city, while the steel backbone frame has been tuned to provide the necessary rigidity while still imparting a supple feel. 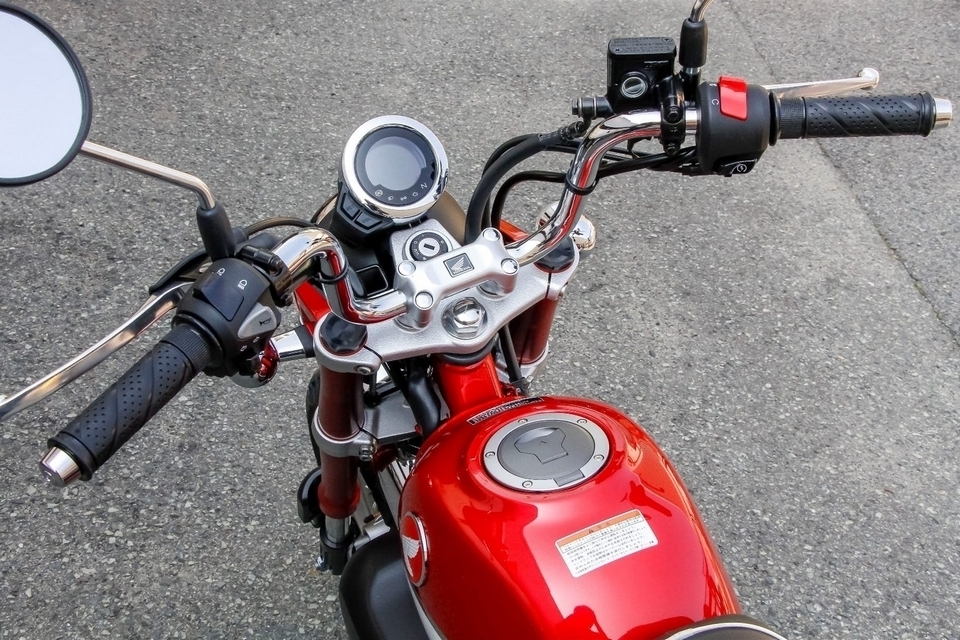 In terms of style, the 2018 Honda Monkey feels like a retro alternative to the Grom, having culled design elements from the original series of mini-bikes. That includes the same glossy paint color for the fuel tank, frame, swing arm, and rear shocks, as well as the chromed steel front and rear mudguards, the circular mirrors, and the high-rise handlebars. 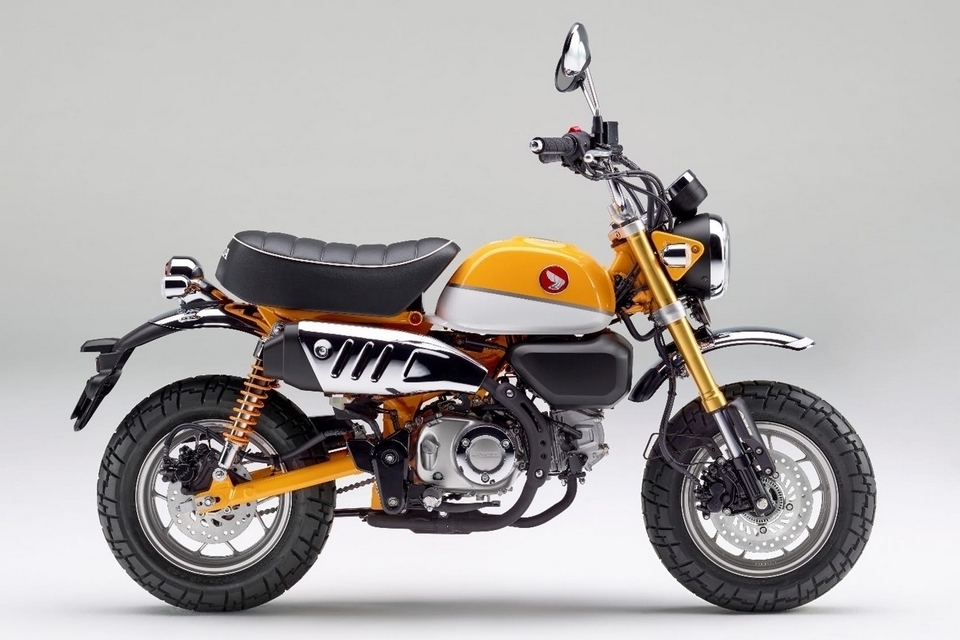 While it looks retro, the bike is completely modern, with full LCD instrumentation, all-LED lighting, and an “answer back” system that makes it easy to spot your bike, in case you parked it in a garage full of similar-looking monkey bikes. Other details include a single-channel ABS system with IMU, hydraulic disc brakes both front and rear, 10-spoke cast aluminum wheels, block pattern tires, and a 6.2-inch ground clearance. It comes in three colorways: yellow/white, red/white, and black/white.

Slated to hit dealerships in the summer, the 2018 Honda Monkey is priced starting at $3,599.