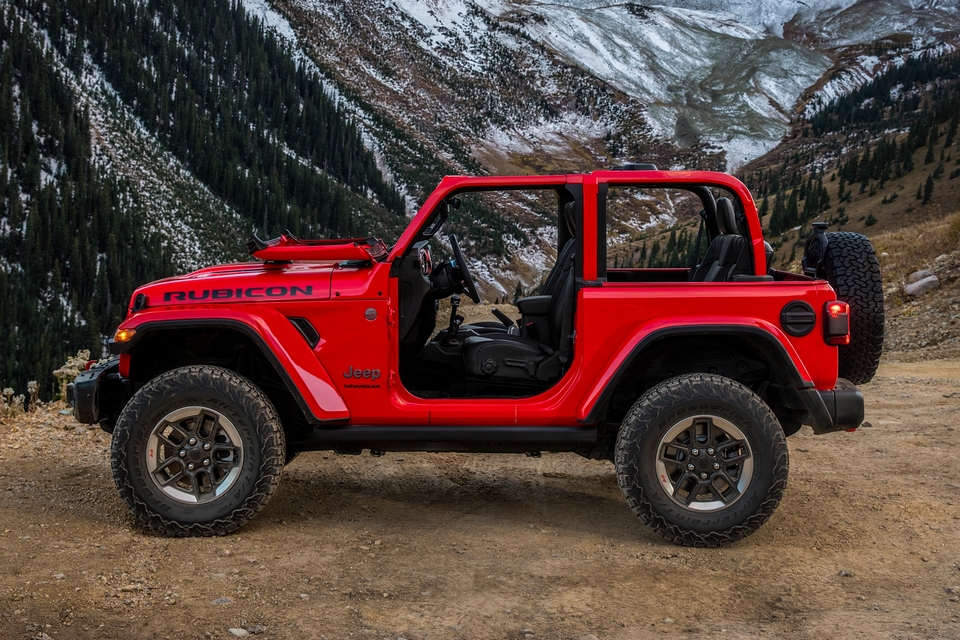 For the first time in years, Jeep’s most iconic vehicle is getting a major makeover. Well, as major as it gets for the Wrangler anyway, whose general styling has remained the same and will probably stay the same throughout its lifetime. Basically, the 2018 Jeep Wrangler (model designation is JL) will bring some modern innovations while retaining the familiar elements that continue to make it one of the most easily-recognized vehicles in the world.

Outside, it brings the same iconic silhouette that harkens to the classic Willys Jeeps of World War II, complete with the round headlamps, slotted grille, and short wheelbase on a square body that’s defined the model through the years. As with previous iterations, you can still remove the doors, take off the roof, and fold down the windshield, even though we’ve never seen a single person actually do that in the real world. 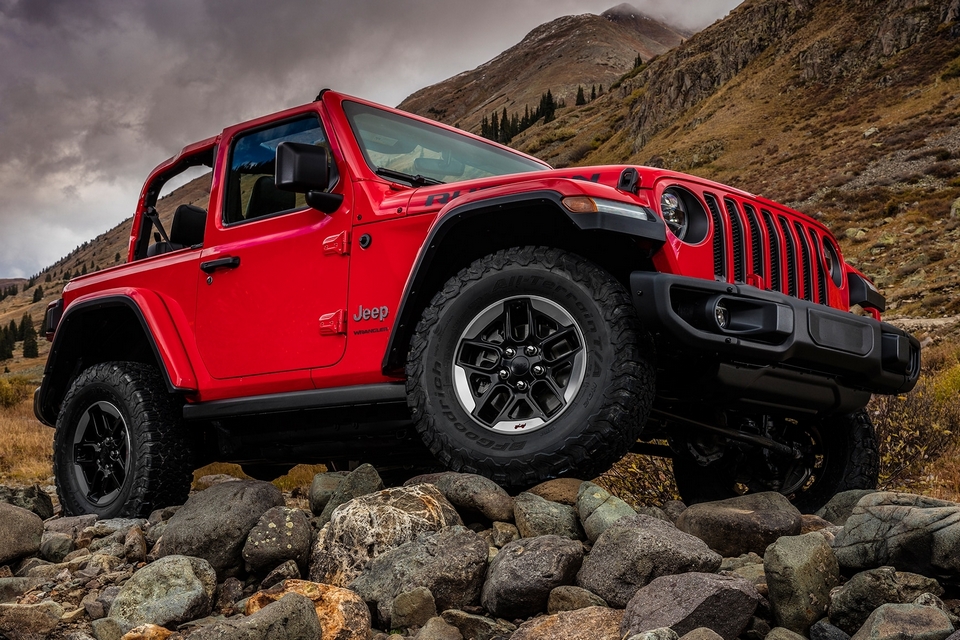 The 2018 Jeep Wrangler is slightly bigger than the outgoing model, with a wheelbase that’s been extended by 1.5 inches and slight increases in overall length, width, and height. Despite the increase in size, the new vehicle is lighter, courtesy of a new platform that’s 100 pounds lighter than its predecessor, as well as the use of aluminum for the hood, windshield frame, doors, and front fenders.

Engine options include a 3.6-liter Pentastar V6 (270 horsepower and 295 pound-feet of torque), an FCA 2.0-liter turbocharged four-cylinder engine (285 hp and 260 lb-ft), and a 3.0-liter EcoDiesel engine (260 hp and 442 lb-ft), although the latter engine won’t be available until 2019. They’re also promising a hybrid-electric option designed for rollout later. Whichever engine you go with, it can be mated to either an eight-speed automatic or a six-speed manual transmission. 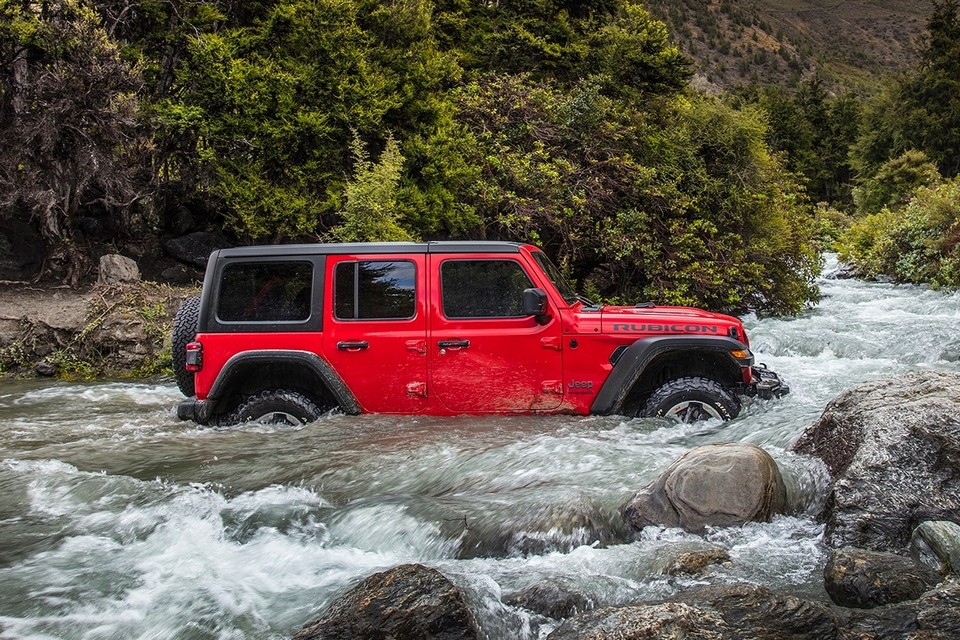 Of course, the 2018 Jeep Wrangler will be equipped to handle the off-road, getting an approach angle of 44 degrees, a departure angle of 37 degrees, and a breakover angle of 27 degrees. It can even drive on water up to 30 inches deep, so there are few places this thing won’t be able to drive through. Wheel sizes, skid plates, and other rough-riding components will vary, of course, on the trim you’re getting, but suffice to say, there’s no shortage of options here to put together the ultimate off-road machine. 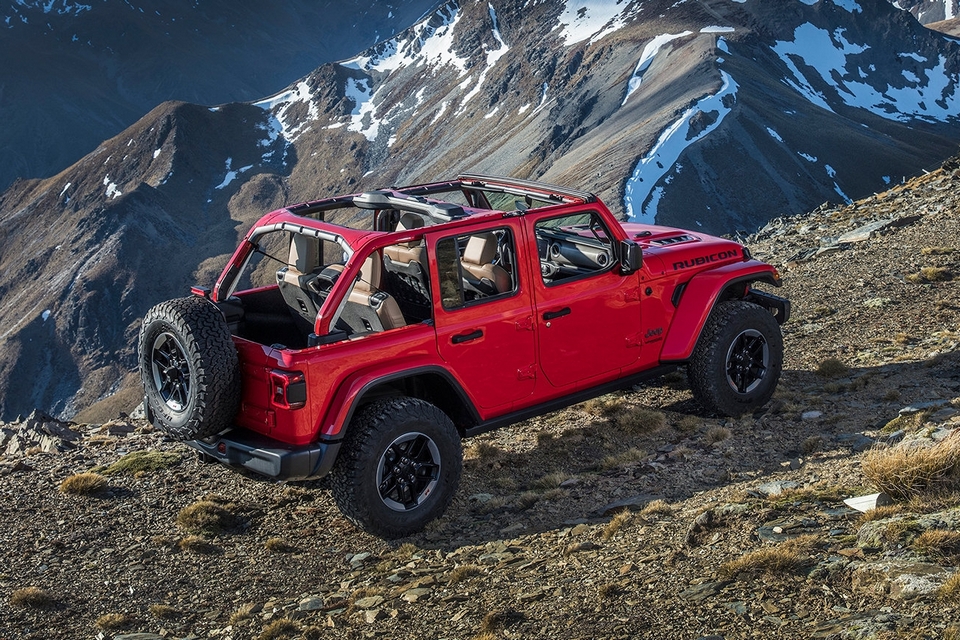 Inside, the vehicle still feels as rugged as the original Wrangler, albeit with few modern conveniences that should make driving a lot more pleasant. That includes an optional 8.4-inch touchscreen with FCA’s Uconnect infotainment system, an arm rest between the front seats, more spacious head and leg rooms, and a redesigned soft top that can snap into place on the roll bars. One of our favorite new elements is a power top (only available on the four-door Rubicon and Sahara), which retracts the canvas roof at the push of a button similar to a conventional sunroof. Now, if there was an automated way to install a Jammock on there, life will be complete. 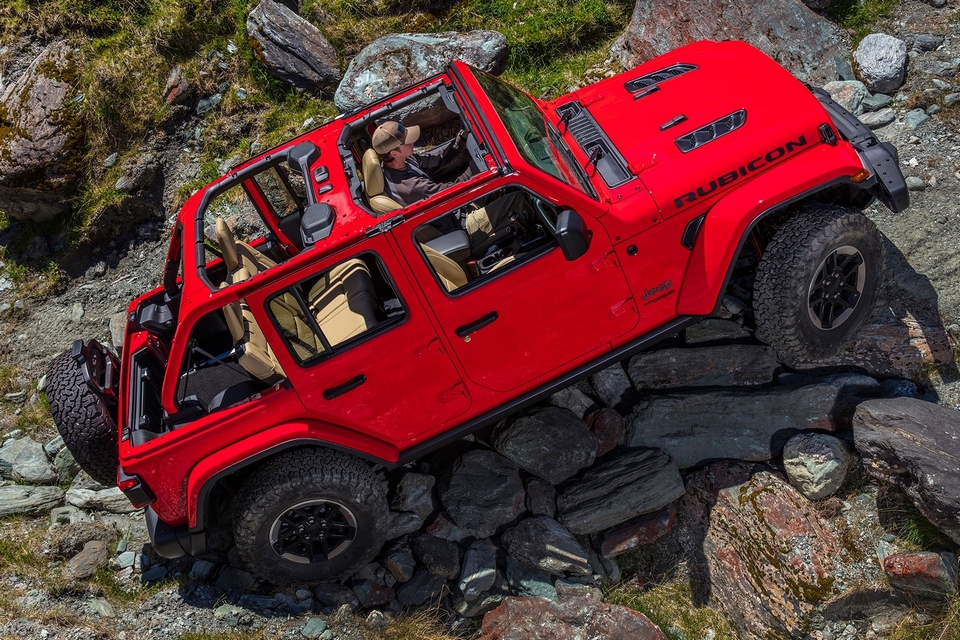 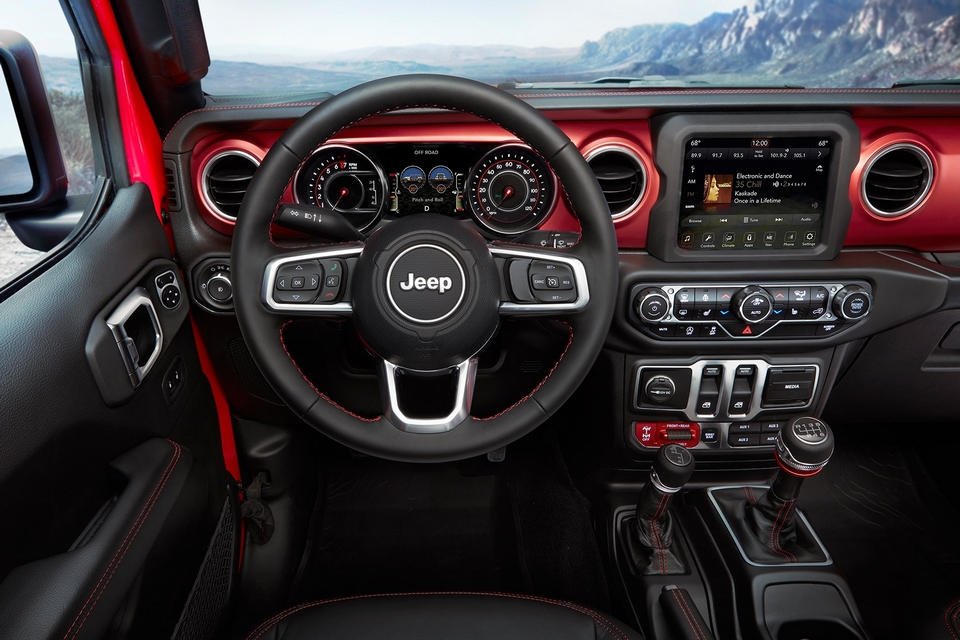 Check It Out (PDF)