While iMacs remain arguably the best-looking all-in-one PCs, you have to admit, the sleek and slim unibody profile with the curvy hump in the back does get a bit old. It’s been that way since 2012, after all. If you’re ready for something fresh, the 2021 Apple iMac modernizes the productivity machine with a slimmer body and vibrant pastel colors.

That’s right, iMacs are no longer relegated to varying shades of gray, allowing you to easily add some brighter colors to your workspace. We know, all that color doesn’t quite bear the same straight-laced professional aesthetic as the iMacs of old, but if you’ve been hankering for a little more color on your desk, this will definitely do the trick. 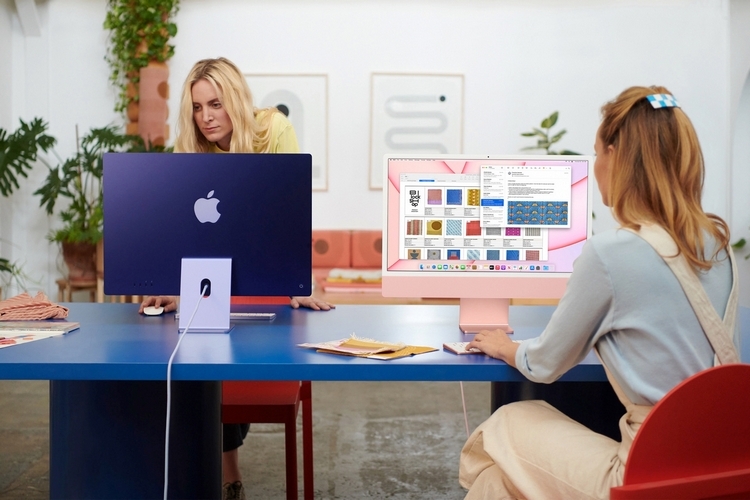 The new Apple iMac still comes in a familiar silver hue that you can get if you prefer the all-work, no-play finish of the older models, although you now have the option to get it in either green, orange, pink, yellow, purple, or blue. The case also gets slimmer, with the hump in the back removed entirely, making it an all-around better-looking machine. As a result, the actual machine is barely larger than its predecessor, despite having a screen that’s 3-inches larger, all while weighing just a shade under 10 pounds.

Beyond the aesthetics, the main reason to upgrade to the new iMac is the M1 chip, which combines an 8-core CPU, up to an 8-core GPU, and a 16-core neural engine. It’s the same system-on-a-chip that already made its way to the MacBook Air and MacBook Pro, by the way.  In both those instances, it delivered a significant performance boost over each of their predecessors, both of which ran on Intel chips juts like the last-generation iMac, so we’re guessing it will post performance upgrades in a similar manner. As for Apple, they’re promising up to 85 percent gain in CPU performance and up to 200 percent gain in GPU performance compared to its predecessor. 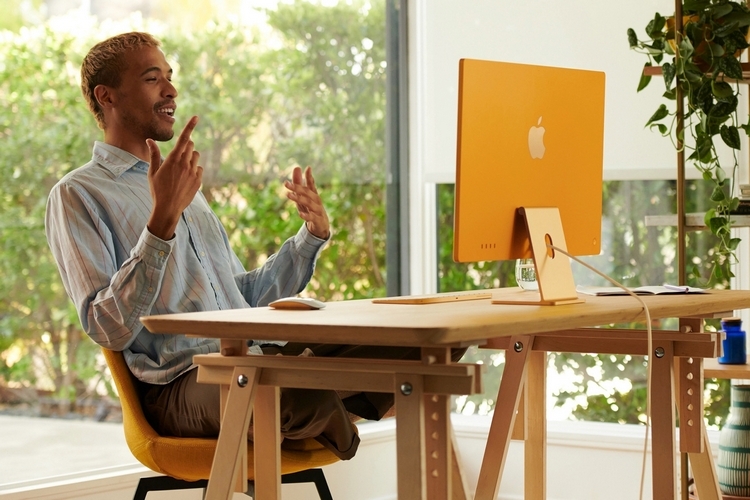 The 2021 model Apple iMac has a 24-inch Retina display that boasts 4.5K resolution (4,480 x 2,520), P3 wide color gamut, and a 1,000,000:1 contrast ratio. There’s also 500 nits of brightness, anti-reflective coating, and auto-adjusting color temperature, so it perfectly matches the ambient lighting in your environment. Because videoconferencing is such an important element of work today, it gets the best camera system ever in an Apple computer. Specifically, they equipped with a larger 1080p sensor that can capture more light, which is then beefed up by the M1’s integrated image signal processor for even better capture quality. That camera is paired with a three-mic beamforming array that reduces feedback and ignores background noise. 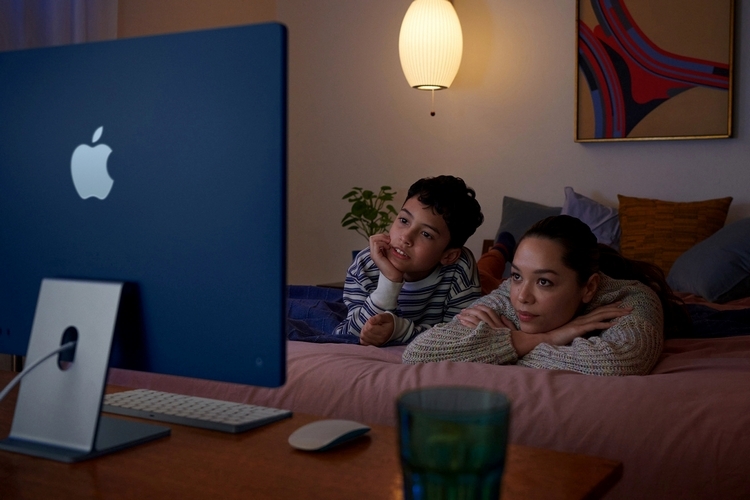 There’s a six-speaker sound system that, the outfit claims, will deliver wide stereo sound in high fidelity, complete with Dolby Atmos support for spatial audio. Of course, it’s still a productivity machine, so don’t count on it rivaling your living room setup for watching shows and movies. Other features include 50 percent quieter operation, up to 16GB of RAM, up to 2TB of storage, and a gaggle of connectivity options.

The M1 Apple iMac comes out in May, with preorders starting at the end of April. Price starts at $1,299.