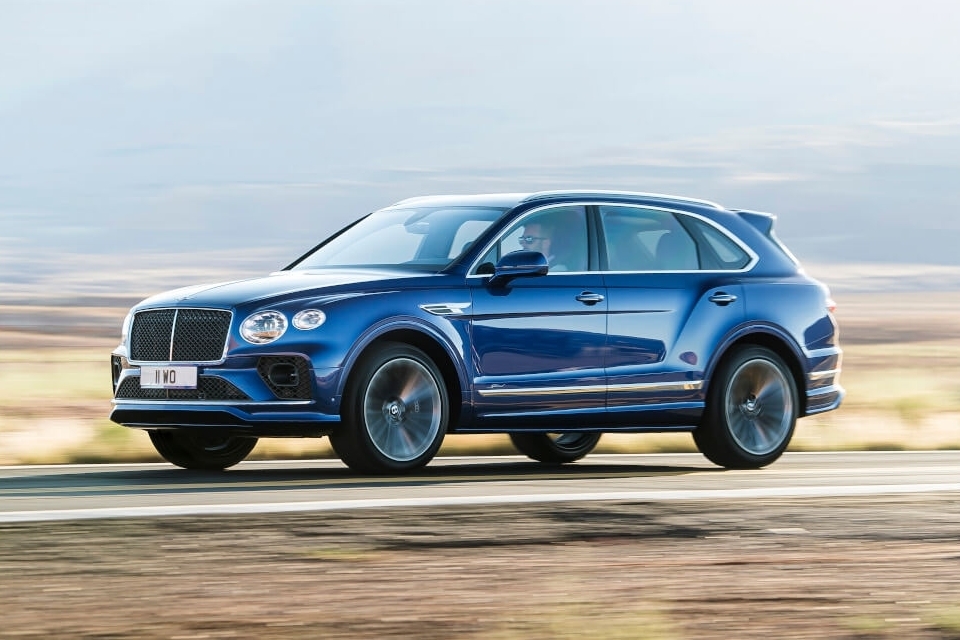 Some people buy an SUV so they can roam the streets in a big ass automobile. Others actually buy them for outdoor adventure. We doubt there are many people who buy an SUV for blazing through the highway at breakneck speeds, but if you do, the 2021 Bentley Bentayga Speed should be more than willing to oblige.

That’s right, it’s the fastest SUV in the world. At least, one of two. The model remains tied with the Lamborghini Urus for that honor, after all. While it’s probably not the best idea to drive an SUV like you’re commandeering a sports car, this thing lets you do just that if you’re actually up to the task. 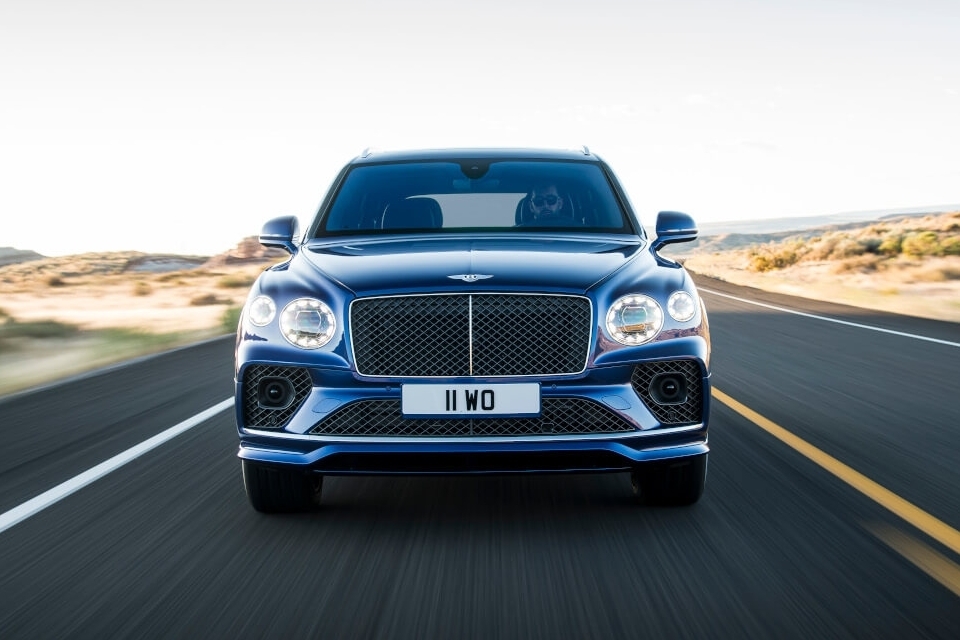 The 2021 Bentley Bentayga Speed has a 6.0-liter twin-turbocharged W12 engine under the hood, which puts out 626 horsepower and 664 pound-feet of torque. That’s enough power to get it from standstill to 60 mph in just 3.8 seconds, as well as push it to top speeds of 190 mph, making this one exhilarating ride to take out in the open road. To make sure you can bask in all that power, it has an all-new Sport mode that optimizes power, transmission, and suspension for dynamic driving at high speeds, along with three other driving modes (Comfort, Bentley, and Custom) for those times you don’t want to treat your SUV like race-ready machine.

Since that powerful engine guzzles gas like the wide-eyed intern in the office gulps down coffee in the morning, the vehicle uses a couple of neat tricks to limit the amount of fuel it burns through when it isn’t necessary. There’s cylinder deactivation, which shuts down up to six cylinders at a time when they’re not needed, alternating between which sections are running at any one time to keep emissions manageable once they start back up. There’s also sail mode, which essentially decouples the drivetrain from the engine during fifth to eight gear, reducing engine load and using less fuel for improved efficiency. 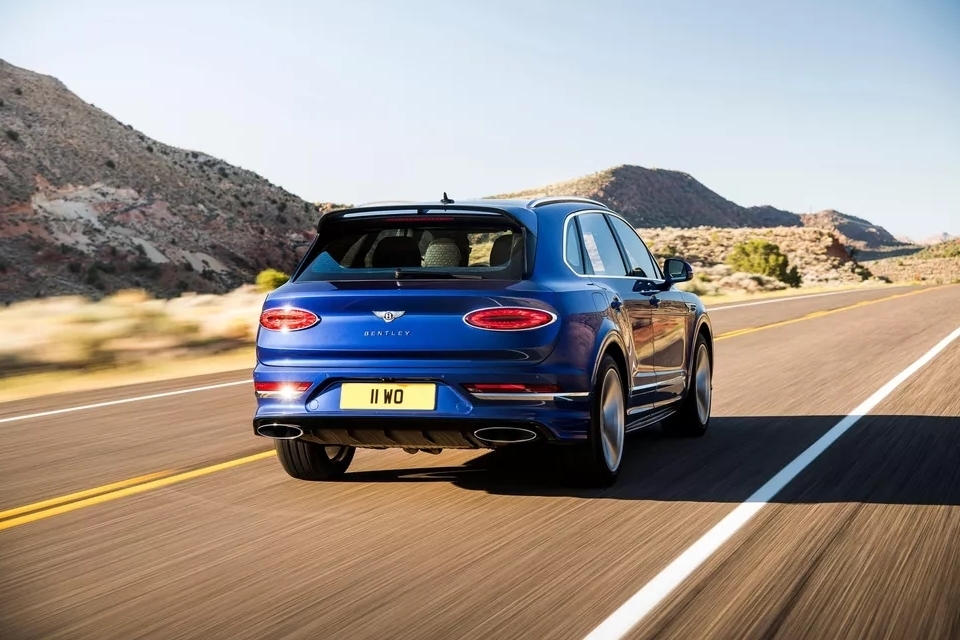 The 2021 Bentley Bentayga Speed has electric motors on the front and rear axles, which provide variable resistance when going through sweeping curves and bends at high speeds, minimizing the vehicle’s body roll for a much more manageable driving experience. If you’re thinking this sounds more like a city car than an overlanding machine, that’s because Bentley intends it to be the most luxurious and refined version of an SUV. In case you want to actually subject this to the rigors of the backcountry, you’ll probably want to get the All-Terrain Spec option, which throws in a whole bunch of elements that enhance the car’s off-road capabilities. 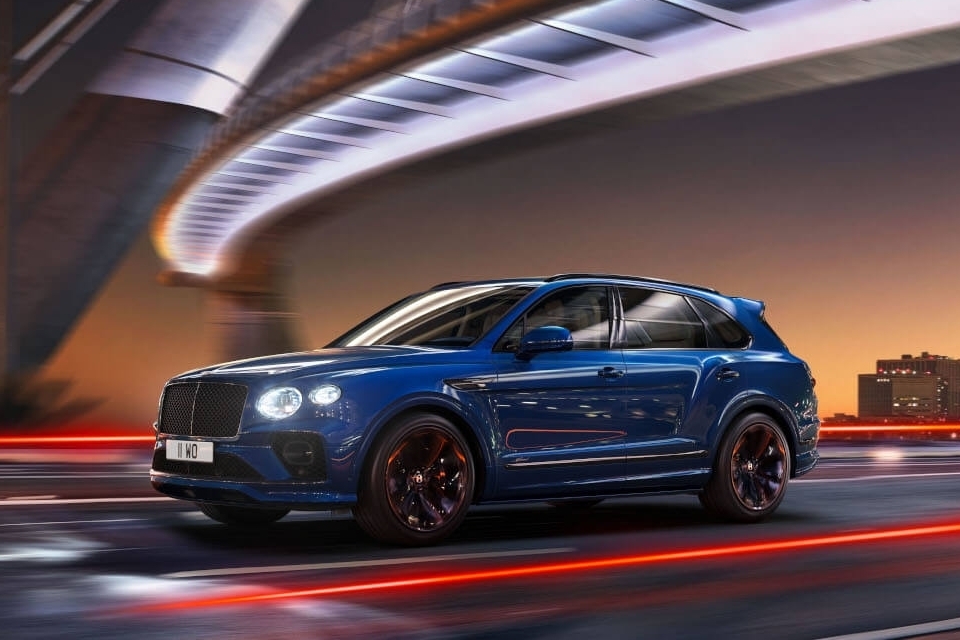 Features include redesigned front and rear bumpers, a rear tailgate spoiler, dark tint headlamps and tail lamps, and 22-inch wheels. Inside, it gets diamond quilting on the seats and door pads, handcrafted veneers, Alcantara elements, a 590W 12-speaker sound system, and a 10.9-inch touchscreen infotainment system with both Apple Carplay and Android Auto. 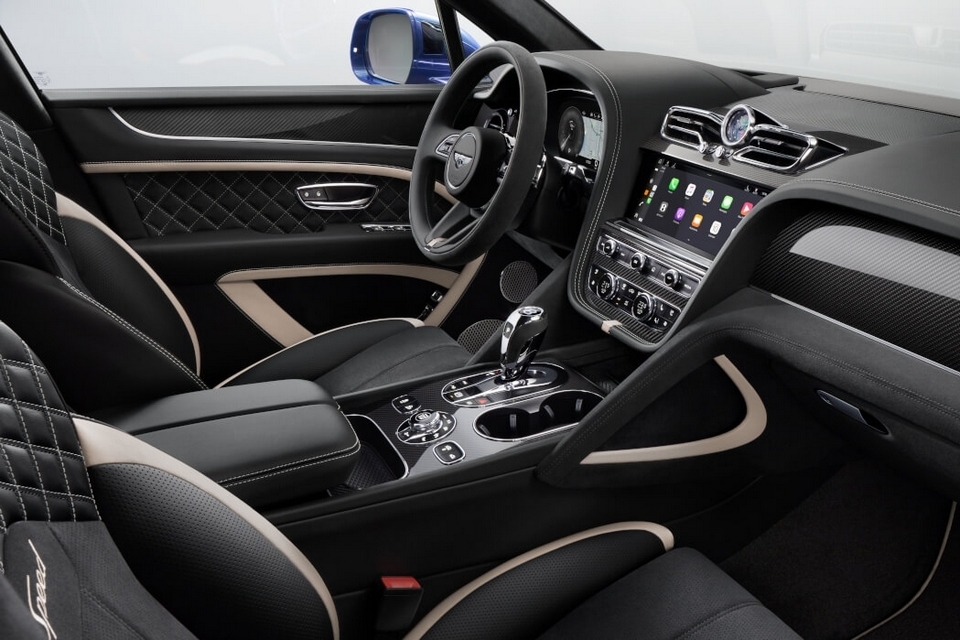 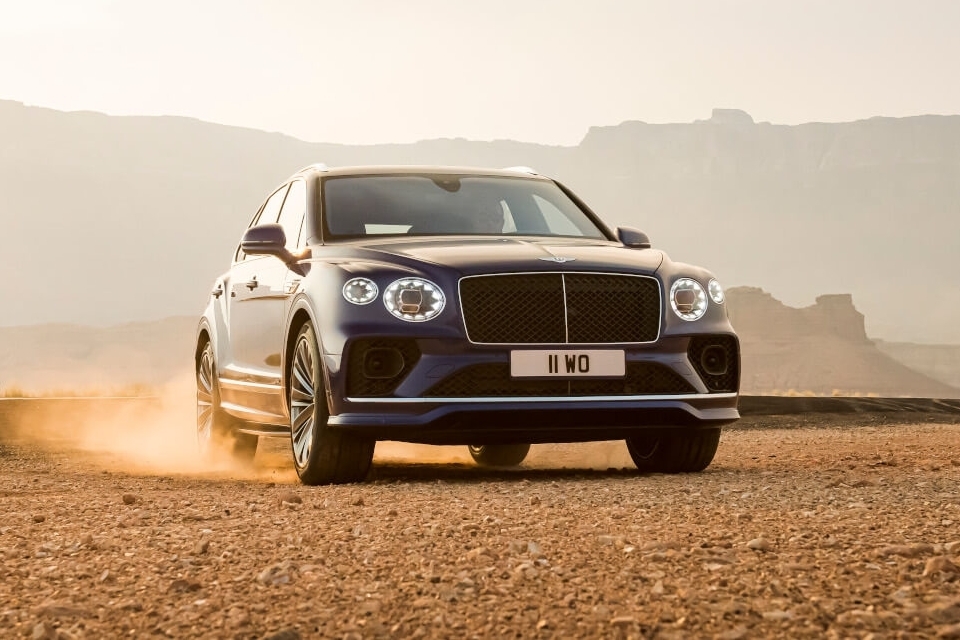