2021 Ford Bronco Just Might Be Your Next Adventure SUV 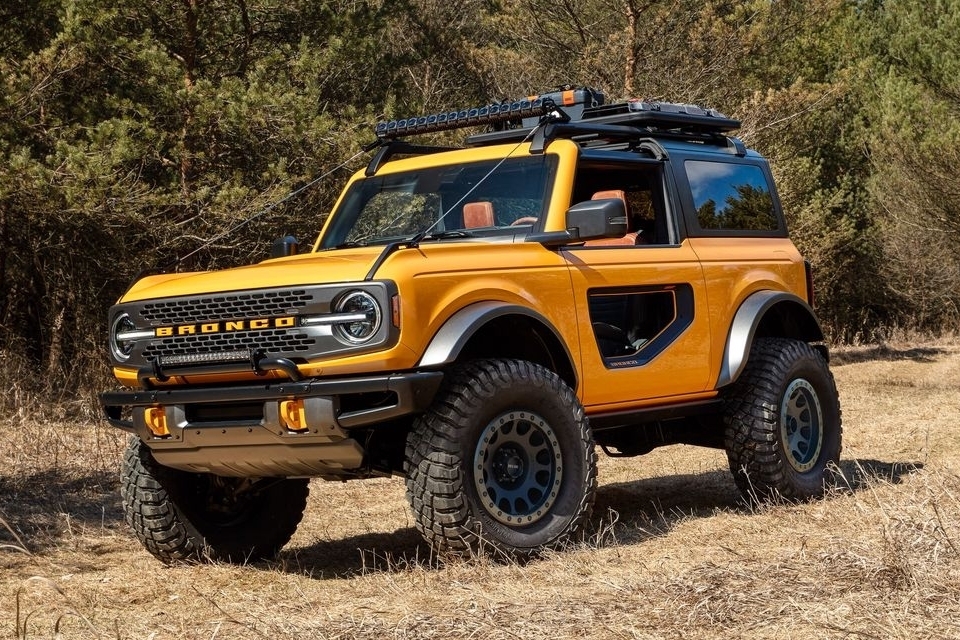 Everyone knew the 2021 Ford Bronco was going to bring something big to the table. We mean, Ford wouldn’t be teasing it the way they have if it wasn’t. Somehow, though, few probably expected the reimagining of the classic nameplate to turn out as absolutely smashing as it did. Suffice to say, it’s a heck of a ride.

No, this isn’t Ford haphazardly putting something together to rival the Jeep Wrangler and calling it a day. Instead, this is an SUV that’s been thoroughly and thoughtfully put together, turning out a rugged adventure ride that will likely set the bar on the category for the immediate future. 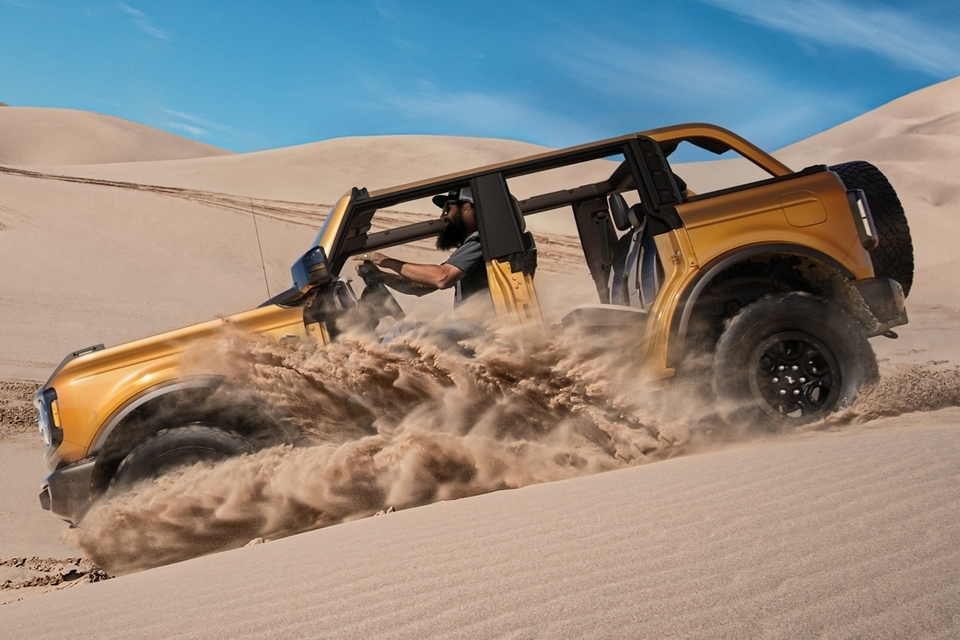 The 2021 Ford Bronco will be available with your choice of two engines: a 2.3-liter turbocharged inline-four and a 2.7-liter turbo V6. The former, which is the same engine as the Ford Ranger, puts out 270 horsepower and 310 pound-feet of torque, while the latter brings out the big guns with 310 horsepower and 400 pound-feet of torque. Standard transmission for the 2.3-liter engine is a seven-speed Getrag manual, which offers six speeds for normal driving and a super low gear for rock crawling, while a 10-speed automatic comes as standard for the V6. For some reason, the manual will not be available for the larger engine. 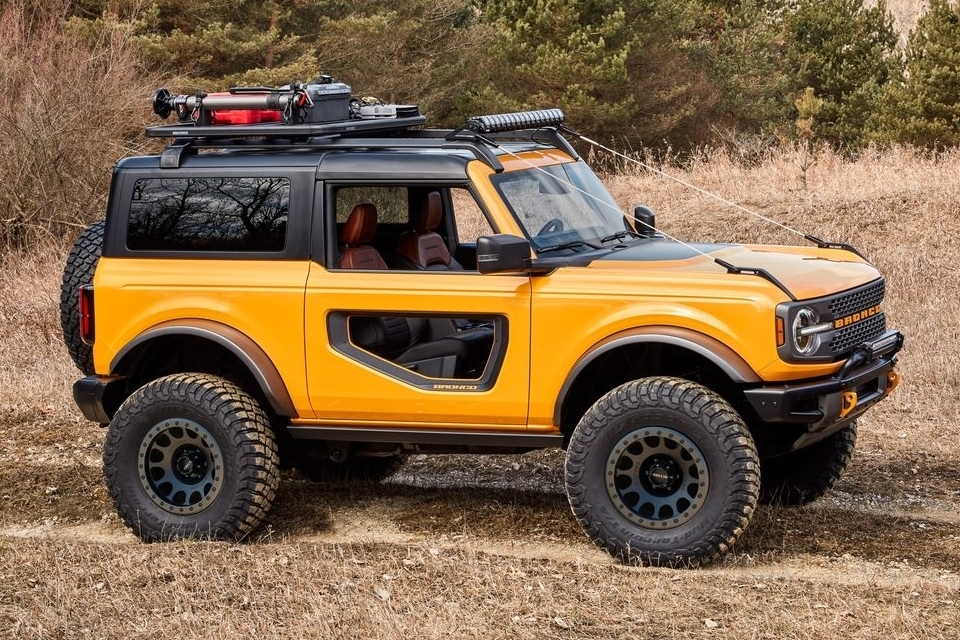 Four-wheel drive is, of course, standard, with a two-speed, electronic transfer case that can shift on the fly, although you can also opt for one with a two-speed electromechanical transfer case with an auto mode that goes between 2H and 4H as needed. Power id distributed to an independent front suspension with twin alloy A-arms and a solid axle in the rear with five links and coilovers, both of which you can equip with electronic locking differentials for even better off-road traction. It comes with seven driving modes, including Normal, Eco, Sport, Slippery, Sand, Sand with Mud, and Rock Crawl. Want help for navigating even trickier terrain? There’s also a Trail Toolbox option that adds stuff like Trail Control (low speed trail driving), Trail Turn Assist (tightens off-road turning radiuses), and more precise acceleration/braking control. 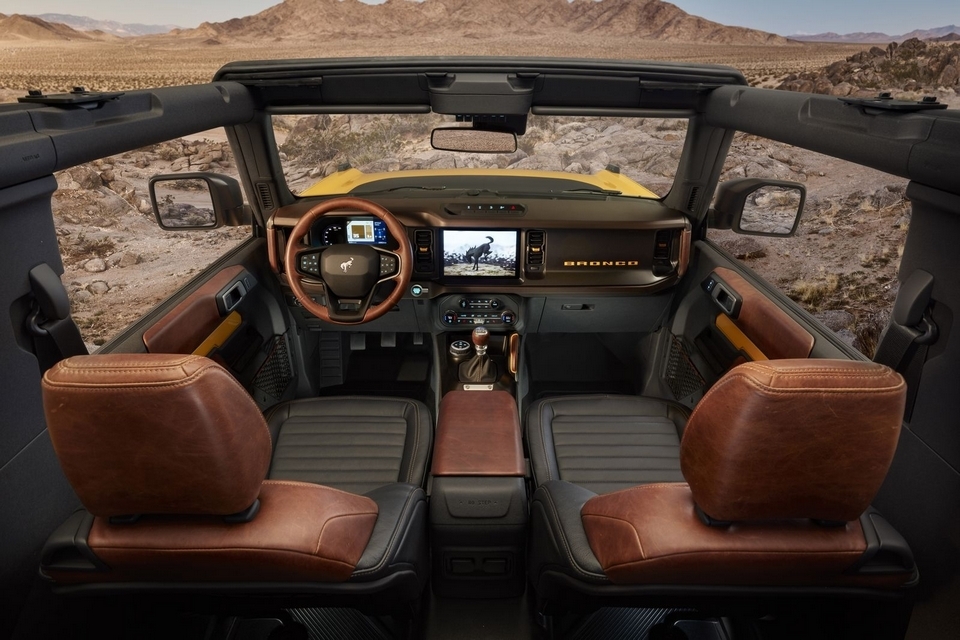 The 2021 Ford Bronco comes with two-door and four-door options similar to the Jeep Wrangler, complete with the ability to remove doors for that wild, outdoor adventure feel. Even better, the doors are actually sized to stash in the cargo area, so you can bring the doors along if you want to pop them back in later. The two-door model gets a hardtop with three removable sections as standard, while the four-door has a standard soft top and an option four-section hardtop. 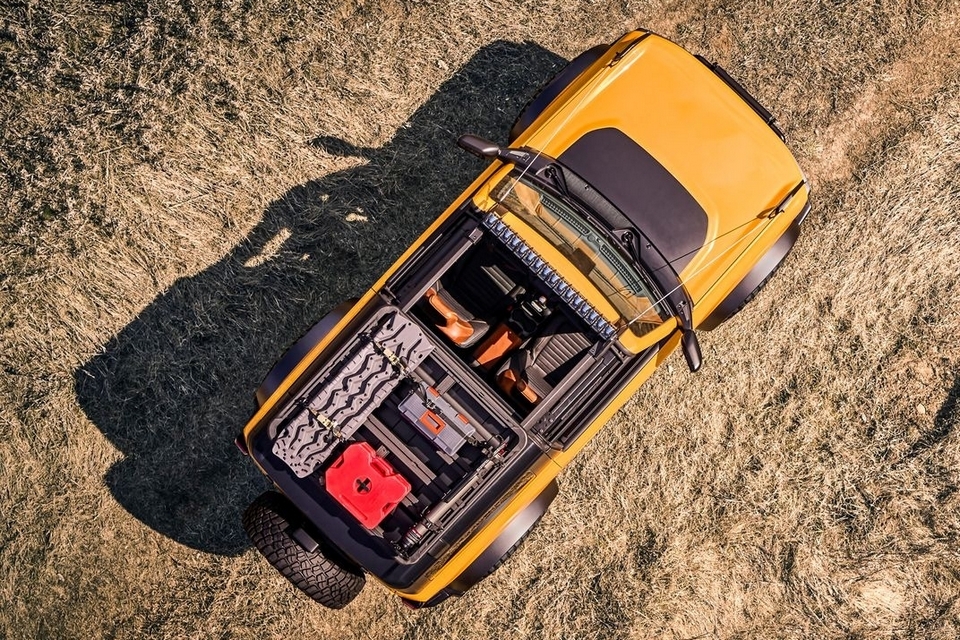 According to Ford, the vehicle is meant to be very customizable.  How much? This early, there are supposedly already 200 dealer-installed accessories available for it, which is only certain to grow going forward. Suffice to say, they expect this thing to sell a lot and we can’t blame them. 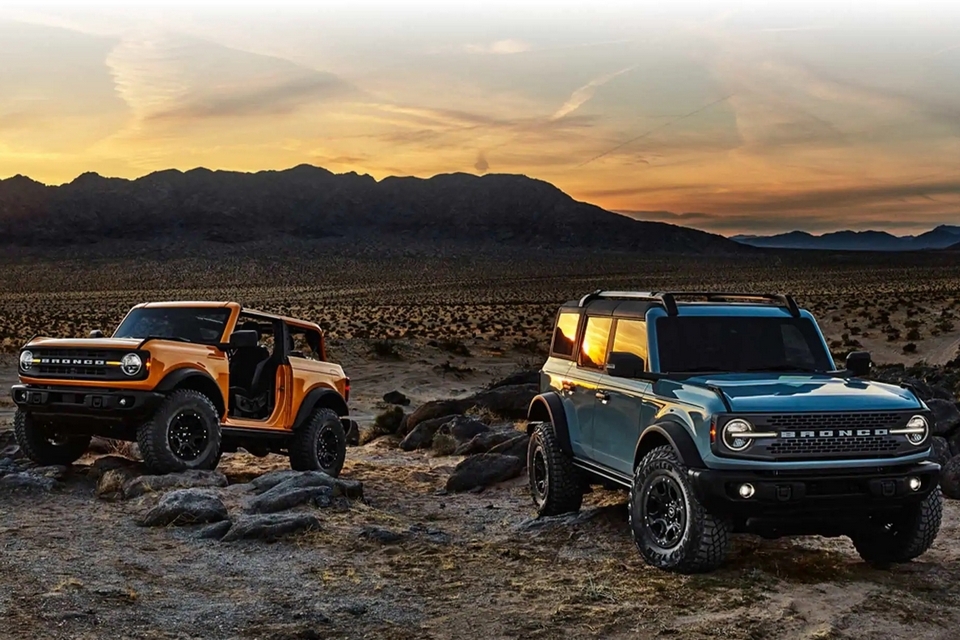 The 2021 Ford Bronco will be available in six trim levels, along with a First Edition trim that will be available for a short period during launch.  It’s scheduled to hit dealers in spring of 2021, priced starting at $29,995.