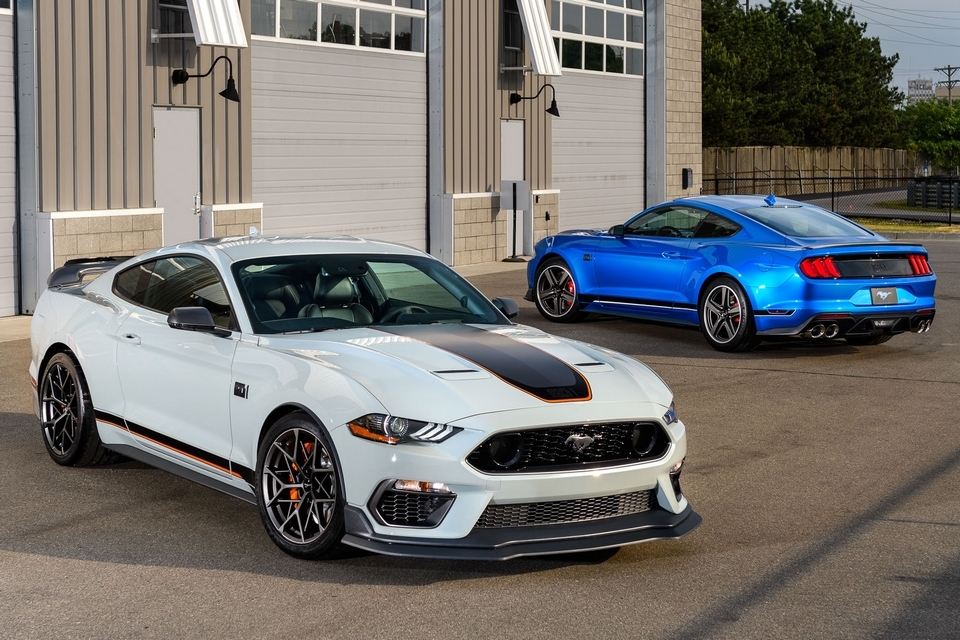 It’s been over a decade and a half since we had a Mustang with a Mach 1 package. That’s a heck of a long time. Fortunately, it won’t be on hiatus for two decades, as the nameplate is coming back next year in the form of the 2021 Ford Mustang Mach 1.

That’s right, the Mach 1 is back, this time as the pinnacle of the non-Shelby Mustang range. Equipped with more tuned elements and performance parts than the GT, but not quite as powerful as the Shelby variants, this thing offers a more budget-conscious Mustang for the track-ready crowd. 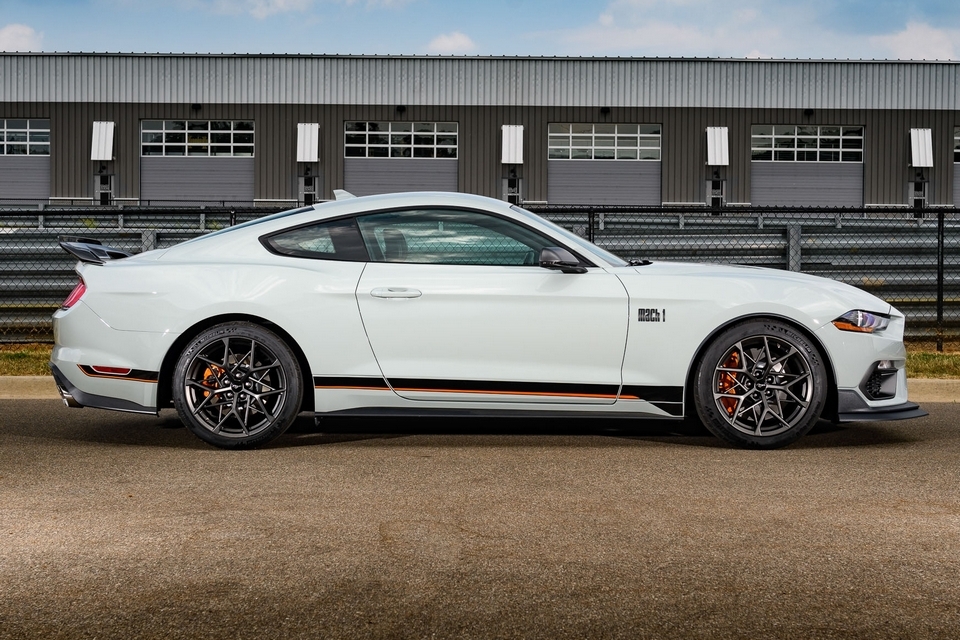 The 2021 Ford Mustang Mach 1 has a 5.0-liter V8 under the hood, which has been upgraded with a recalibrated engine computer and exhaust enhancements. These, along with other changes, allow it to push out 480 horsepower and 420 pound-feet of torque, which is the same numbers as the outgoing Mustang Bullitt, so we expect it to post the same top speed (160+ mph) and acceleration numbers (just over four seconds from standstill to 60mph). You have an option to bolt either the six-speed manual from the Shelby GT350 or the 10-speed automatic transmission from the standard GT to that engine, with the manual getting rev-matching for downshifts and the automatic getting an upgraded torque converter with retuned shift timing.

Because this is meant as a track racer, the car has received plenty of cooling modifications, so you can push it hard while showing off to all the girls at the tracks (all four of them). The engine, for instance, gets the GT350 intake manifold, which will cool down the oil while adding 50 percent more oil capacity, while both the rear differential and transmission gets their own heat exchanger setup (they even threw in two for the automatic). 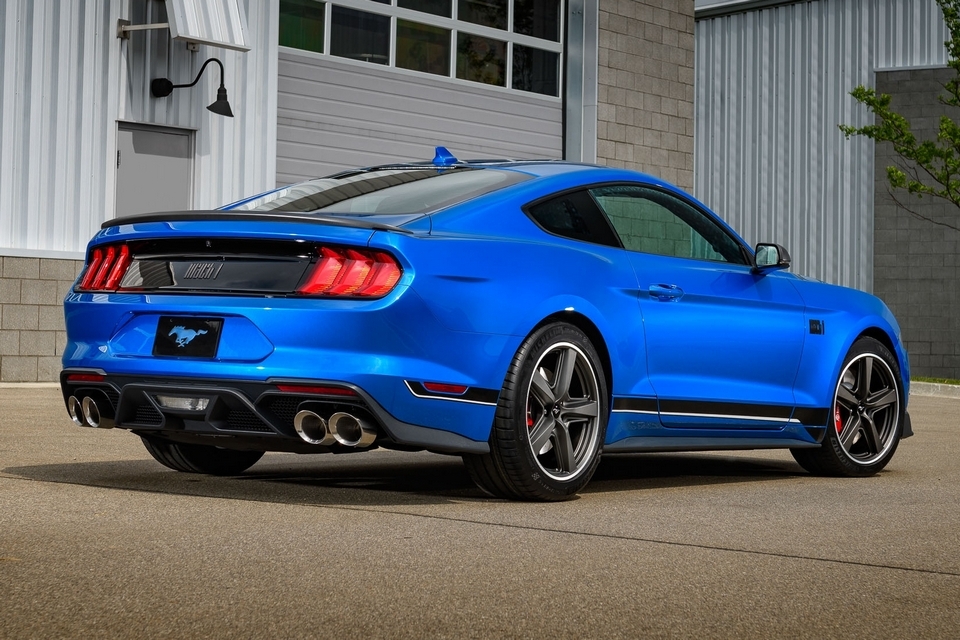 The 2021 Ford Mustang Mach 1 comes with magnetic suspension as standard, along with stiffer anti-roll bars and front springs, stiffer rear bushings, and a brake booster from the GT Performance Pack 2. They also retuned the electric power steering to sharpen the driver’s input.  On the aerodynamic front, the vehicle gets a chin splitter, a lower diffuser, a large wing section, and a Gurney flap on the rear spoiler to elevate the downforce significantly, while fender flares out front, a longer belly pan underneath, and spats at the wheel arches cut down on the drag they create. 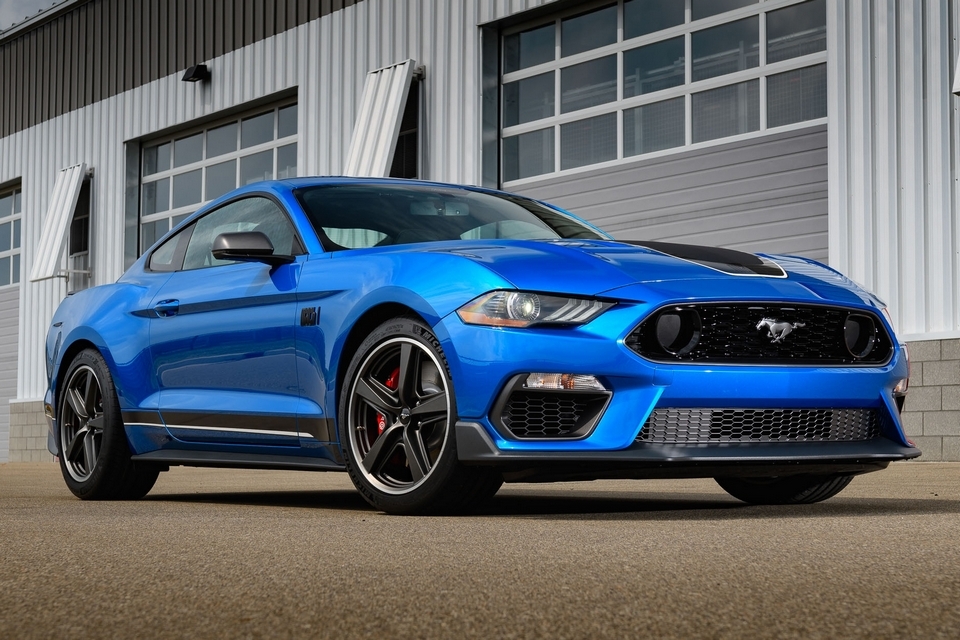 Visually, the vehicle sports a unique front fascia sporting those grille-mounted foglights you will find in many performance Mustangs, along with 19-inch wheels decked in vintage Mach 1 styling. It also gets low-gloss magnetic and black trim accents, as well as stripes with reflective surfaces on the hood and sides. You can get the car in 10 different colors.

The 2021 Ford Mustang Mach goes on sale spring of 2021 and will be available strictly as a coupe. No pricing has been announced, but it is expected to fall around the $50,000 range, just above the Bullitt and well below the Shelby Mustangs. 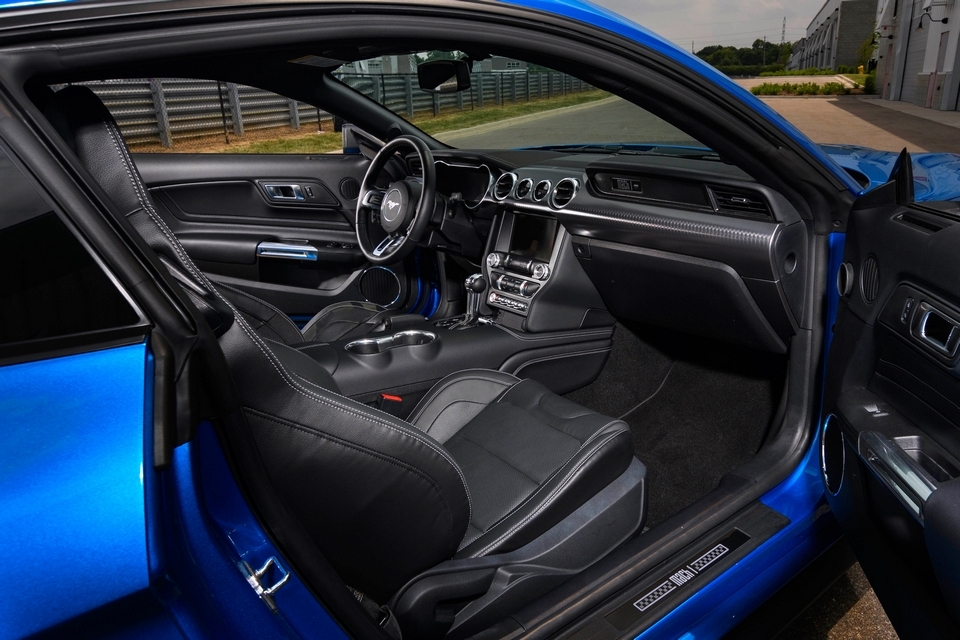 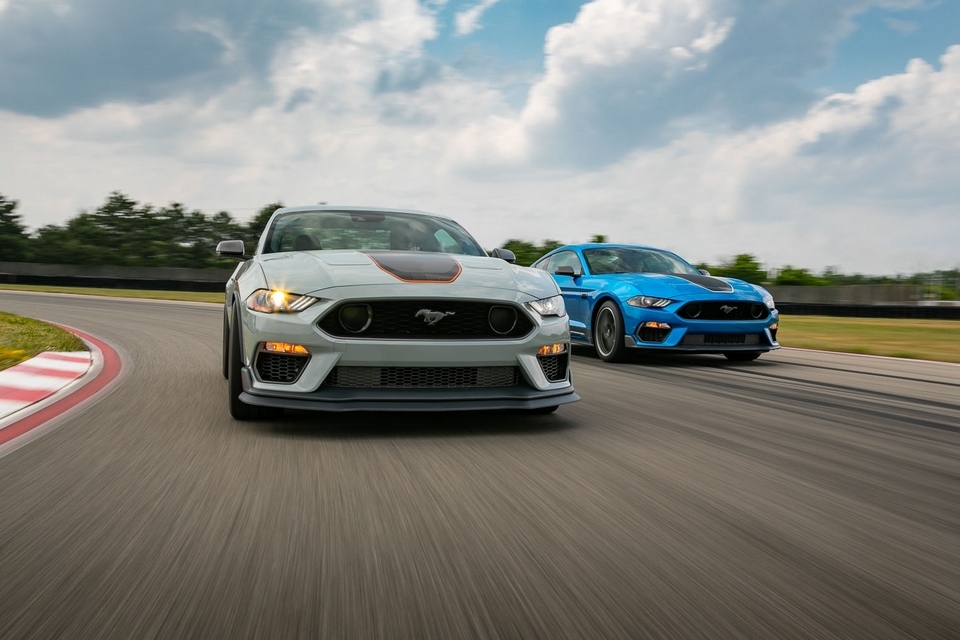