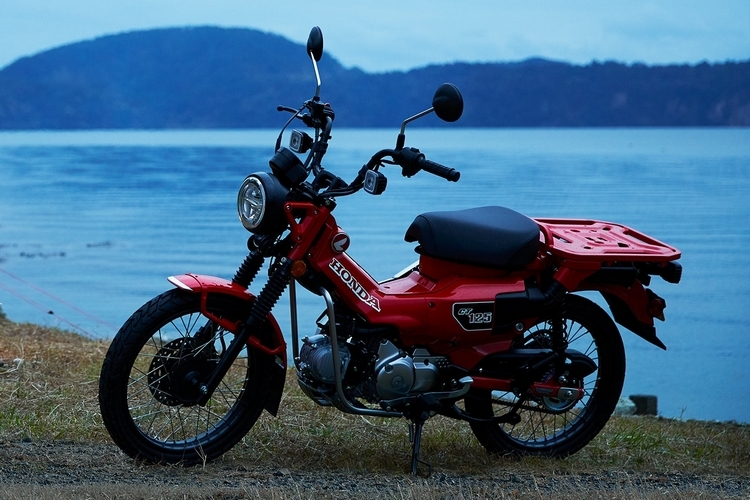 There was a time when small bikes stayed mostly in Asia and parts of Europe, with the North American market being primarily a destination for larger sport bikes. Honda made a dent in that over half a decade ago, starting with the Grom and following up with a handful of other models. This time around, the outfit wants to bring the minibike experience to the off-road in the form of the 2021 Honda Trail 125 ABS.

A part of the brand’s miniMoto range, the bike is built on a modified version of the Super Cub chassis that’s been reinforced to handle the rugged challenges posed by two-track rural roads and mountain trails, making it suitable for both city riding and casual off-road adventures alike. Will you look like a badass riding this thing? Heck, no. Will girls turn their heads when you pass by on your awesome new ride? Absolutely not. If you want an economical ride that will bring you places, carry cargo, and conquer the off-road with equal aplomb, though, this bike definitely brings the goods like few others do. 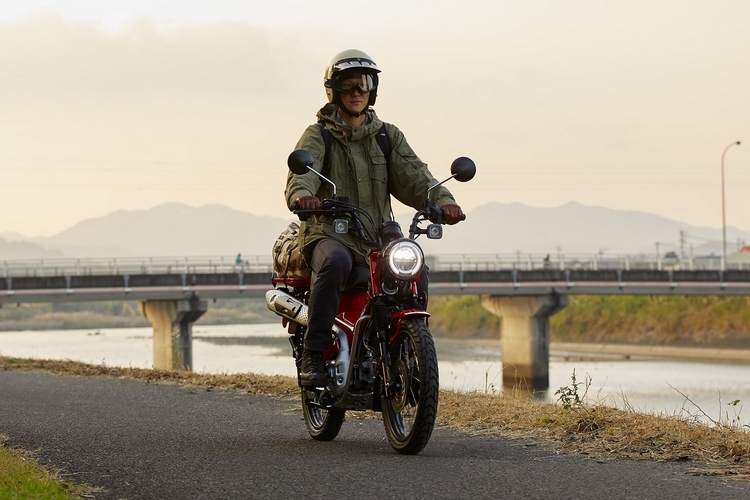 The 2021 Honda Trail 125 ABS is equipped with an air-cooled 135cc four-stroke engine that’s been tuned to put out 8.7 horsepower, which it sends to the rear wheel via a four-speed transmission that you shift using your left foot like a traditional motorcycle. Except, in this case, the transmission is semi-automatic, so there’s no clutch to worry about, making it even easier to ride. It starts with the turn of the key and the push of a button, so you can get on the road with little fuss, although they also included a kickstart lever, in case you need to start the engine in a more traditional manner. 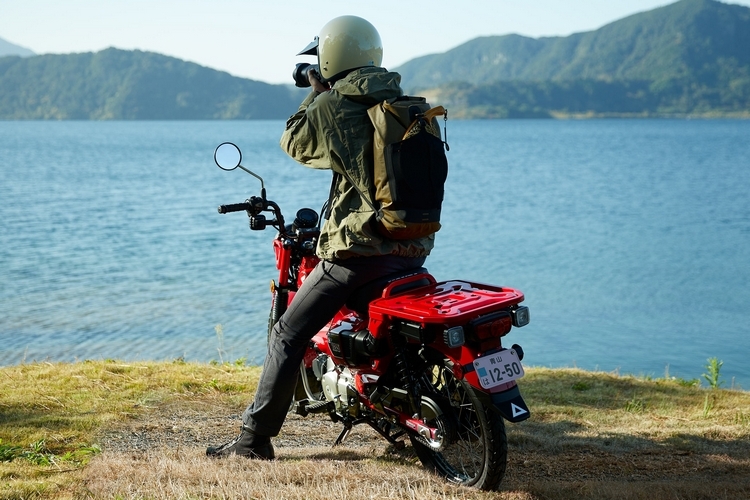 Since this is designed to run as well on off-road terrain as it does in the city, the bike uses a special reinforced steel for the backbone of the chassis for tougher performance, while the engine gets a higher intake to avoid sucking in water and an upswept exhaust to give it that low-range power it needs when the going gets tough. They also threw in higher ground clearance for riding over obstacles, skid plates to protect the engine from rough surfaces, and trail-ready suspension (27mm telescopic fork with 3.9 inches of travel in front and twin shocks with 3.4 inches of travel in the rear). 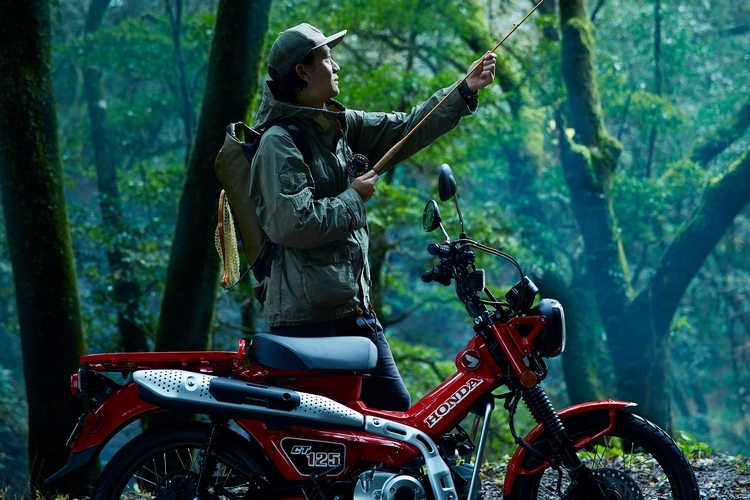 The 2021 Honda Trail 125 ABS gets 17-inch wire spoke wheels, similar to the ones they use in dirt bikes, which, the outfit claims, are big enough to roll smoothly in rugged terrain while being strong enough for dirt roads and city streets alike. It has a larger 1.4-gallon fuel tank, so you can have enough range to hit the trails and back, while trail-tuned gearing puts three extra teeth on the rear sprocket for improved hill-climbing ability. Other features include standard ABS for help when making controlled stops, a 31.5-inch seat height, tall handlebars, a generously-sized flat cargo rack on the rear, LED headlight, multi-function digital instrumentation, and even optional heated grips.