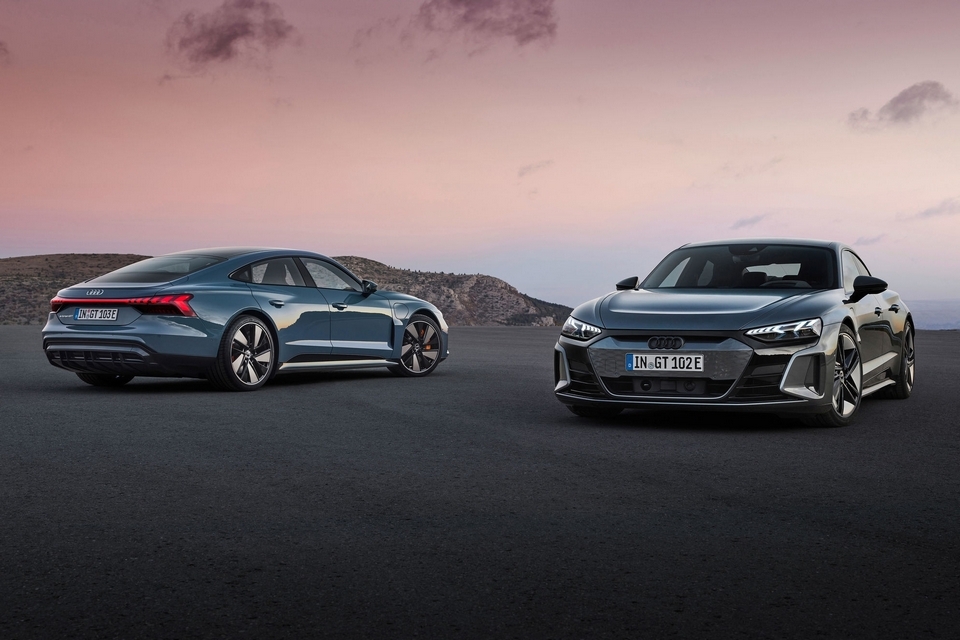 According to Audi, they plan to have 30 percent of their model portfolio running completely on electricity by 2025. That’s a few short years away. As such, it’s no surprise they’re getting busy on the EV front. In the past two years, they’ve released an SUV and a Sportback variant, both running on an electric powertrain. This time around, they’re beefing up the lineup with a proper grand tourer in the form of the 2022 Audi E-Tron .

Billed as a “progressive presentation of the classical GT,” the vehicle combines the proportions of a sports car with the utility of a sedan and a powertrain that’s worthy of running in the roads of the future. And yes, it looks outright stunning, with the outfit describing its aesthetics as “electro-mobility in the most emotive way.” We can’t disagree with that. 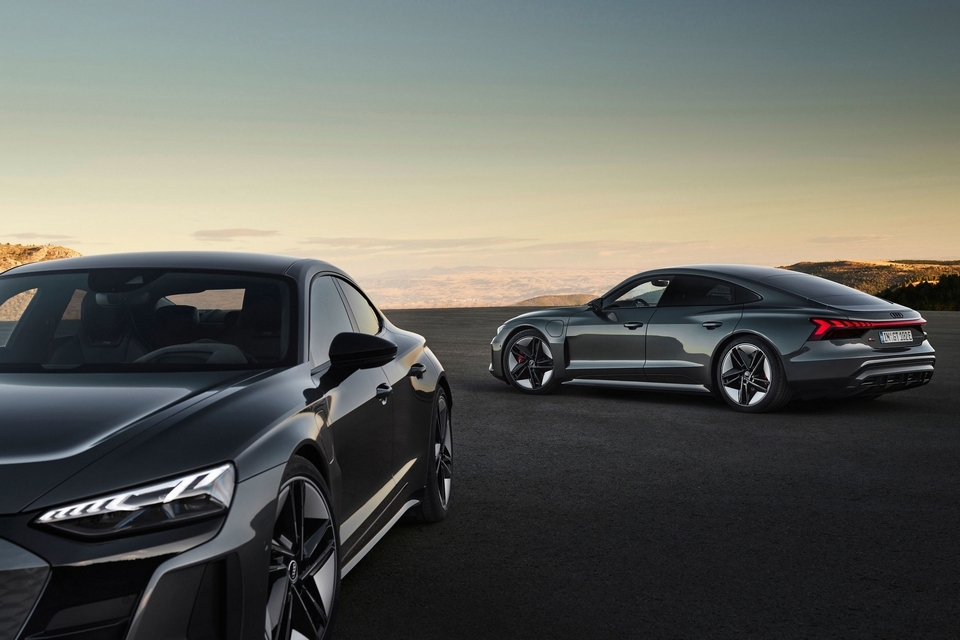 The 2022 Audi E-Tron GT gets all-wheel drive via a pair of motors, one in front and one in the back, which are hooked up to a 93-kWh battery that’s good for a maximum range of 300 miles. It comes in two trims, E-Tron Quattro GT ad RS E-Tron GT. The former gets a 175 kW motor out front and 320 kW motor in the rear, which combines for a total output of 469 horsepower and 465 pound-feet of torque. The latter gets the same front motor, but reinforces it with a beefier 335 kW rig in the rear, with the combo producing 590 horsepower and 612 pound-feet of torque. 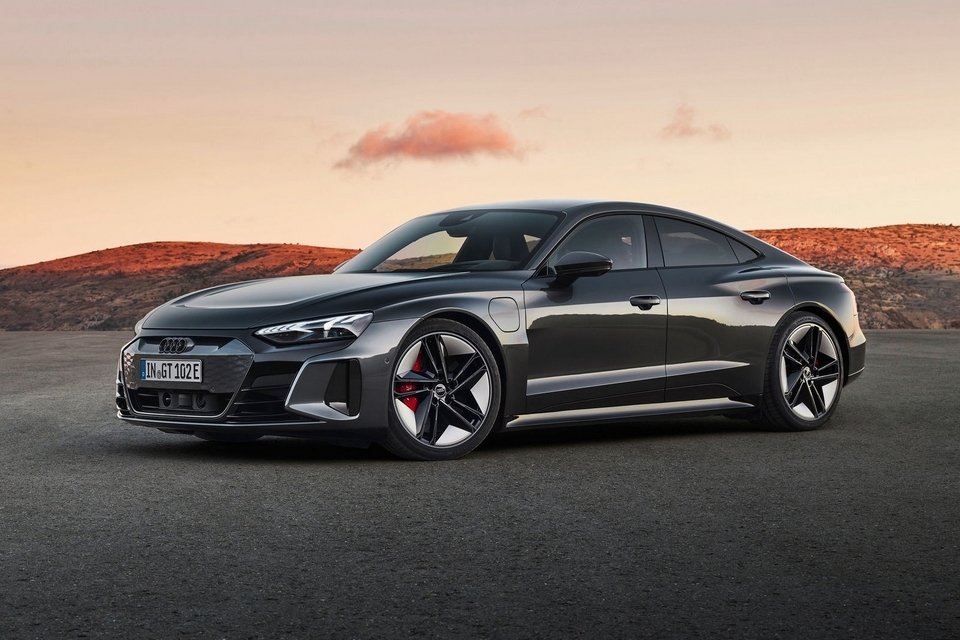 The 2022 Audi E-Tron GT has a design that’s been optimized for aerodynamics, from the elongated hood and the flat windshield to the quickly-sloping roofline and sculptured wheel arches, with a deployable rear spoiler that offers an “eco” position for further minimizing drag. According to the outfit, it has a very low slippery drag coefficient of 0.24, which is one of the reasons it’s able to get a lot of range from its battery. The vehicle also boasts a low center of gravity, courtesy of the low-mounted battery pack, which should handling significantly, along with controlled damping and an adaptive air suspension system. The Quattro trim gets a locking rear differential for improved traction on slippery roads, while the RS gets a controlled differential with variable locking (anywhere from 0 to 100 percent) for even greater control in extreme situations where grip is of utmost importance. 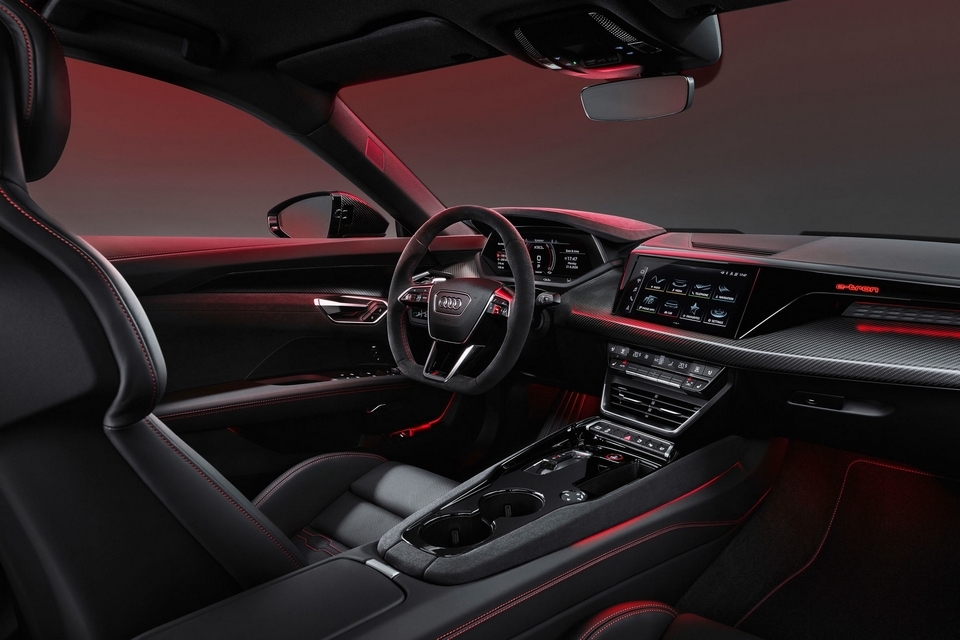 Inside, it has a driver-focused cabin with a low seating position and a wide center console, with the dashboard getting a 12.3-inch instrument cluster and a 10.1-inch infotainment touchscreen. The interior is leather-free, with the seats upholstered in Dinamica and Alcantara as standard, although Napa leather is available as an option for those who want a more luxurious driving experience. 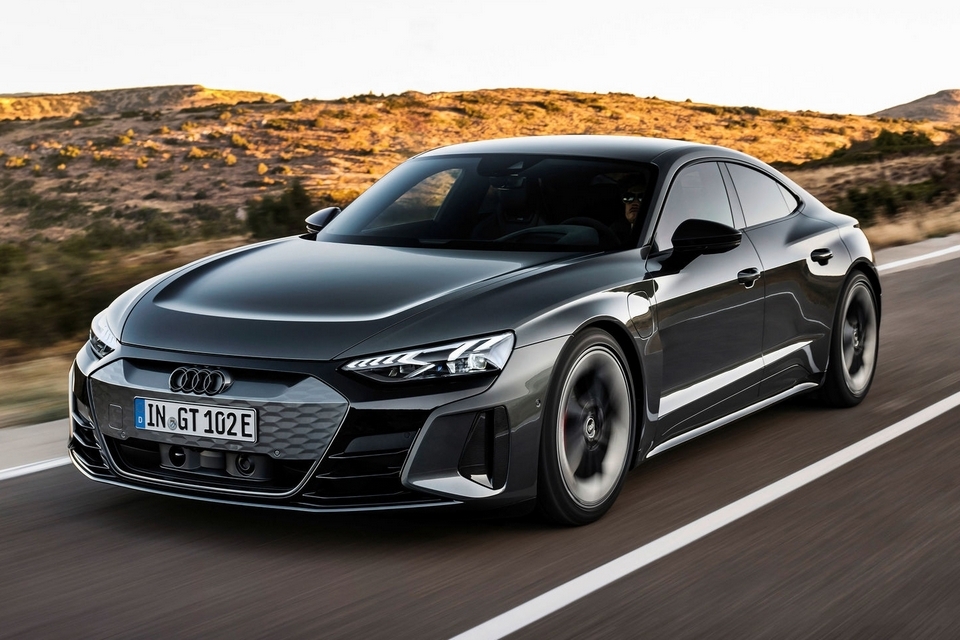 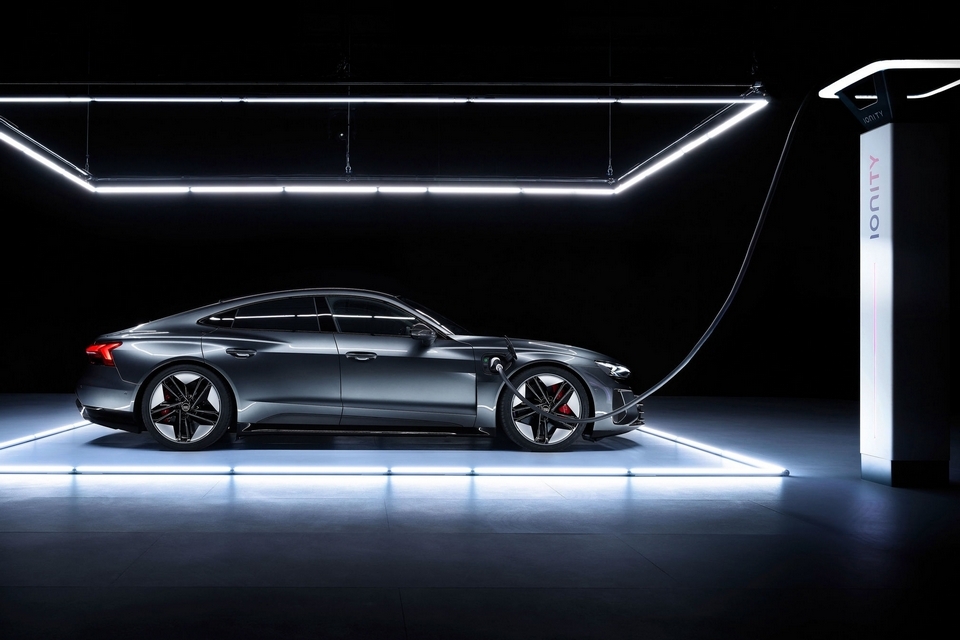