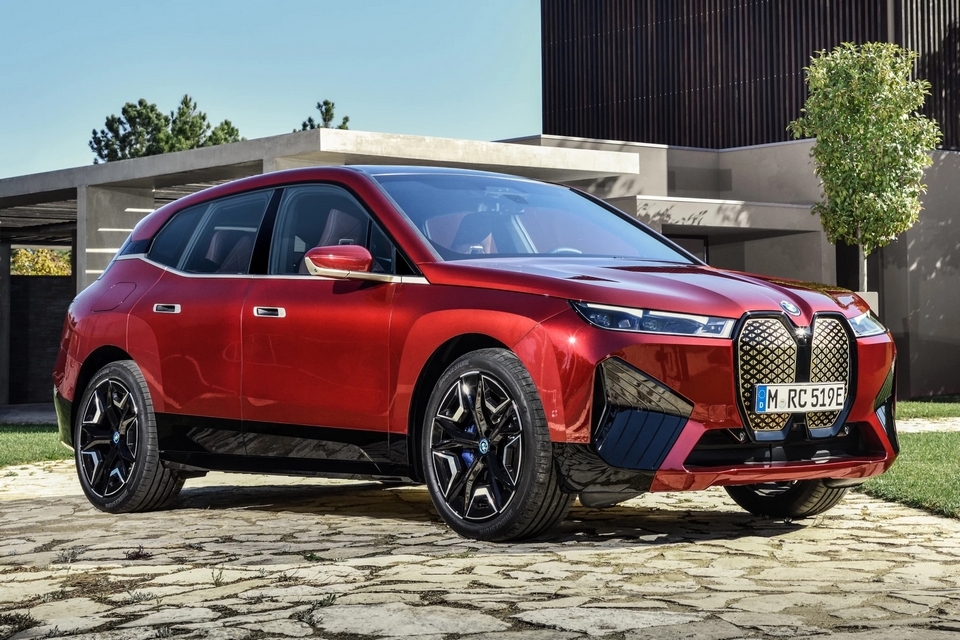 It was two years ago when BMW first revealed their plans for an all-electric crossover concept called the Vision iNext, which looked like a proper car straight out of a video game. Sure, it wasn’t as crazy as Tesla’s Cybertruck, but it was pretty wild all the same. Unlike Tesla, which is pushing forward with that crazy aesthetic, the German automaker decided to reel things back a bit, giving the nearly-final version, now called the 2022 BMW iX, a more toned-down feel.

Yes, it’s no longer as wild as the initial concept, but the general design has stayed mostly intact. It still retains the unique profile with its short nose, long windshield, and protruding rear creating an aerodynamic shape, albeit in an overall styling that’s more in-line with contemporary cars you tend to see on the road. 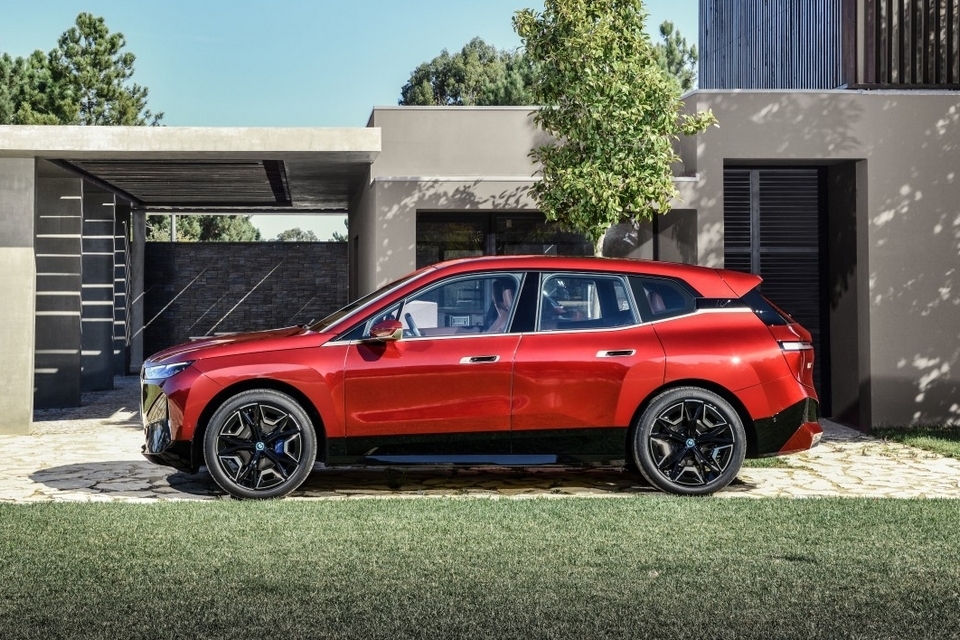 The 2022 BMW iX has a huge grille with a dual-kidney profile, which, let’s be honest, isn’t really necessary in an electric vehicle. From what we can tell there, it’s only there for familiarity’s sake, since, you know, many modern cars come with large grilles and all that. Instead of sucking air to cool the engine like normal grilles do, it’s actually just a cover for the car’s array of modern sensors, including cameras, radars, and whatever other electronic components contemporary vehicles need to pick up all those data for their driving assistance tech. And while it won’t quite deliver fully autonomous robot driving yet, it’s going to come with heavy-duty computing power and AI to automate as much of the driving experience as possible.

A pair of electric motors provide the muscle for the car, with one motor driving the front wheels and another driving the rear. Together, they put out an estimated total 500 horsepower, which, the outfit claims, is enough to send it from standstill to 62 mph in under five seconds. A battery array under the floor supplies power to each of the motors, which is enough to keep it on the road for up to 300 miles on a single charge. It has a fast-charging option at up to 200kW, which can get it to 25 percent in 10 minutes and 80 percent in just 40 minutes, although the standard Level 2 11kW charger will need 11 hours to fill it up from empty. 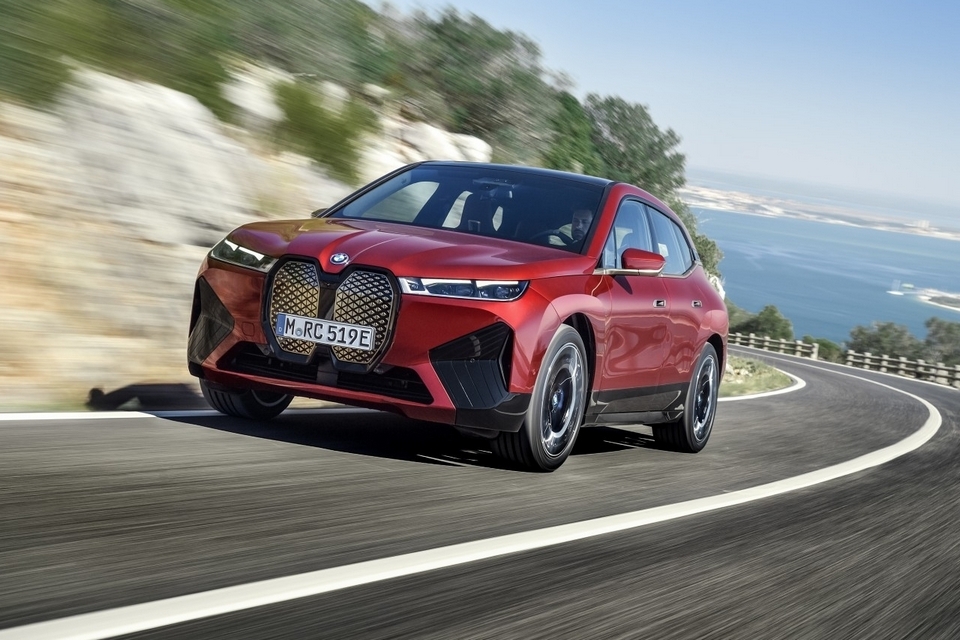 The 2022 BMW iX’s interior retains the futuristic feel from the original concept, with a floating curved widescreen panel that has two embedded displays. Positioned in front of the driver is a 12.3-inch instrument panel and, to the right of it, is a 14.9-inch infotainment screen. Both come with support for touch controls, voice commands, and an iDrive controller. Other than that, the dashboard looks clean, with the speakers neatly concealed away from plain sight, the HUD projector integrated in the floating screen, so-slim-you-barely-notice-them HVAC vents, and most of the controls integrated into the hexagon-shaped steering wheel and a center control panel. 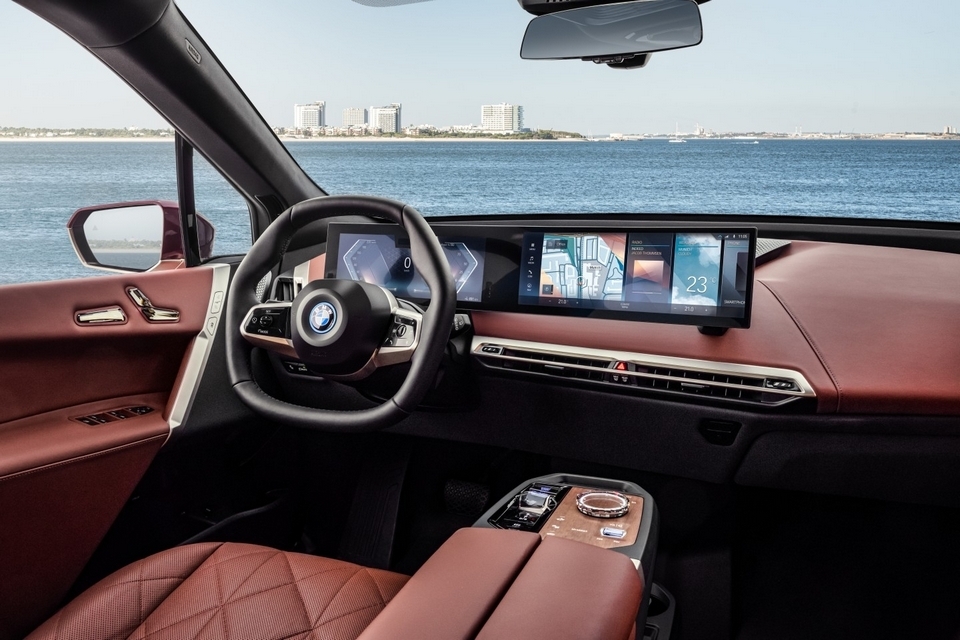 The 2022 BMW iX is slated to begin production in the second half of 2021. No pricing has been announced. 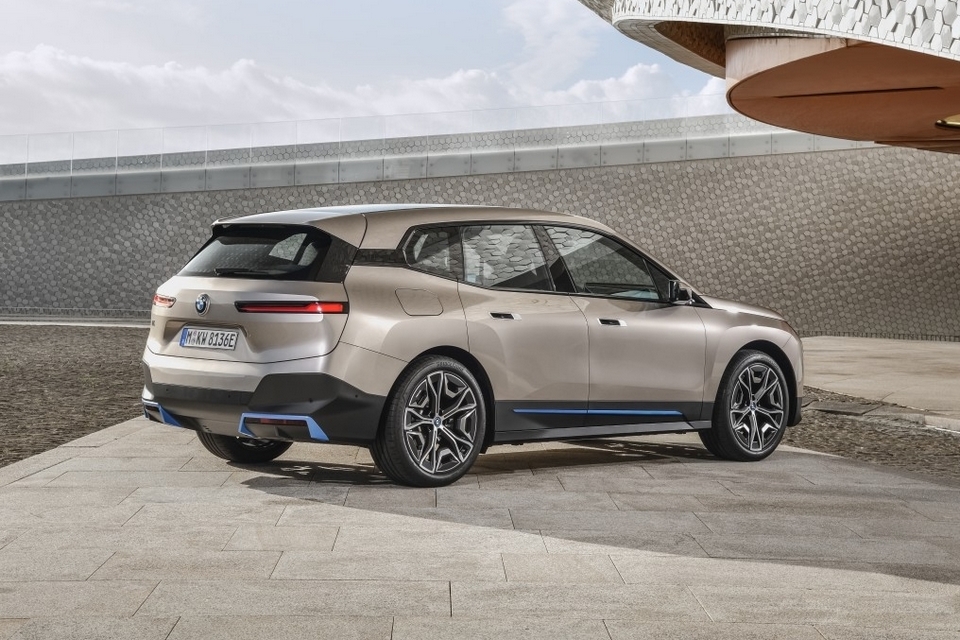 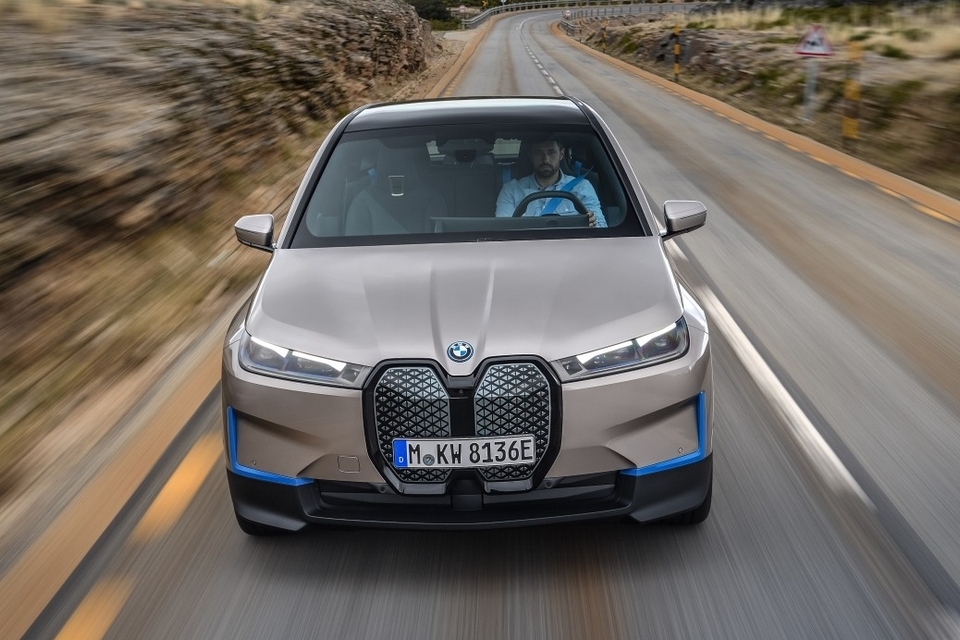