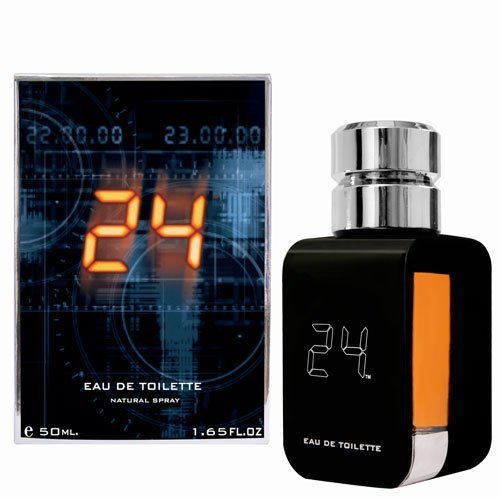 Jack Bauer was awesome — torturing evildoers, blowing up structures and pissing off world leaders with plenty of time to spare.   Now, you can channel his unflinching resolve to save American lives with 24: The Fragrance, an officially-licensed cologne inspired by the unbreakable former head of CTU.

Developed by ScentStory, the perfumed water brings the same “masculine and self-assured” qualities that made Bauer an indomitable hero in pop culture.  You know, despite being a crazy son of a gun who will literally disembowel you while you’re still breathing to get that SIM card you swallowed.  That is, if you’re an evil terrorist, of course.

According to the product page, 24: The Fragrance opens with “vibrancy and dynamism,” courtesy of the coriander, mandarin orange and bergamot blend.  A review said it smells like citrus with oriental undertones,  which I’m imagining as orange chicken with bok choy and baby carrots.  Yummy.

Honestly, I’m surprised it doesn’t just smell like blood and spit, since that’s how I’ve always imagined Jack Bauer’s stench is like.   Except for that time he was tortured on a Chinese barge when he probably smelled like blood, spit and stir-fried instant noodles.

Miss 24?  While buying 24: The Fragrance isn’t going to bring it back, it’s a nice memento from one of the greatest, most violent TV shows ever.  You can get it online for as low as $40.