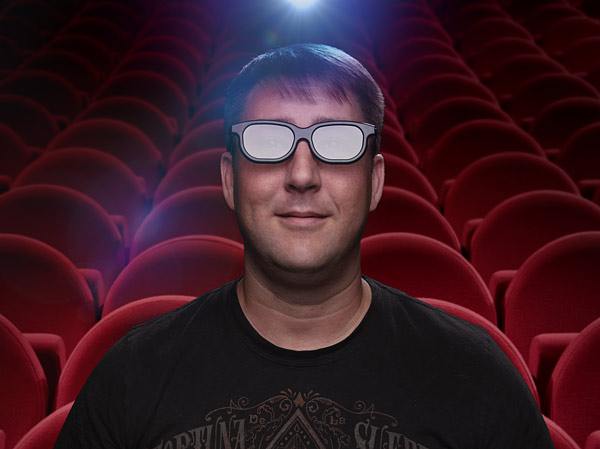 The girlfriend loves 3D, but all that eye-popping optics crap drives you crazy (and, later, puking on the person right next to you).  What to do the next time your girl drags you to one of them overpriced stereoscopic movies?  Get rid of the 3D by slipping on a pair of 2D Glasses.

Just like 3D glasses, these specs will filter all that stereoscopic imagery that appears on the screen so it doesn’t look like an unfocused mess of red and blue.  Instead of tricking your eyes to see in 3D, though, it cuts out one of the duplicate images, leaving you to enjoy a regular 2D movie while everyone around you enjoys their headache and nausea. 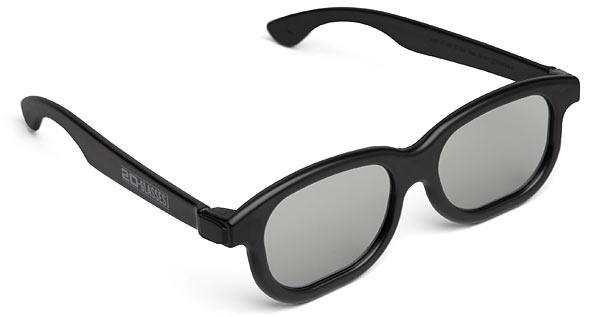 The 2D Glasses are clad in a thick-rim frame made from ABS plastic, similar to some of those 3D glasses currently available in stores.  To do the conversion, the radial polarized optics eliminates the left-eye image from the film, leaving you to enjoy the right-eye picture all by its lonesome.  The glasses are fully compatible with many 3D technologies currently in place, including the Real3D used in cinemas today.

If you hate 3D, but equally hate missing out in being able to go out to the movies with your friends, we can’t imagine a better compromise.  The 2D Glasses are available now, priced at $8.99.