China Can Do Giant Robots Too: Robo Guan Yu 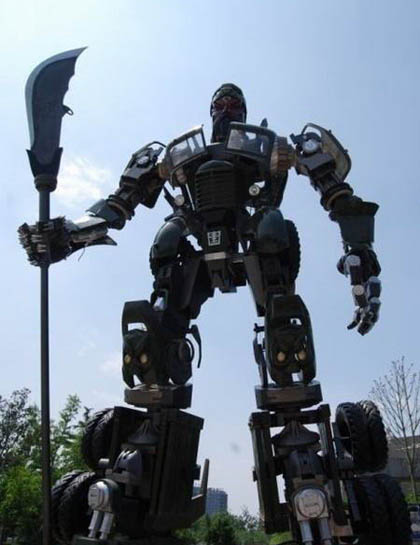 Who says only the Japanese can erect robot monuments?  If the Chinese can do up a giant wall visible from space, a towering robot shouldn’t be too hard.  And that’s exactly what we get with the Robo Guan Yu, a large robot sculpture built in honor of legendary Chinese general, Guan Yu.

Created by Bi Heng, a student from China’s Central Academy of Fine Arts, the Transformer-inspired robot was assembled using parts from a 25-year old Jiefang truck used by the People’s Liberation Army (along with a few other salvaged components, most likely).  And while it cannot  actually transform, the design sure makes it look like it can morph back into a badass military vehicle any minute. 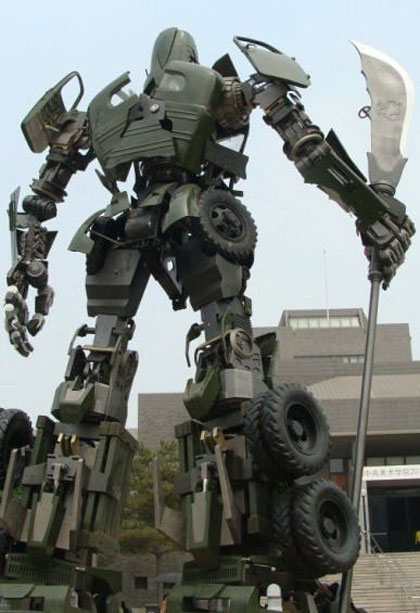 Robo Guan Yu stands 32 feet tall and weighs four tons, making for a truly imposing presence.  Unlike other Chinese Transformer knockoffs (check your favorite bargain toy store for Transmorphers and their ilk), it actually looks pretty awesome with the gargantuan frame and that bladed weapon sitting on its hand.

Bi Heng said it cost the equivalent of around $43,000 to put the robot together, which is obviously money well-spent.  Next step, of course, is to actually put working machinations on these giant robots and have them clashing together.  I’d pay $40 to watch that PPV.