360 Ball Brings Tennis To A Round Court

New sports are fun when you discover them early.  Everybody still sucks at them, so you have a shot of winning a few games before your actual lack of athleticism rears its ugly head.  If you like the idea of swinging a racquet, the 360 Ball just might become your new after-work pastime (at least, on those days you don’t decide to just drink a lot of beer).

Based on tennis, the game is played in a round court with a concave disc in the middle.  Using a racquet, players smash the ball into the disc, prompting their opponents to run after it and do the same.  When your opponent misses the disc or lets the ball touch the ground, you gain a point. 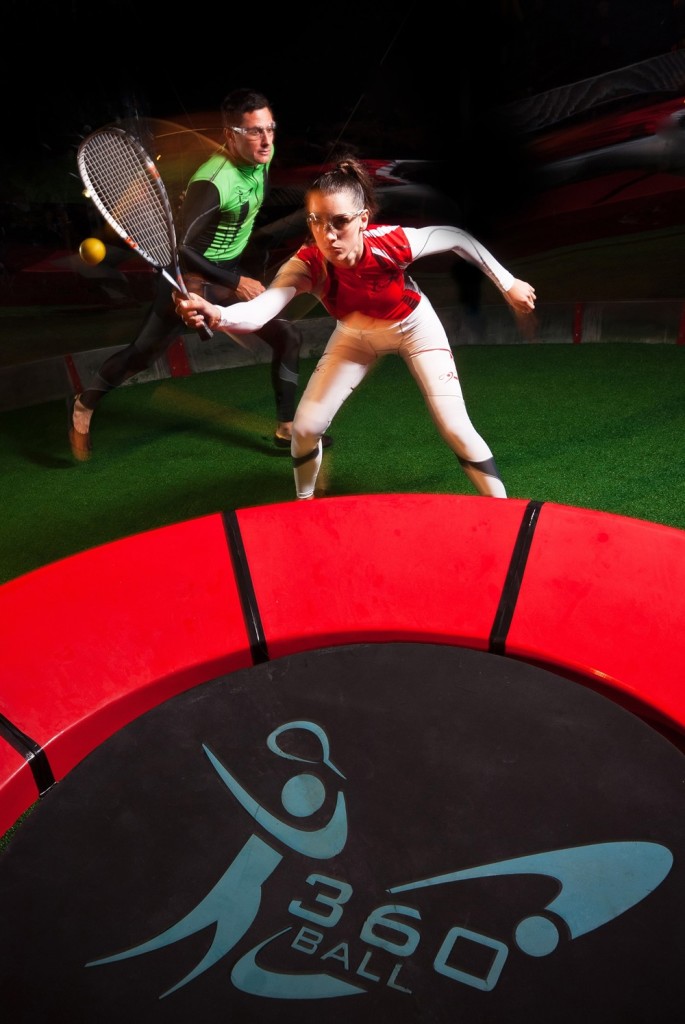 You’re allowed to “pass” the ball to yourself once, which should let you set up for more creative shots (it also slows the pace a little, giving way to some strategy).  In doubles play, you can choose to pass the ball to your teammate, instead of yourself.

The very first 360 Ball court has recently been set up in Knysna, South Africa and it looks like a load of fun.  A fiberglass wall is set up around the playing area (like a UFC cage), with the walls offering another component to use in plays (you can let the ball bounce from the plate to the wall before hitting it).

Granted, 360 Ball sounds more like a novelty game than a serious competitive sport, but isn’t that how all big sporting games begin?  It’s obviously got its supporters, too, with the folks at ISPO (Germany’s sport and fitness show), giving it a 2011 Brand New Award.