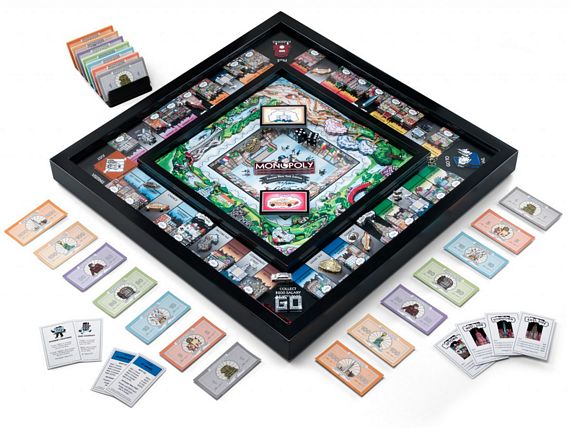 Sure, the $10 Monopoly set you got from Wal-Mart makes for a fun enough board game.  Except acting like a pretend business tycoon is always better when you’re playing on a tabletop set worthy of a business tycoon.  That’s exactly what you’ll get with the 3D Monopoly New York Edition.

Designed and illustrated by pop artist Charles Fazzino, it’s an oversized Monopoly game board set in a modern day version of the Big Apple.   Depicting streets, landmarks, and structures found around the city, you can finally play Monopoly while pretending to be Donald Trump, Michael Bloomberg or any other random rich dude from Manhattan.  Just know that when you play with me, I get to be Jay-Z.  No arguments. 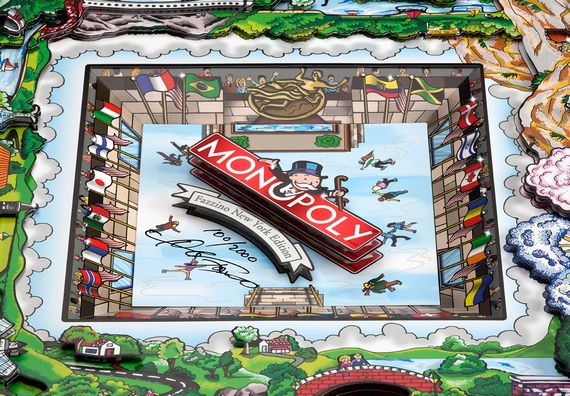 The 3D Monopoly New York Edition measures 23.5 x 23.5 x 2 inches (l x w x h), giving pretend property tycoons a bigger, wider playing space than the classic version of the game.  All the property spaces are covered in detailed 3D artwork, with a center rolling area containing a colorful rendition of Rockefeller Center and Central Park.  It includes a full set of custom pewter tokens, wooden houses, wooden hotels, money, deeds, and cards, along with a wooden banker’s tray.  Rightfully earning its luxury credentials, the tabletop game is adorned with over 170 crystals and foil accents, all housed in a 2-inch-deep wood cabinet topped by a layer of tempered glass. 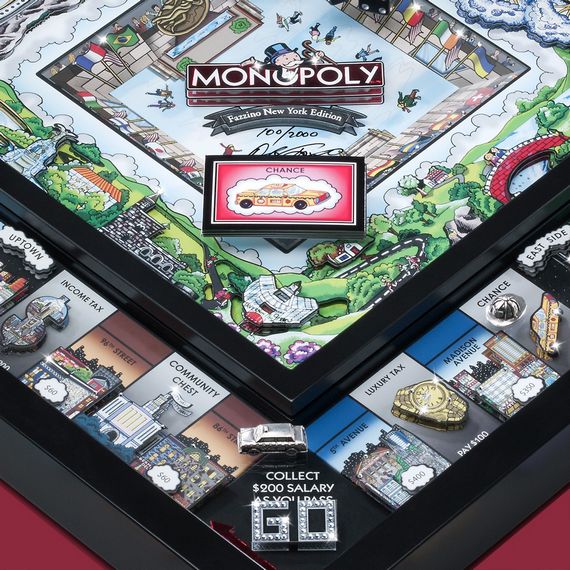 Only 2,000 copies of the 3D Monopoly New York Edition will be produced, each one numbered and hand-signed by the artist himself.  Price is $499.99.

Check It Out Via