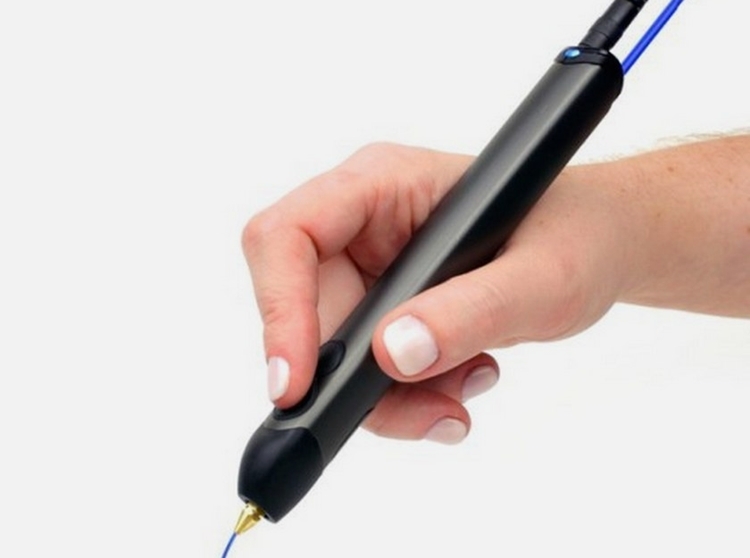 When it first launched, the 3Doodler generated plenty of well-deserved fanfare, with its ability to let you draw three-dimensional objects seemingly out of thin air. While definitely amazing, it had its share of problems, many of which are now being addressed with 3Doodler 2.0.

Billed as a “slimmer, lighter, quieter and easier to use” version, the 3D printing pen now comes in a package that looks more like a regular marker than a chunky gadget (a whopping 75 percent reduction in size), making it easier to grab in hand, as well as carry in a pocket.   And the redesign makes a huge difference in appearance, as this thing looks like a professional tool, instead of a clunky toy like the original.

Aside from the redesigned package, the 3Doodler 2.0 boasts a fully reengineered drive system that makes the internal operation much more stable, along with a new nozzle that extrudes crisper, more accurate lines. It also features enhanced air flow for more efficiently cooling the plastic, dual speed controls so you can choose the pace in which plastic is extruded, and even a manual temperature button for expert users who want greater control over their creations. Power consumption has also been drastically reduced, with the new pen only using half the juice the original device required.

Three kinds of accessories will be available separately for the pen: a stand, a battery pack (so you can 3D print on the go), and a set of six nozzles with different shapes and sizes of tips. Do note, the new version of the pen requires the use of “DoodleStrands,” which measure just 3mm thick, rather than spools, so don’t make the mistake of using the same raw materials for your 3D printer to draw with this thing. Unless you enjoy breaking stuff, which is what using spools will likely do (they’re a bit thick for the pen’s internal components to handle). 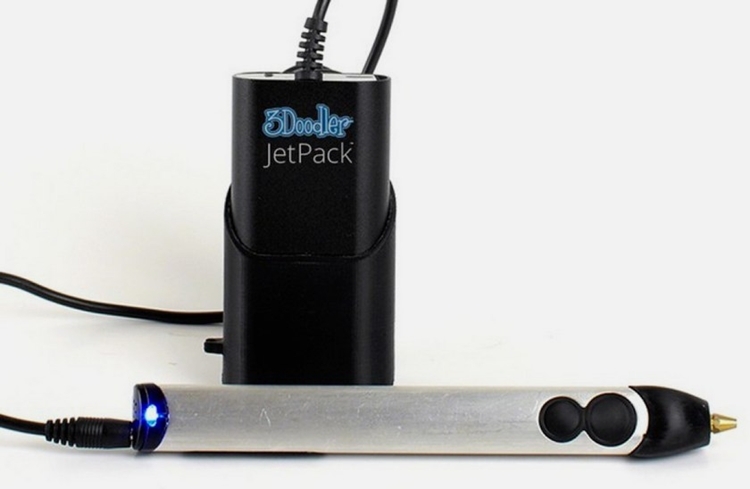 A Kickstarter campaign is currently running for 3Doodler 2.0, with an estimated April delivery. Pledges to reserve a unit starts at $85.