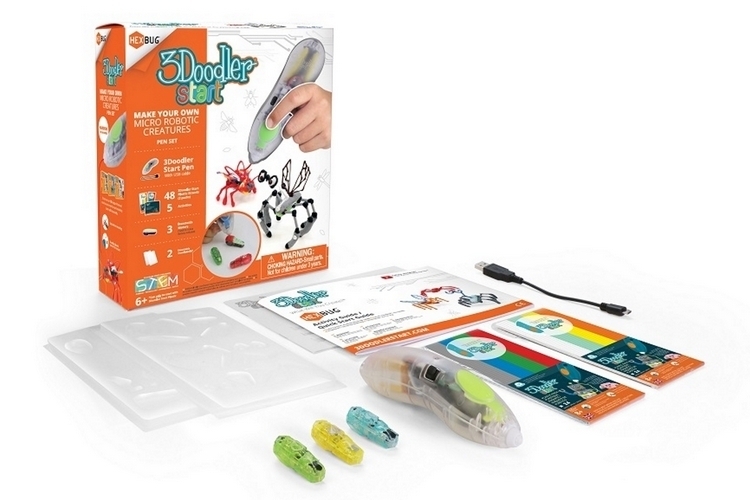 We’re big fans of 3Doodler, the 3D-printing pen that lets you draw plastic objects out of thin air. Not only did it simplify the whole process, it also made fabricating objects accessible to kids. The new 3Doodler Start Micro Robotic Creature takes the fabrication possibilities even further, allowing kids to 3D-print their own motorized robots.

A collaboration with Hexbug, the kit bundles the 3D printing pen with the toy robot outfit’s motors, which kids can use to power their own custom automatons. Do note, these look to be simple vibrating motors that will trigger motion by shaking, so you’re, pretty much, restricted to crafting robots that perform basic movements, such as hopping and crawling. You know, like Hexbug’s line of robotic insect toys. 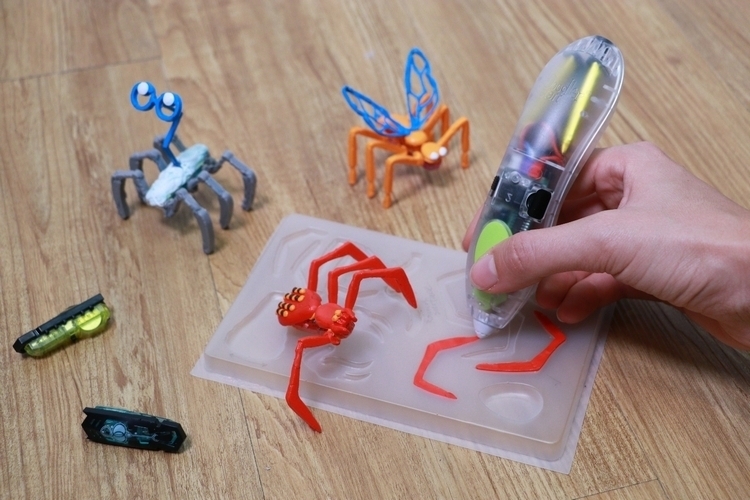 The 3Doodler Start Micro Robotic Creature is made up of a 3Doodler Start Pen, three Hexbug motors, two packs of multi-colored plastic sticks, two mold sets, and an activity guide. The Start pen is a kid-friendly version of the regular 3D-printing pen – one that comes in a size and build that’s more suited for younger users. Using it works much the same way as the original pen: simply insert a plastic stick at the end of the pen and press the button to extrude the plastic out of the nozzle. When you press the button, the pen will melt the plastic before extruding it off the tip in semi-liquid form, allowing you to shape it to your liking. Do note, the melted plastic will take 30 seconds to harden, so you have time to pat it down in order to shape it, if necessary (it’s warm, but not hot).

Each motor comes in an enclosure measuring a little over an inch, with a switch underneath that allows you to turn it on and off. The basic idea is to use the motor as the robot insect’s body, then attach an assortment of parts onto it, such as wings, legs, and whatever else you can imagine. And, yes, you’re supposed to glue the parts onto the motor module, unless you have some other idea about how to attach them to each other. Aside from robot insects, you can, pretty much, design any kind of object you want around the motors – you can draw some wheels, a cab, and a spoiler, for instance, to create a hopping car, as well as recreate your own favorite Starfighter and stick it onto the motor. 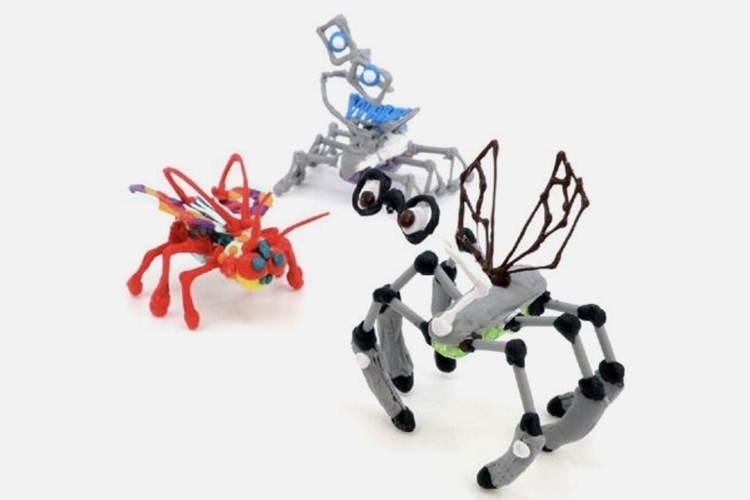 Since this is aimed at kids aged as young as six, the 3Doodler Start Micro Robotic Creature comes with mold sets that children can use to create various insect parts, saving them from the frustration of drawing poorly-shaped parts. The set, by the way, comes with an activity guide that takes kids step-by-step through six unique projects to help get them started. Oh yeah, it comes with 48 strands of stick, so you might want to buy more if your kids end up enjoying this thing.

The 3Doodler Start Micro Robotic Creature will be available later in the month. 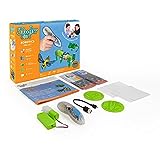