3Doodler Is A 3D-Printing Pen 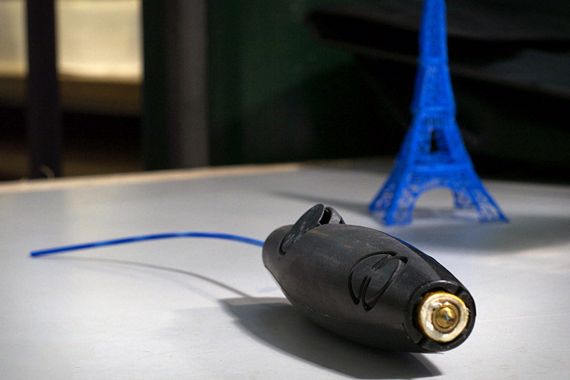 Home 3D printing is hot right now.  Problem is, the learning curve isn’t quite that low — you’ll need to understand 3D modeling at a competent level to really get anything done.  The 3Doodler lowers the bar on the skills front, letting you produce 3D-printed creations by simply doodling with a pen.

Unlike other 3D printers, this isn’t a tabletop rig hooked up to a computer.  Instead, it’s just an unusually chunky pen that contains all the hardware, software and materials it needs inside the body.  Yep, a pen. 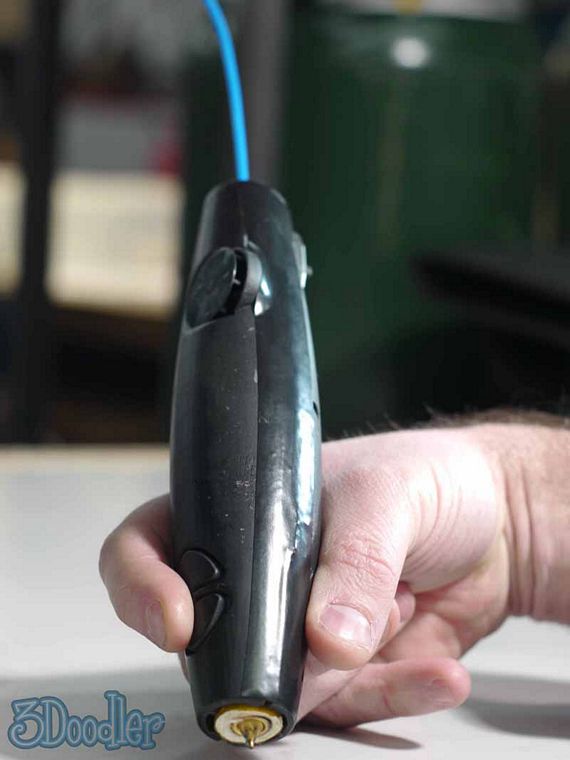 To use the 3Doodler, you just use the pen to draw in the air (or on a piece of paper, if you’re making a two-dimensional piece), with the actual product automatically extruding from the rear end when you press a button (it can produce the product as you draw if you keep your finger on the button the entire time).  Granted, it’s going to take some imagination and creativity, but it does allow you to get started producing 3D-printed products sans the need to learn 3D modeling software tools.

Of course, the things you can produce with a 3D printer pen isn’t likely to be as sophisticated as those with a standard desktop printer and 3D modeler combo.  However, the unique form factor also allows it to be used in unique ways, such as for repairing anything made from ABS plastic — when connecting a broken piece of plastic, for instance, just  draw a connection between the broken parts and you can layer it onto the actual item (basically, welding plastic together).

Currently, 3Doodler is collecting backers on Kickstarter, where the project is fully funded many times over.  You can reserve yourself one starting at $75 (pen plus two bags of mixed color plastic). Below is short video of 3D pen in action.