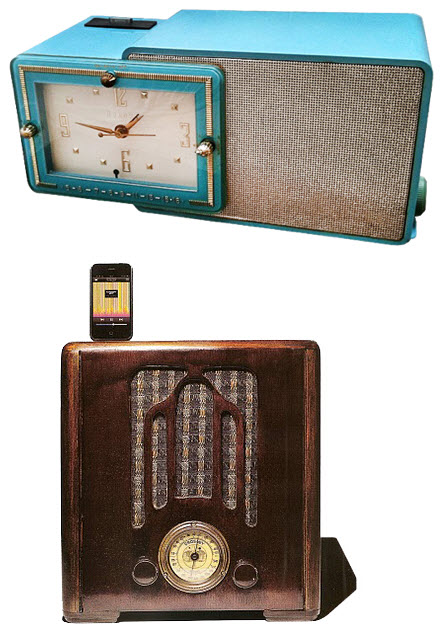 Every time I pass by a store peddling audio electronics, I almost always see an iPod speaker made out to look like a retro tube radio.  Well, 3Ryan’s iPod Docks ditch the “looks like” part, since they’re real antique tube radios retooled into 21st century audio systems.

Based in Brooklyn, the company takes genuine radios dating as far back as the 1920s and converts them into modern home electronics.  While the bulk of their business consists of building iPod docks and speakers, they can also repurpose vintage audio systems into any crazy thing the customer fancies, such as guitar amps, digital radio receivers and WiFi-networked speakers. 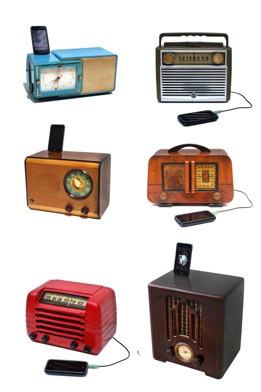 All of 3Ryan’s vintage radio products use real tube parts — many of them still equipped with the same ones they originally shipped with.   Each one gets a surge protector installed, as well as all its capacitors replaced, during restoration to help ensure continued performance for all the tube components.

As for the iPod docks, you can request special iPod-compatible docking connectors (that also charge your gadget when plugged in) or a line-in for using other smartphones or music players.  Sound quality varies from radio to radio, though, so it might be a good idea to do some research before picking one (your likely best bet is to find one with built-in tone control).

The website has a rather impressive gallery of many previous work they’ve done.  Suffice to say, if you’re into the whole retro/art deco scene, you will find these products very appealing (I’m more into Rambo and Chuck Norris, so this Thodio Ammobox is kind of my thing).   Prices vary, but typically range upwards of $300.