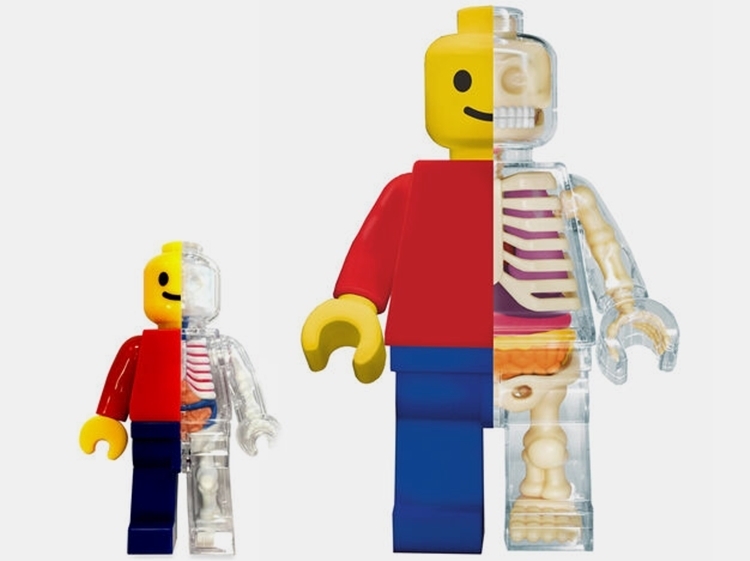 Every LEGO fan is familiar with the brand’s iconic minifigures. They’re one of the things that give the brand its unique identity. Sculptor and toy designer Jason Freeny seems to be a big fan, too. So much so that he actually imagined what they look like underneath all that plastic skin and brought it to life as a giant buildable minifigure in the form of the Brick Man Anatomical Puzzle.

That’s right, it’s a minifigure that you can assemble like a LEGO model, allowing you to put it together the same way you put together all those Technic cars, Mindstorm robots, and Star Wars jetfighters. Sadly, it doesn’t quite offer the same immersive building experience as LEGO modes, as this is the type of thing you should be able to cobble together in just a few minutes. 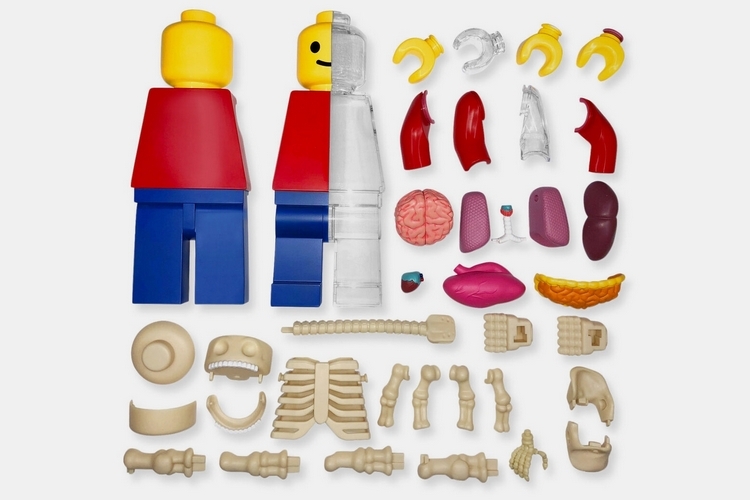 The Jason Freeny Brick Man Anatomical Puzzle breaks down the minifig into anatomical parts that include a skull, a skeletal system, and a few major organs. That way, you can dissect a minifig the same way you dissected a frog back in grade school, then put it back together the same way you assemble your beloved construction toys. Half of the minifig’s body, by the way, is transparent, so you can see its internal anatomy, allowing you to imagine its heart beating, its joints moving, and its brain transmitting electric signals all throughout its body. 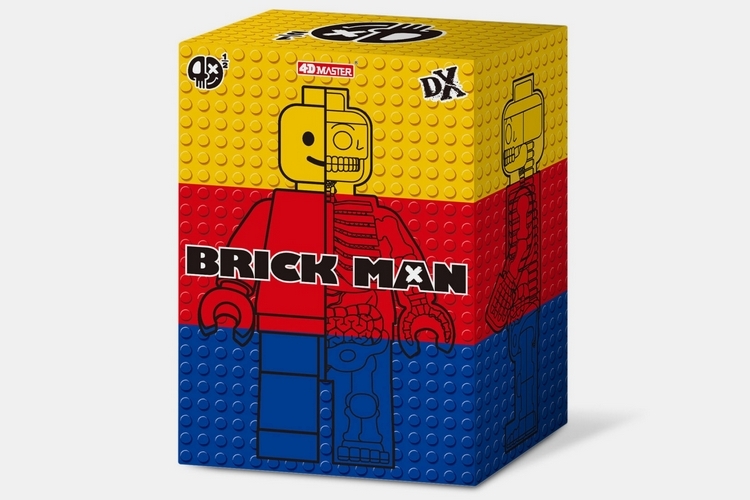 Do note, the toy isn’t sized like a standard minifig, so you won’t be needing to use tweezers to pick up the different parts. Instead, it’s available in two sizes, both of which are larger than LEGO’s conventional figures: a small one that measures 5 x 3.25 x 1 inches (height x width x depth) and a large one that measures 12 x 8 x 2.25 inches.  The smaller model contains 16 pieces and the larger model has over 40 pieces, so the bigger model easily has the more complex design and more display-worthy aesthetic. That also means, it’s likely to be more fun in every way imaginable.

Made by 4D Master, the Jason Freeny Brick Man Anatomical Puzzle is available now, priced at $22 for the small and $99 for the large.