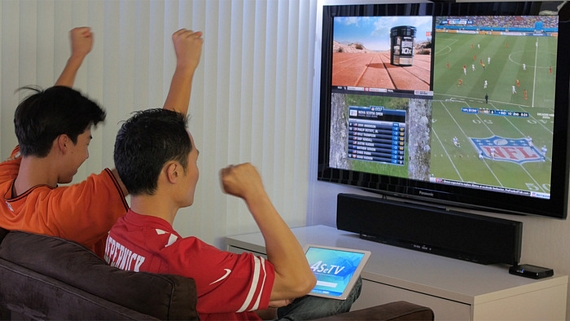 Sports are among the few TV programs where you can turn off the sound and still enjoy every minute of the show.  That’s why the 4SeTV, a tuner that can show four channels on your TV at the same time, is being marketed primarily towards sports fans.

That’s right, four live shows on one screen.  No more flipping the channels to keep up with the PGA Tour, the NBA, the NFL, and whatever other game is being broadcast (like chessboxing or something) – just like being in a sports bar, except you’re in the comfort of your couch drinking beer that doesn’t cost an outrageous amount. 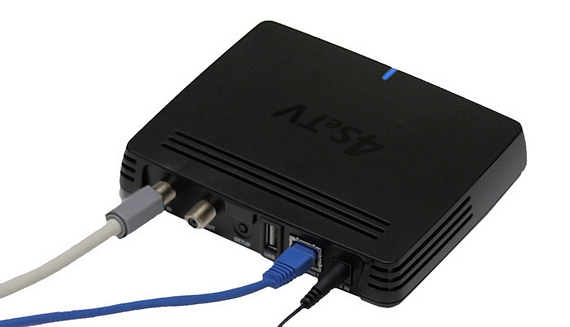 Styled to look like a regular set-top box, simply hook up the 4SeTV to your HDTV antenna, plug in an Ethernet cable connected to your router, and switch the box on.  From there, you can stream any four live streams concurrently to any network-connected devices around the house, including TVs, PCs, tablets, and more.  While you can, of course, use this to watch multiple TV programs in a four-way split screen, you can also stream individual shows up to four different devices.  That way, the wife can watch Real Housewives of Whatever in the living room, the daughter can catch Pretty Little Liars on a tablet, and you get to enjoy two concurrent games while chugging beers in front of the bedroom computer.  Sweet.

As of now, the device only supports over the air channels and clear QAM.  It does have built-in support for DTCP-IP encryption/decryption, a standard used by many pay TV services, and they are looking towards supporting both cable and satellite providers down the line.

A Kickstarter campaign is currently running for the 4SeTV.  Pledges to reserve a unit starts at $99.