This 500,000 Scovilles Naga Chilli Vodka Is Over 60 Times Hotter Than Tabasco 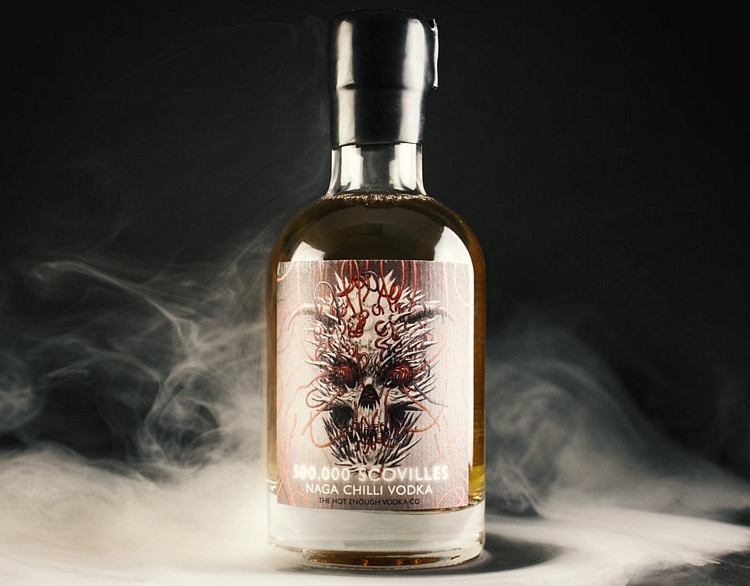 Like every other type of alcohol, most people drink vodka so they can loosen up, gain liquid courage, or otherwise get plastered for whatever reason it serves them. We get it. What we don’t get, though, is why anyone will drink this 500,000 Scovilles Naga Chilli Vodka. I mean, do you hate your digestive system that much?

That’s right, it’s bottle of vodka laced with enough chili to register at 500,000 on the Scoville scale. Sure, it’s probably not enough capsaicin to kill you (a single ghost pepper can go to 1,000,000 on the same scale), but why would you want to drink vodka so hot that it’s likely to make your eyes water while your tongue burns while snot dribbles down your nose? Seriously. 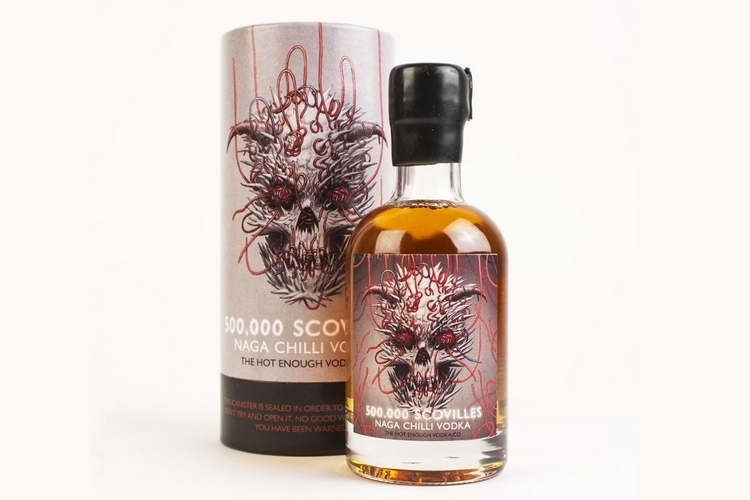 The 500,000 Scovilles Naga Chilli Vodka is a small 200-ml bottle of vodka packing 40 percent ABV that’s been soaked in enough ghost pepper to carry a heat rating over 60 times higher than Tabasco’s hottest sauce (which clocks in at around 8,000).   Will it make you visit the bathroom multiple times? Probably. Will it make you vomit blood? We don’t know. Will it make you want to stop drinking for, at least, the next 30 minutes? Well, if you have to drink the same vodka, probably, so yeah, there’s, at least, some good that’s bound to come from this. Maybe.

The product page describes it as “offensively and painfully hot,” with an express warning for your digestive tract to “be very afraid.” If you aren’t about to heed any those silly warnings, though, you can order the 500,000 Scovilles Naga Chilli Vodka from Firebox, priced at £34.99.