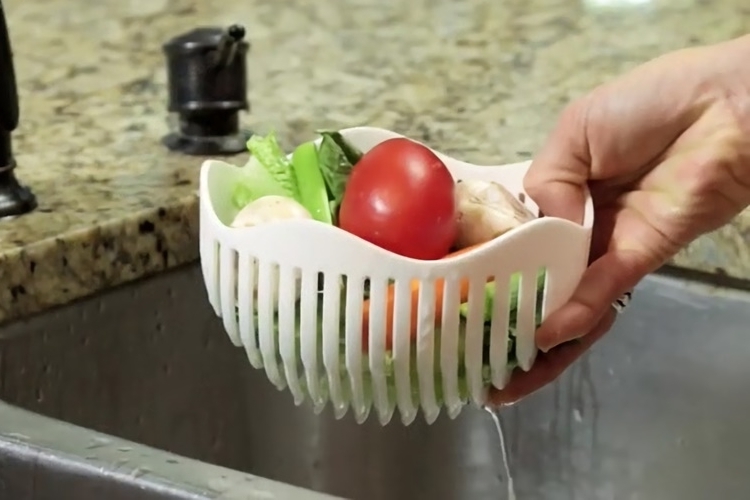 Making a salad is easy enough. Rinse the veggies, chop them on a cutting board, and toss them in a bowl. Done. Granted, the chopping can take a bit of time, especially if you’re not quite a virtuoso at using blades in the kitchen. The 60-Second Salad Maker wants to make the chopping part even easier.

Consisting of a colander and a cutting board that are sized to nest into each other, you can use it to wash your veggies, chop them, and serve them on the table. We know, it sounds mundane. However, the clever design does enable it to allow you to chop vegetables easier than ever before. 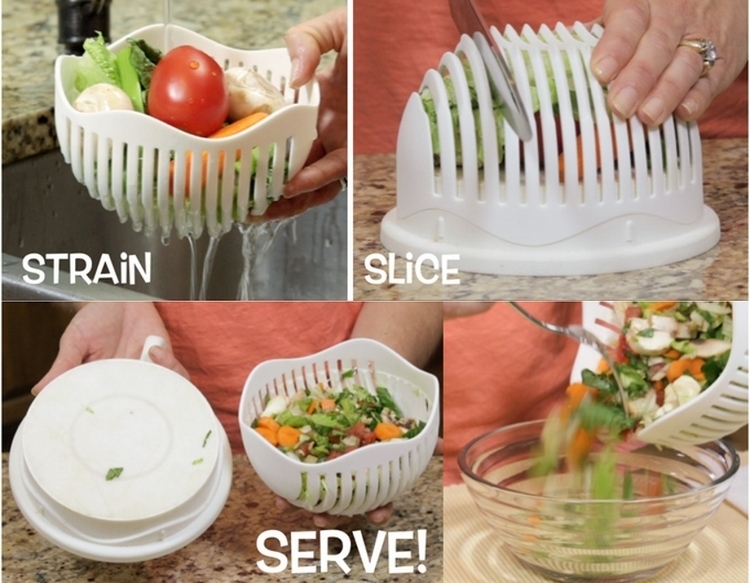 The 60 Second Salad Maker uses a colander bowl with straight slits going from edge to edge, in a size small enough to hold all the veggies in (for rinsing) while allowing a blade to get through. That’s because you keep all the vegetables inside during chopping, laying all the contents on top of the cutting board base with the colander on. To chop, simply run the knife through each of the slits, then turn the colander to a different angle to chop in another direction, and so on until you’re satisfied with the bite-size slices.

When you’re done chopping, turn the assembly over along with the cutting board and remove the board. The result: chopping done in very little time with zero mess.

A Kickstarter campaign is currently running for the 60-Second Salad Maker. Pledges to reserve a unit starts at $14.