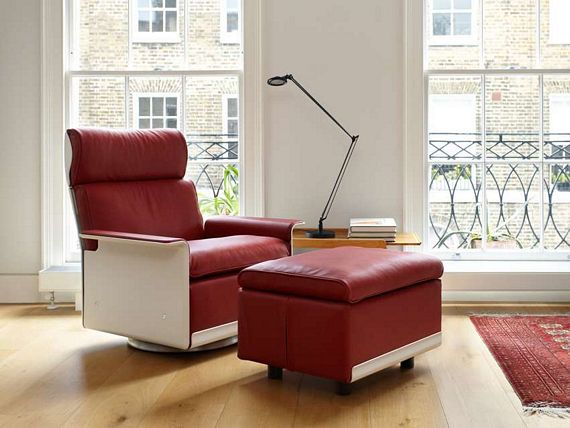 Back in the 60s, Dieter Rams designed a modular seating furniture called the 620 Chair Program, which allowed you to expand a single-person armchair into a sofa with an infinite amount of seats.  It was awesome then and, as it turns out, it’s still awesome now that they decided to revive it.

Made by high-end furniture outfit Vitsoe (stylized as Vitsœ), the piece starts out as a single person armchair with a low backrest.  From there, it can be fitted with modules, such as casters, a swivel base and a high backrest, as well as multiple seats with similar backrests of their own by simply slipping them between the existing seat and the movable armrest. 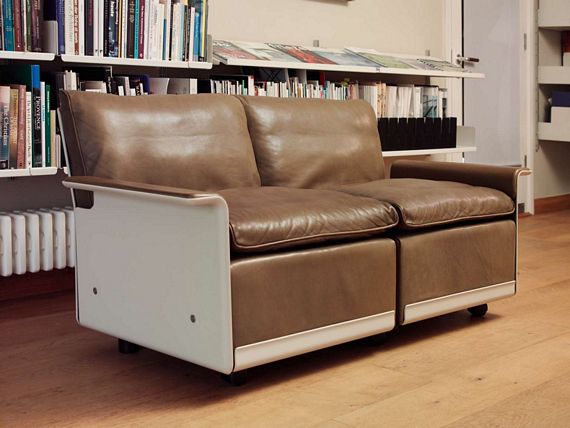 The 620 Chair Program uses a traditional coil-sprung construction housed inside its precision-engineered birch ply base.  All this is overlaid with rubberized-coir molding, a mix of torn coconut husks and natural rubber.  Designed to last a lifetime, the arms and backs are constructed from a warm-pressed sheet-molding compound that’s supposed to be stronger than fiberglass.  Cushions are filled with a mixture of feather and rhombic-cut foam chips that’s upholstered in full-grain aniline-dyed leather. 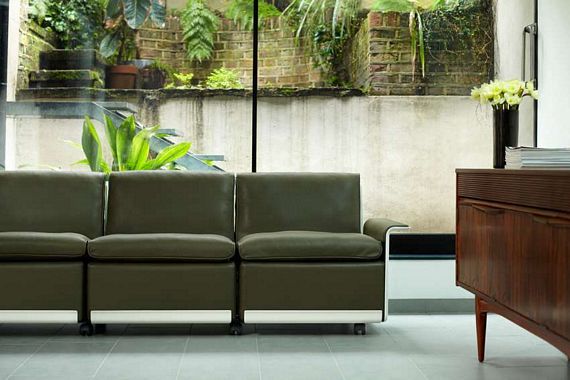 Since it’s been 50 years since the original 620 was produced, the new version is actually reengineered to suit the modern times.  Rams himself worked with Vitsoe to redesign the parts and overhaul the components, improving accessibility to the innards and reinforcing the build.

You can order the 620 Chair Program directly from the Vitsoe website, with prices starting at $3,340 per module.