Lightsabers: You Know You Want One!

No matter how old we get, the sweet, sweet voice of a lightsaber calls to us. With The Star Wars Force FX Lightsabers, you can now own the coolest lightsabers on the market. This humming, honed galactic weapon of doom comes in six sizes, distinguished by names of famous Star Wars characters. If you are getting it for a child, the smaller sized Yoda model may be the right choice, or you can get the blue Obi-Wan model for yourself. Just uh..hide it in the closet your wife never looks in. 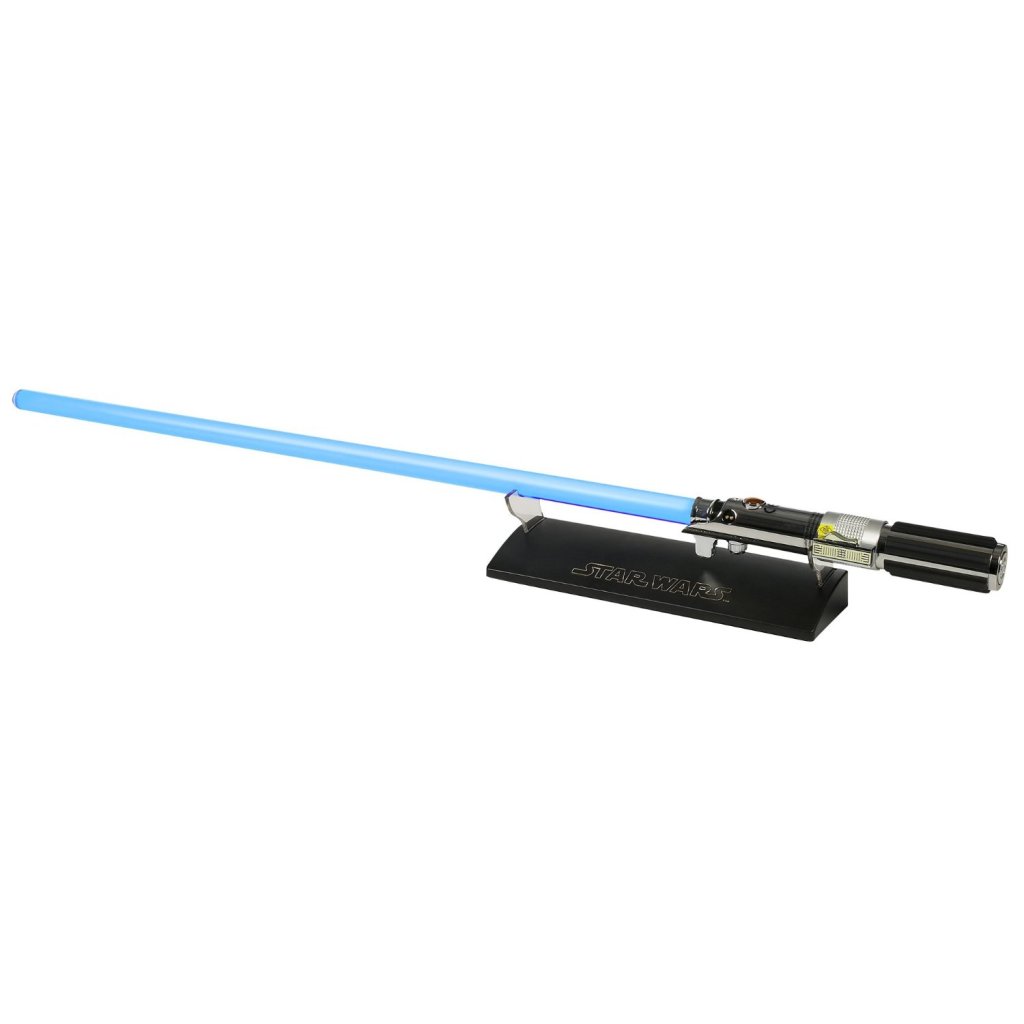 These lightsabers not only look like the real thing, but the metal hilt actually feels like your holding a lightsaber. They also actually light up when activated, and hum while you’re holding them, ready to slash and chop at the nearest co-worker. Fight someone, and with each crash of saber on saber you’ll hear the familiar Kaching sound that lets you know that you are defending the galaxy from the evils of the Empire (or protecting it for the Empire if you’re one of those Empire sympathetics). Four sound effects, digitally recorded from the movie, are included: power up, power down, idle hum and saber on saber sound.

The sound effects on these lightsabers are movie accurate so you can use them to create your own Star Wars videos or just to stage a battle in the break room and make passersby wonder who is watching The Empire Strikes Back on their lunch break. The sabers come in Luke Skywalker (blue blade, from A New Hope) Darth Vader (red blade, New Hope) Yoda (green blade, smaller saber from episodes II and III) Anakin (blue blade from Episode III), Obi-Wan (blue blade, also Episode III) and Darth Maul (red blade, authentically battle damaged from Episode I)

Whether you suspect that your boss is actually a Sith in disguise, or you want to teach your kid brother the ways of the force, you can’t go wrong with the Star Wars Force FX Lightsabers. Just uh, don’t take them out on a date with you, huh?