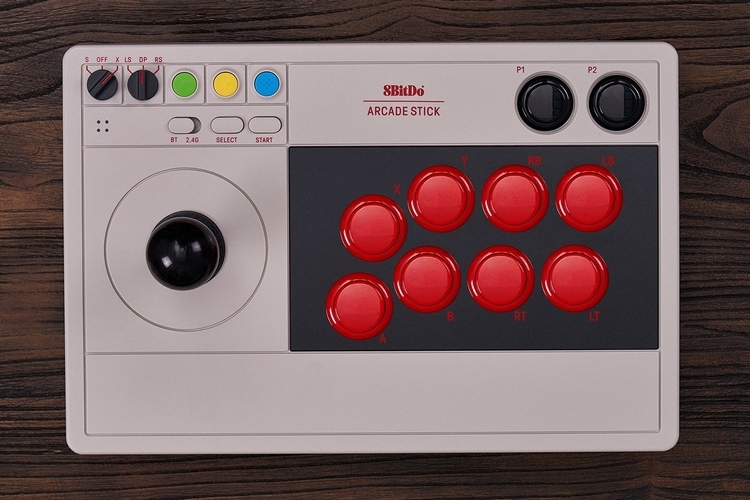 Three years ago, 8Bitdo released the NES30, a large universal tabletop gamepad designed for old-school button-mashing. It’s awesome and we still think it’s one of the best arcade gamepads you can get in the market. The catch? It’s not customizable, so you’re stuck with whatever control layouts are offered by the fighting games and gaming platforms you’re using. The 8BitDo Arcade Stick frees you from those limitations.

A customize tabletop arcade gamepad, the controller allows you to map every single one of its buttons, so you can assign any move to any button combo you find most comfortable, allowing you to tailor the gamepad exactly to your liking. That way, you can play Super Smash Bros Ultimate one moment, Mortal Kombat 11 the next, and Samurai Shodown an hour later without getting confused with the wide variance in controls for similar moves, as you can easily remap every button, so that you’re playing with a similar layout, regardless of the game. 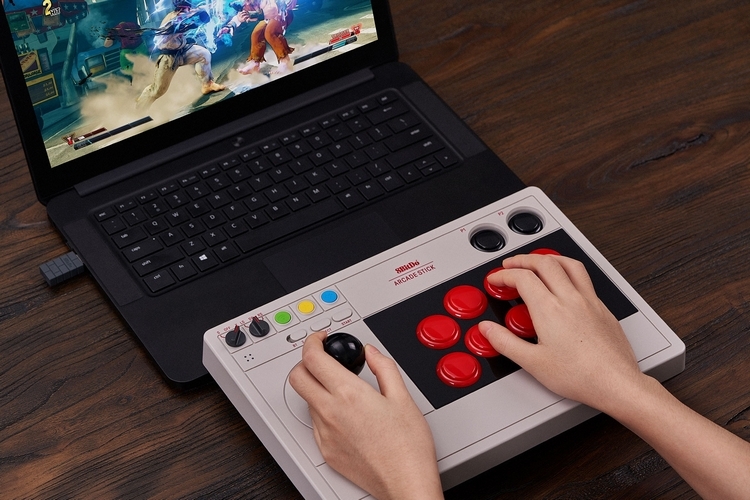 The 8BitDo Arcade Stick comes with a joystick on the left side and eight action buttons on the right, allowing you to enjoy classic arcade games by furiously pushing a joystick and slamming on large buttons the same way kids did back in 1995. They also added two extra buttons, P1 and P2, above the standard control buttons, which are designed to serve as dedicated macro buttons. That’s right, you can create macros on this controller, allowing you to chain moves and perform complex combos without actually having to perform the necessary button sequence. We know, that’s kind of cheating, but cheating does have a way of making things more fun for some people. For reference, just look at all the cheaters dominating the lobbies on every single competitive online game out there. 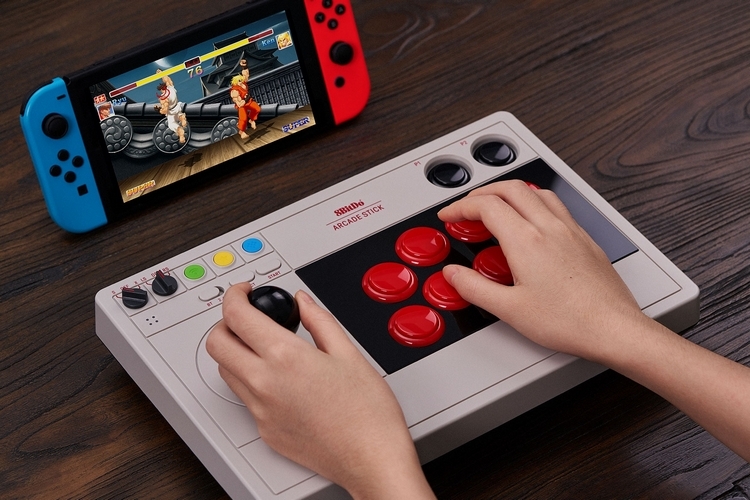 Apart from button mapping and macro creation, the gamepad also allows you to physically customize every single one of its controls. That means, you can swap in any 30mm and 24mm arcade button you want, allowing you to just buy the controls, instead of buying an entirely new gamepad. The joystick can be replaced, too, as the mounting plate is fully compatible with a variety of Sanwa, LS, Seimitsu, Happ, and IL arcade sticks. So yeah, this is customizable both physically and digitally. 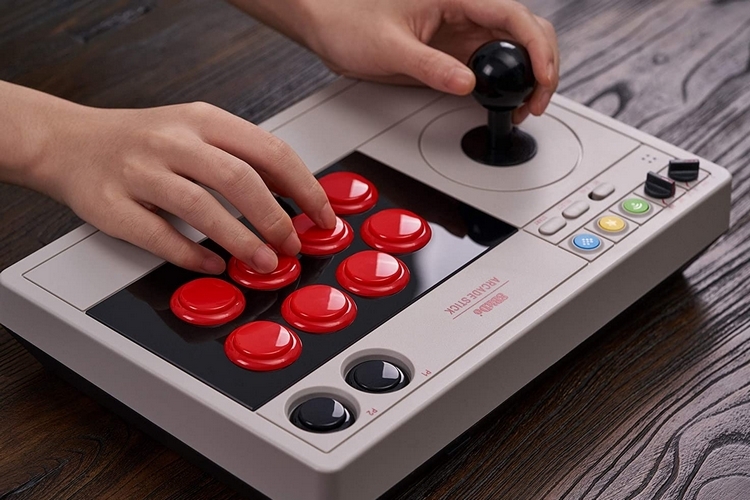 The 8BitDo Arcade Stick is only compatible with two platforms: Nintendo and PC. A switch on the left corner allows you to tell it which platform you’re playing on, which will then change the labels on the action buttons accordingly (yep, it’s got two sets of labels that light up, depending on which system you’re using). It can connect wirelessly with your devices either via Bluetooth or a 2.4GHz receiver, which can be stashed in a discreet compartment in the body of the gamepad, all while giving you the option for tethered gameplay via USB-C. The built-in 1,000mAh battery, by the way, allow you to play untethered for up to 40 hours over 2.4GHz and 30 hours over Bluetooth between charges.