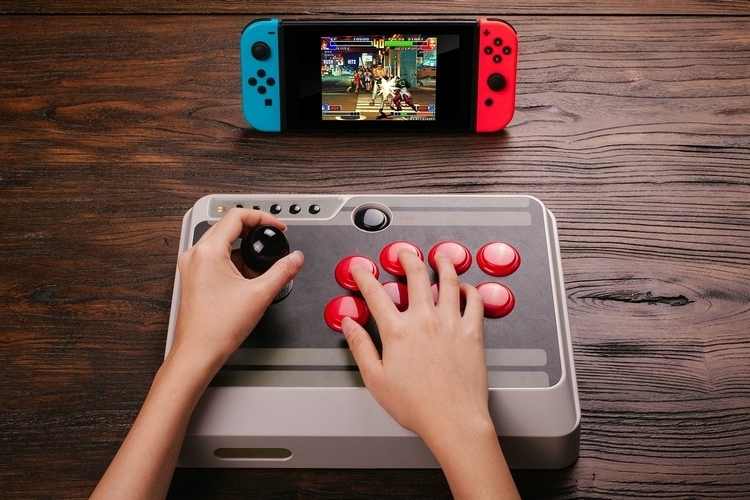 If you own a Nintendo Switch, then you’ve probably noticed yourself playing more and more fighting games, with Ultra Street Fighter, King of Fighters, and Samurai Showdown, among others, all finding their way onto the platform. And when you’re playing classic-style fighting games, you’re going to want to do some classic button mashing. The 8Bitdo NES30 Arcade Stick is built just for that.

Designed to replicate the feel of 90s-era arcade gaming, the gamepad combines a large joystick with eight large action buttons that you can use to unleash hadokens, shoryukens, and hyakuretsukyakus on all your opponents. No more failing to complete combos because you’re dealing with tiny controls – this thing lets you experience fighting games the way they were meant to be played. 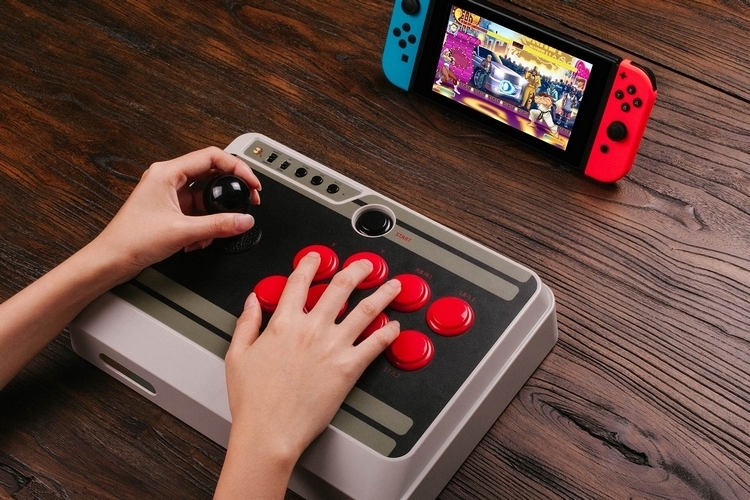 The 8Bitdo NES30 Arcade Stick is designed for wireless use, so you can park in front of your Switch console without having to deal with a mess of tangled cables. Since it’s designed to replicate arcade gaming, the darn thing is huge, making it ideal for playing at home, but not quite for bringing around the places you normally bring your Nintendo Switch to. Do note, it’s not that huge that it can’t fit in most backpacks (it can at 11.8 x 8.9 x 4.6 inches, width x depth x height), although we doubt you’ll want to use up all that much space just to bring an arcade controller along.

Afraid of breaking the controls from all the button mashing you’re already imagining yourself doing? Not a problem, as the darn thing is designed for easy maintenance, giving you the ability you to replace both the buttons and the joysticks all by yourself using standard components available in the market. And, yes, there’s absolutely no soldering required, so even novices can get it done. 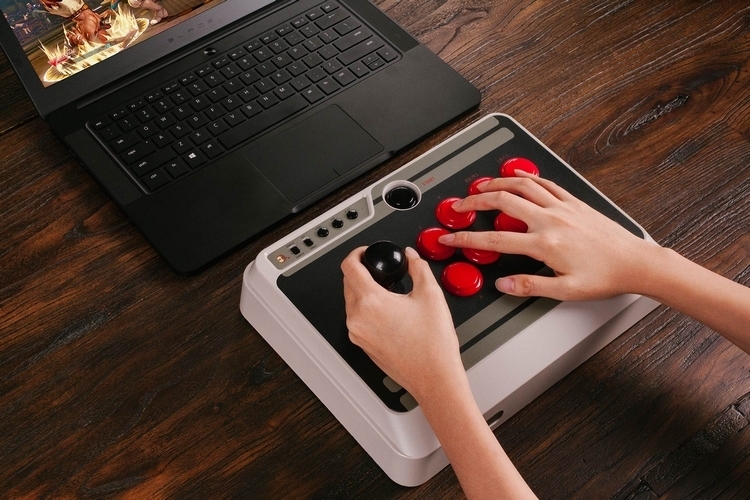 While designed for the Switch, the 8Bitdo NES30 Arcade Stick is also compatible with Windows (7 and above), Android (4.0 and above), MacOS (10.7 and above), Steam, and homebrewed Raspberry Pi rigs via the integrated Bluetooth connection, so you can bring the button mashing mayhem to every platform where fighting games are available. There’s also a supplied USB cable if you prefer tethered gameplay for whatever joy it brings your way.  To ensure it can play nice even with legacy software, it also supports the old D-input protocol, along with the X-input that Microsoft introduced for the Xbox 360.

Since it’s designed for wireless play, the gamepad comes with a rechargeable battery, a single charge of which will see you through up to 18 hours of gameplay. That means, it should allow you at least six hours of sleep in the event that you find yourself addicted to fighting games like it’s 1995 all over again. 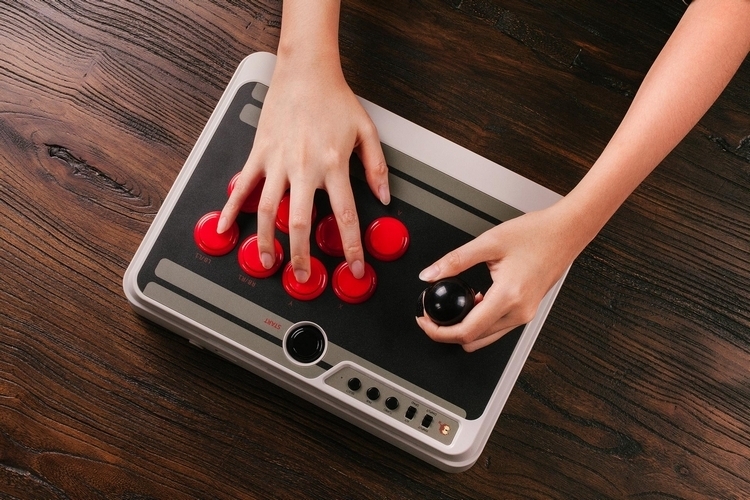 From what we can see, the size and build of the 8Bitdo NES30 Arcade Stick looks perfect for simplifying homemade arcade cabinet setups. Just build a compartment for this thing, another for a tablet, and you’ve got yourself a legit button-mashing station straight out of video game history.

The 8Bitdo NES30 Arcade Stick is now available for pre-order, with an August 20 ship date.