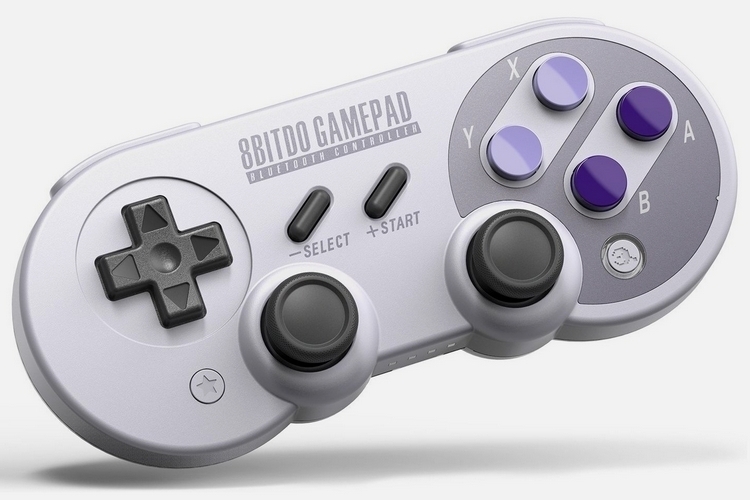 It looks like a Super NES gamepad from the early 90s. Until, of course, you start noticing the differences. You know, like the dual analog sticks at the bottom and the buttons on the shoulders. That’s because it’s the 8Bitdo SN30 Pro, a modern game controller that’s been styled to look like the gamepad from Nintendo’s classic 16-bit console.

Billed as a “full-featured retro controller,” the gamepad bundles the classic design with modern tech, fitting it with the same kind of capabilities you’ll find in contemporary controllers. No, they didn’t quite go all-in and put trigger paddles in the back, but they did throw in everything short of doing just that. 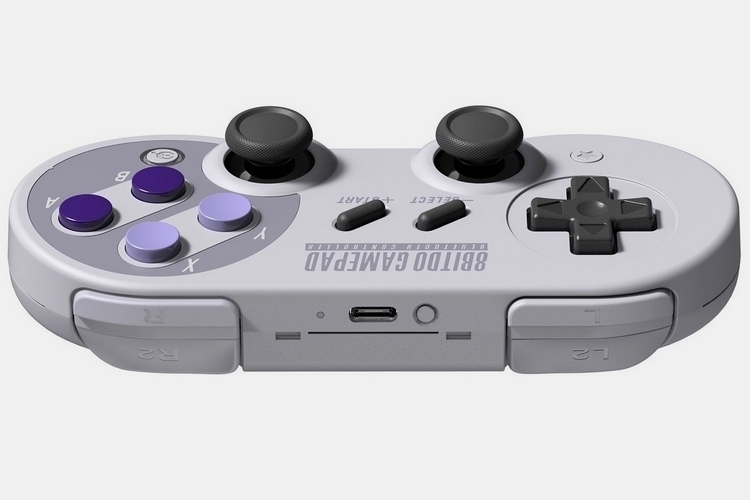 The 8Bitdo SN30 Pro is a modified version of the outfit’s SN30 controller, adding analog sticks, shoulder buttons, motion controls, and rumble vibration to the mix. Like we said, it’s a modern controller. Those left and right analog sticks, by the way, are clickable, too, allowing you to expand the control options on whatever game platform you plan to use it on. They also threw in “Home” and “Screenshot” buttons, which you can use as shortcuts, provided they’re supported in the platform you’re playing in.

There aren’t any details on how either the motion controls or the rumble vibration work. We’re guessing the former works much like a smartphone, so you can drive cars, direct your character, and perform movements by simply moving the controller around. The latter, though, should add an extra dimension to mobile gaming, since most small controllers choose to ditch rumble feedback. Do note, this is standard rumble vibration, rather than the HD rumble that’s quite the trend these days. 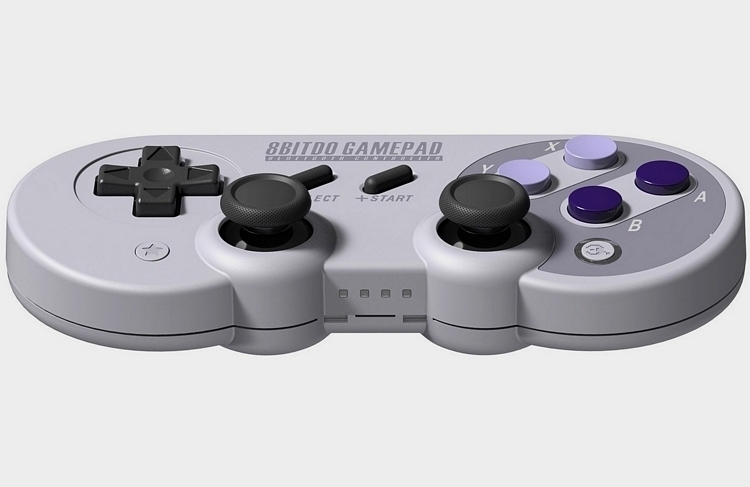 As with their other controllers, the 8Bitdo SN30 Pro is designed to work on different platforms. That includes the Nintendo Switch, Windows (7 and above), Android (4.0 and above), macOS (10.7 and above), Steam (Mac and Windows only), and Raspberry Pi. If you’re wondering why it isn’t on the list, iOS isn’t actually supported, which is possibly one of the most surprising omissions (it’s usually the first one to get support). An optional smartphone clip that you place on top of the device allows you to dock a smartphone right above the game pad, so you can take the whole ensemble with you as a single device of sorts. 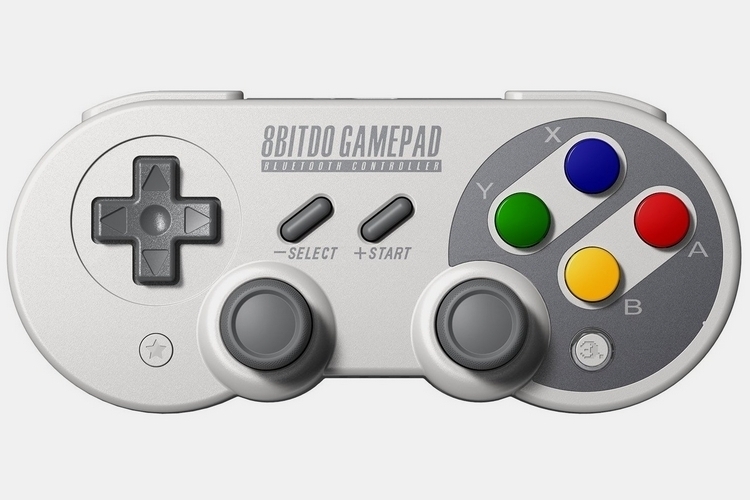 It has both Bluetooth 4.0 for connecting wirelessly with your devices, as well as USB-C for those times you’d rather play tethered to save on power.  According to 8Bitdo, the D-pads and the action buttons are all designed to feel like the classic Super NES gamepad, so retro fans who pay attention to those kind of details should recognize the faithful recreation of the controls. It comes in two color schemes: one that looks like the one from the Super NES and one that looks like that from the Super Famicom, which are the same thing, albeit with slight variations in colors.

Want one? The 8Bitdo SN30 Pro Game Controller is now available for preorder with an early December ship date right in time for Christmas.