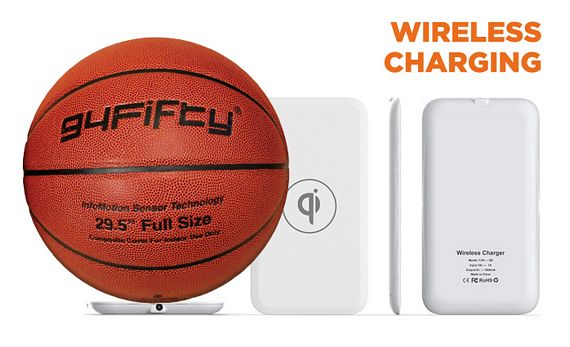 We’ve seen a Nike+ sensor for basketball training before, but doesn’t it make better sense to cram sensors on a ball, too?  That’s the rationale behind the 94Fifty, a practice basketball packing its own set of performance-measuring sensors.

Made by InfoMotion, the ball can measure a variety of data such as how quickly a player is releasing the ball, the amount of arc on a shot, the quality of release and backspin, and dribbling speed, among other information that should be relevant to both players and coaches alike.  That way, you don’t just rely on the sharp eyes of coaches and trainers on the court — you get objective input from automatons that can capture things way beyond the scope of human detection without having to review hours upon hours of tape, too. 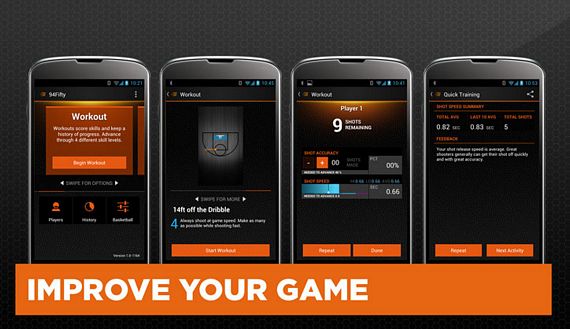 Like other fitness trackers, the 94Fifty combines both training sensors (on the ball itself) and a smartphone app, which communicate with each other over Bluetooth, as well as a Pixel Qi wireless charging system.  It has four modes: Workout, Quicktraining, Compete and Challenge.  Workout is a mode for improving skills, compiling your scores over time as you advance through four levels comprised of 50 different drill challenges.  Quicktraining, on the other hand, is a free-form version of Workout, letting you perform any shooting and dribbling drills you want.  Compete is a head-to-head competition that allows a single ball to track performance by up to four players, with over 40 drills available for use as your game of choice.  Challenge is, basically, the social component, where you can pit your numbers against other users around the world.

InfoMotion is currently collecting funding on Kickstarter for the 94Fifty.  Pledges to reserve one of the sensor balls start at $195.