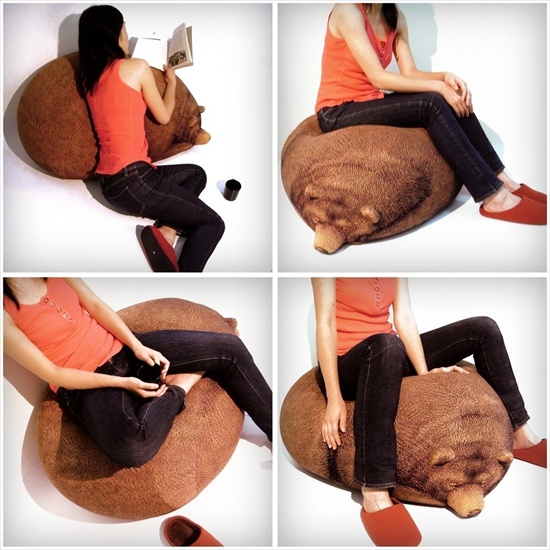 Bears may be cute.  However, they’re also freaking scary.  That’s why I’ll probably run out in horror the first time I see this Grizzly Bear Bean Bag lying in my living room, which looks like a real wild animal sleeping its beastly ass off.

A functional bean bag that will perfectly sit your fat ass, the sealed bag is clad like a sleeping Grizzly bear, rolled up in quiet slumber.  The creation is so true-to-form that it scares me seeing the thing;  it’s like a real bear that’s going to wake up and snatch whatever food you have on your hand – tearing your arm off along with it. 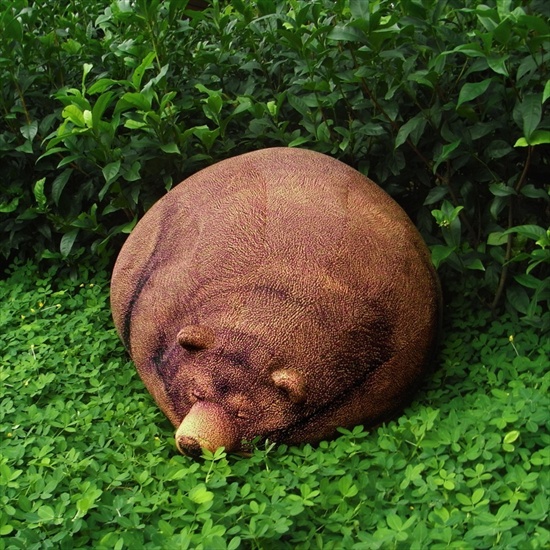 The Big Sleeping Grizzly Bear Bean Bag measures 51 x 70 x 103 centimeters and is rounded everywhere, except the head (which is shaped like a real bear’s crown).  It features knitted bear graphics, allowing it to mimic the animal’s furry hide better than usual printed upholstery.  Like any regular bean bag, it can function as a cuddly pillow, a comfortable chair and a foot stool, among others.

Ever wanted to roll around the forest with a clawed beast but were too afraid too try?  We won’t recommend you start now (it’s dangerous), but you can mimic the feeling with this guy in tow.  Just stare into that peaceful, sleeping face and go.

The Big Sleeping Grizzly Bear Bean Bag’s cover can be taken off, washed and even hung on a clothesline, so you look like you’ve got bear hide dangling in your backyard.  It’s available from Etsy for $135.